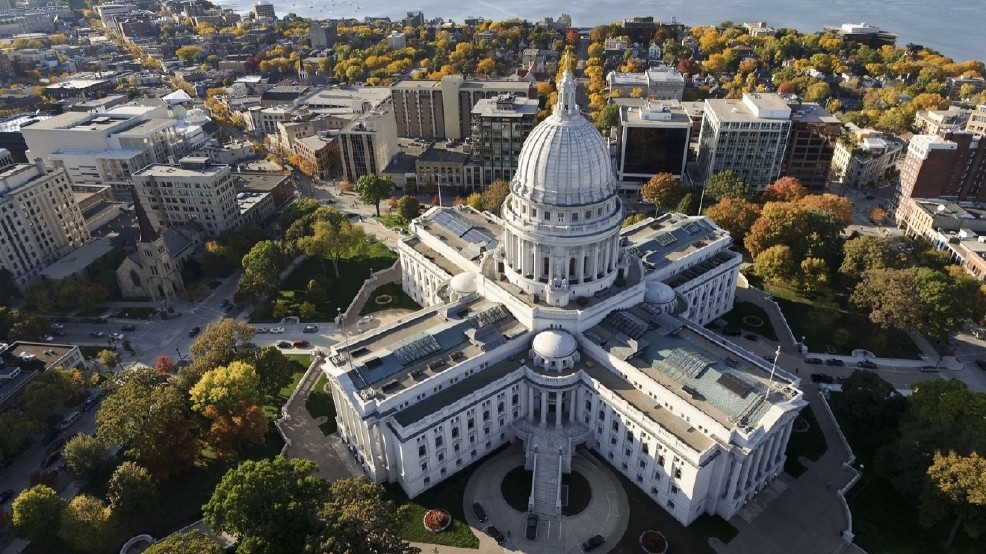 #1 - WISCONSIN / Madison is a thrilling mix of old and new, with breathtaking autumn views, a world-famous farmer’s market crowding the square, and swarms of red sweatshirts everywhere you look. / Image courtesy of the University of Wisconsin / Published: 11.2.16
SEE MORE

The Big 10's College Towns Ranked (... Because We Like To Upset You)

What is the anatomy of a great college town?

Its nightlife?
Its transit?
Its distinctive character?
All of the above?

Sure. But a college town must also have the intangible vibrancy that illuminates college in our memories and imaginations. Call it the sophomoric triangle of being young, stupid, and free all at the same time -- a good college town brings all that out.

After all, at a basic level, college towns are simply large playgrounds that sell beer and pizza to manic, id-obsessed teenagers. Sure, many college towns are more than that. But if we’re looking for what sets certain towns apart, the best seem to subsist on an illusion that tells college kids “this is what the world is really like," even if it's not.

I really don’t want to pile on West Lafayette. Purdue is a great school, and it just doesn’t deserve it. So I won’t. I won't belittle this proud Indiana town. I won’t talk about its stunning lack of bars. I won’t mention its puritanical liquor license rules. I won’t elaborate on its monotonous architecture. I won’t even comment on its historically terrible football team. I would rather end this list in silent protest than flog the dead horse that is West Lafayette's aggressively average cultural attractions.

(But seriously, Purdue you're great -- and we love you.)

You know how I said Evanston’s vicinity to Chicago wasn’t necessarily a good thing? (Oh wait, that's a little later down in this list. We'll get there.)

Well, College Park’s vicinity to Washington D.C. definitely is a good thing, that is. And that’s not just because I happen to enjoy D.C. more than Chicago. It’s also because, in comparison to Evanston, there really isn’t a lot going on in College Park, Maryland. The campus is gorgeous. The surrounding area... well, it would be in poor taste to repeat some of the things I’ve heard from friends who went there.

To be fair to Rutgers, Piscataway is only the location of the university’s football stadium. Much of the university's campus, culture, and nightlife is located across the river in New Brunswick. Now, is New Brunswick a secretly awesome college town on the order of Madison or Ann Arbor? No. But it has more of the usual college-town feel, as opposed to the largely suburban Piscataway.

East Lansing is notorious for its tug-of-war with the university over competing visions for the city’s future. At stake is East Lansing the college town versus East Lansing the town. The latter likely wouldn’t exist were it not for the former, but as ever a delicate touch is required. For the time being, East Lansing itself is fun but unremarkable. Great university. Great students. Great sports. But as the national disrespe(k)t upon which MSU football has thrived now seems increasingly justified, one can’t help but wonder what’s next for this Michigan college town.

Champaign is sort of like Iowa City in that it’s situated among an unexpectedly gorgeous landscape. The downtown is developed and holds many points of interest, while effective urban planning seems to have cleared up those pesky problems of traffic and urban sprawl. It has music, museums, festivals, theatre, and more. Really, Champaign deserves to be higher on this list than tenth. But the Big 10 doesn’t mess around with its college towns, and it’d be hard to bump anywhere in the top nine.

What is there to do in Lincoln but support Nebraska football? Surprisingly, a lot. But the biggest attraction is undoubtedly on the gridiron. The tailgates are legendary, the stadium surfaces singularly from the flat landscape, and the on-field results are beginning to trend upwards. You can’t help but feel happy for the fans, whose developing downtown and fun Haymarket District are obvious attractions.

Warning: This is a feather ruffler. ... With Northwestern, you might assume it isn’t so much about Evanston as it is about what’s 20 minutes away. ...You know, the distended metroplex of unbearable baseball fans and gaudy nightlife that is Chicago. But having lived there for three years, I can confidently say that Evanston is not Chicago. It’s a fun place, sure. But it’s also an area of concentrated affluence, meaning much of that college-town vitality (of which the larger part is perhaps a kind of desperation) is siphoned to the south.

The University of Minnesota is huge, and it happens to be located in the middle of one of the country’s fastest expanding cities. But like Columbus, the university is neither swallowed up by the city nor entirely removed from it. That means students have their choice of progressive transit options, cultural hotspots, and outdoor activities. It also means they have a best-of-both-worlds scenario, as the feel of a college town is preserved even among the abundance of offerings downtown.

You haven’t been separated from civilization until you’ve been to State College, dubbed Happy Valley by just about everyone. But situated among the roots of the Allegheny Mountains, Happy Valley is as idyllic as it gets. On Saturdays in the fall, it’s charged with the energy of 100,000 college football fans. (Perhaps you’ve seen their white-outs?) Otherwise, the town is a peaceful place to enjoy not only culture and shopping, but also fishing, hiking, and camping.

I was surprised during my first trip through Iowa to find the landscape shared more in common with a Somerset moor than the endless farmlands of my imagination. And Iowa City is right in the middle of it, an outpost of arts and nightlife known for its infatuation with books. In fact, books are a cultural industry for Iowa City, thanks to the Iowa Writer’s Conference and events like the Iowa City Book Festival. Yes, Iowa City is a top-tier party school, but don’t (ahem) judge this book by its cover. The plentiful beer is only part of what makes Iowa City great.

My memories of Bloomington center on its progressive subculture of record stores, intriguing restaurants, and hip boutiques selling craft this and small-batch that. The downtown is bustling, the surrounding parks are great for hiking, and the university is as beautiful as it gets. But what sets Bloomington apart is its welcoming feel -- ironic considering it’s the only Big 10 school not connected by an interstate highway. Regardless, it’s a place where no one and nothing feels out of place. And that’s a wonderful thing.

The only bad thing you can say about Columbus is that it isn't Cincinnati. But that’s a fact with which every city struggles, so it would be unfair to single out Columbus for the comparison. Regardless, Columbus has this college town thing down to a science. The student body is active, the culture is hoppin’, and if you squint your eyes, Short North kind-of, sort-of looks like OTR. (Though that’s another comparison that would prove unfavorable for our friends to the north, so I won’t attempt it.)

Ok, so about that unbiased thing... I really wanted to hate Ann Arbor. But you can’t because Ann Arbor is what a college town would look like if you were to draw one up from scratch. Even without the university, it’s a charming place with dining, arts, culture, and a walkable urban layout. But the university’s influx of young and idealistic students supplements all that with the crunchiness and, well, idealism of the college milieu. (Plus, I hear there’s gold in them hills.)

Madison emerges rather suddenly from a green-and-gold landscape, and it's pure magic. The city is a thrilling mix of old and new, with breathtaking autumn views, a world-famous farmers' market (ermergerd cheese curds), and swarms of red sweatshirts everywhere you look. Add the gorgeous lakes, the lakefront university bar, and the invigorating hubbub of State Street to the astonishing urban development, and you’ve got the best college town in the Big 10 -- and probably all of college football.

A word about my neutrality: To my considerable misfortune I was born into the Notre Dame football fan base, a base that surely now ranks among the most innocuous in all of college football. Le sigh.

Having experienced several of this year's debacles first hand, I resolved not to attend another game until it's one I'm sure the Irish will win. Alas, the next such game appears to be against Miami of Ohio in 2017, which happens to be my alma mater. #selfburn (Don’t worry about me, though. I have lots of other things going on.)

All of which is to say, if this list should inspire you to pen a vitriolic Facebook comment, I advise you to breathe into a paper bag for a few minutes. If it still seems like a good idea, go right ahead. I don’t read them anyways. Cheers!