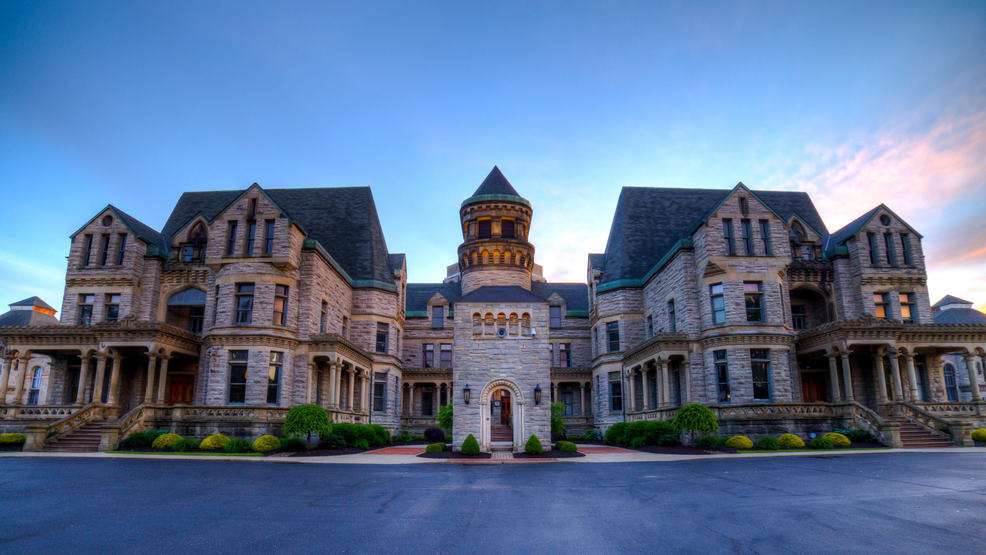 The Creepy Prison Where Shawshank Redemption Was Filmed Is 2.5 Hours From Cincy

We love a good spook this time of year, and so nothing delighted us more than to learn that the Ohio State Reformatory — a former prison-turned-historical site where Stephen King’s Shawshank Redemption was filmed in 1993 — is located in Mansfield, OH, a mere 2.5 hours from Cincy.

Touring any vacant prison is bone-chilling enough, but the Reformatory’s ghastly history only adds to its creep-factor. Though the place started out in 1896 as a place to house non-violent, first-time male offenders — offering such "amenities” as a charter school and working farm — by the 1970s, it was declared a maximum-security prison, and accusations of abuse soon followed. After decades of protest, the prison ultimately closed its doors in 1990 by order of the federal court. Considering how Shawshank’s “the hole” — the lightless cell of isolation where Tim Robbins’ Andy Dufresne is forced to spend two months of his sentence without so much as a bed to sleep on — was reportedly inspired by a real place at the Reformatory, we think that was a good call. (And today, you can climb down into that very hole.)

Intrigued? So are plenty of others, which has helped the Reformatory become a must-see attraction for both Shawshank fans and ghost hunters alike. In addition to a Shawshank Trail, the nonprofit also opens its doors to bonafide ghost hunters, providing them with a meal, a tour of the facility, and then letting them roam until 3 AM in the hopes of documenting paranormal activity.

Another option that piqued our interest was the Inmate Tour, led by a former inhabitant of the prison who walks you through what a “normal” day was like inside the gothic, castle-like structure back when it was in full operation. (It’s worth noting that some tours have minimum age requirements, and that pregnant women and children ages 7 and younger are discouraged from visiting the Reformatory given that the prison still houses lead paint.)

The Ohio State Reformatory is currently closed through October 12, as it's the filming location for Escape Plan 3, starring Sylvester Stallone and Jaime King. When it reopens, it will only be running its Escape from Blood Prison experience, where crazed “inmates” chase thrill-seekers through the prison as they try to escape. (You can just give us a full report, k?) Regular day tours resume Friday, November 24.