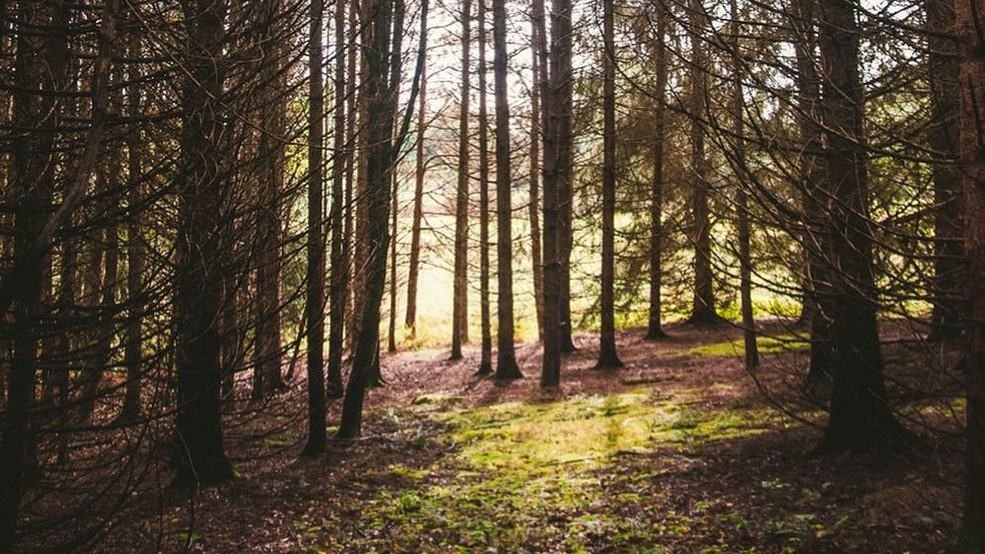 Believe it or not, Ohio is ground zero for Bigfoot enthusiasts and sightings, specifically Salt Fork State Park. All the images in the gallery were taken somewhere at Salt Fork State Park, Big Foot sighting not included (unfortunately). / Image courtesy of Ohio Department of Natural Resources, ohiodnr.com // Published: 11.17.17
SEE MORE

Believe It Or Not, Ohio Is Ground Zero For Bigfoot Enthusiasts

There’s something big, cute, and kind of shy that’s causing quite a stir in Ohio. No, it’s not Fiona the hippo. It’s something much hairier — Bigfoot. Yep, that’s right. There are Bigfoots about in our lovely state; and if you’re lucky, you might be able to meet one for yourself.

Much of the buzz is centered around Salt Fork State Park, about three hours east of Cincinnati. The dense forests and winding canyons in the park provide an excellent habitat for Bigfoots. Google “Bigfoot in Salt Fork State Park” and you’ll find all kinds of information. Some bits will be more compelling than others, of course, but you’ll definitely be surprised by the number of people who are convinced that Sasquatch calls the Buckeye State home.

The popularity of the Bigfoot in Ohio rumors actually attracted the TV show Finding Bigfoot to the park. While the show didn’t unearth anything super conclusive, they talked to a lot of people who claimed to have sighted a 'Squatch. There’s actually an incredibly active community of Bigfoot hunters all across Ohio who are dedicated to unraveling the mystery of this elusive cryptid.

Marc DeWerth is one of the guys at the forefront of this group. He runs the annual Ohio Bigfoot Conference, which will be held at the Salt Fork State Park Lodge on May 5, 2018. This is one of the world’s largest and oldest Bigfoot conferences. It’s been going on for about 25 years now. Pretty surprising, given the Pacific Northwest is generally thought of by some as the most active hotbed of Sasquatch sightings.

Marc, who has had a Bigfoot encounter of his own, believes that there are several small groups, or families, of Sasquatches all across Ohio. Salt Fork State Park has historic significance to Bigfoot research. Marc explained that, when the Salt Fork State Park campground opened in the 1970s, people started reporting strange sightings — half a dozen or so in the first weekend alone. It turns out most of these instances were occurring near the dumpsters; apparently, the Bigfoot had been lured out of hiding by the sweet smell of food. Marc even claims a few park rangers who worked at Salt Fork believe they encountered the beast.

Inspired to do some on-the-ground Bigfoot hunting of your own? Marc suggests finding a densely wooded, remote area with a stream or creek running through it. He theorizes that these creatures travel near water, as they can navigate through it and are able to find plenty of food nearby. Clues to look for include tracks or footprints, mysterious howling noises, and maybe, if you’re lucky, an actual sighting.

If you do experience something weird, you can report it to Marc at the Bigfoot Field Researchers Organization (BFRO.net). This network of believers works to confirm and compile possible Bigfoot sightings into one comprehensive database.

Starting to think that the existence of Bigfoot might not be so crazy? Check out 2018’s Ohio Bigfoot Conference or browse the Bigfoot Field Researchers Organization’s website for confirmed reports near you. And rest assured — you’re not alone. The truth is out there hiding in a cave somewhere, just waiting to be discovered.