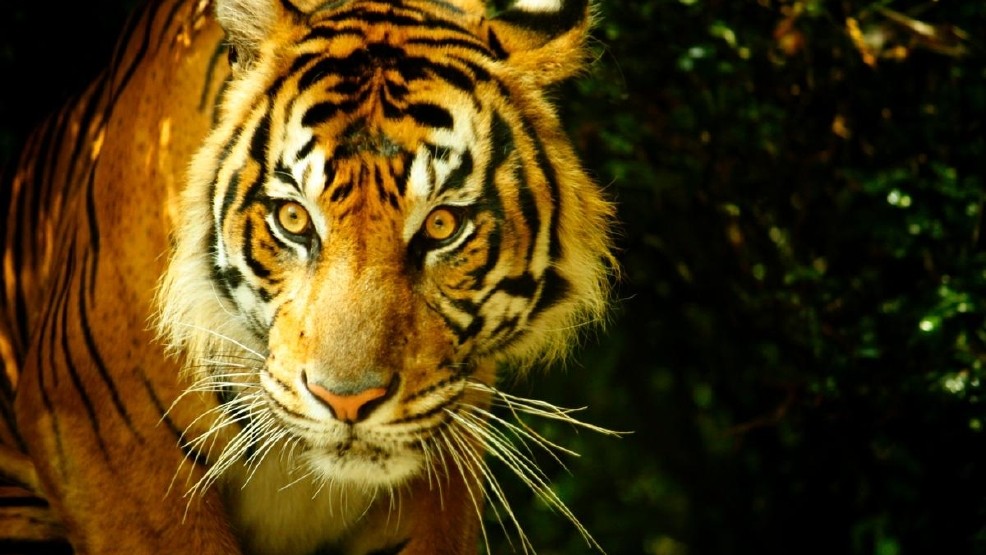 Wild Sumatra, an ecotourism company located on the Indonesian island of Sumatra, specializes in adventures within the massive Kerinci Seblat National Park. In the words of Wild Sumatra, "Responsible travel makes a difference." Take a walk on the intrepid side and get to know one of the last wild places on Earth. [Image courtesy of Wild Sumatra]
SEE MORE

From Cincy to the Rainforest: 10 Questions with Wild Sumatra

Sumatra:
An island positioned in the western portion of Indonesia. (Population: approximately 50 million) Bordered by both the Indian Ocean and the Strait of Malacca -- and home to a broad range of vegetation, animal life, and jaw-dropping natural wonders -- Sumatra enjoys a reputation as a fiercely wild and undeniably unique place.

Wild Sumatra:
"Our mission is to incite your epic adventure while helping to keep Sumatra wild."

Founded by passionate explorers (and former citizens of Cincinnati), this travel company specializes in eco-adventures within the mammoth Kerinci Seblat National Park (13,791 square kilometers. What?!) and the surrounding region.

About five years ago, Luke & Leigha Mackin were living in Cincinnati. Then they made a huge shift. Let's take a peek at what they've been up to.
- - -

Luke Mackin: Hah, that's a tough question! My wife Leigha is from Cincinnati, but I'm a bit mixed up. I was born and raised in Southeast Asia until I was 16. Then off to Pennsylvania to finish out high school and university. After graduation, I lived in Cincinnati for five years. And currently, we've been here in Sumatra for about five years now. Time flies! Is it too corny to say, "Home is where you hang your heart?"


2) What's Wild Sumatra all about?

LM: Our main goal is to support the conservation of Sumatra's magnificent Kerinci Seblat National Park and the economic health of the surrounding areas through ecotourism. We help build the capacity of local guides in the area, and support them in connecting with travelers interested in visiting one of the last wild places on Earth.

3) Tell us about setting up Wild Sumatra. What inspired you to make the move to this particular place, put down roots, and invest in the endeavor?

LM: Oooh, a long, complicated story! But to try to simplify it: from a young age, my parents really instilled in us a value for creation, for wonder and exploration, and for marginalized people.

Since I actually grew up in Southeast Asia, the region has always felt like home. And it was always a goal to return. When I heard about the Kerinci Seblat National Park -- how it's this absolutely massive protected area with more protected forest than in all of Costa Rica, and how it completely surrounds a relatively populated, isolated valley -- I was intrigued.

There has historically been very little tourism in the area, despite some fantastic claims to fame. (It holds the highest population of tigers in any national park outside of India, has the highest volcano in Asia outside of Iran and Russia, the highest caldera lake and wetlands in Southeast Asia, the largest tea plantation in the world, and a huge amount of waterfalls & hot springs.) The park itself is actually recognized as part of a UNESCO World Heritage Site. The culture of the region is also still very vibrant and strong, with it only being opened up to the outside world in the early 1900s.

So we see so much potential for ecotourism, as well as so much need. The isolation of the area within the national park means limited economic opportunities for the people. That, as a result, has put stress on the national park. Every year there is more encroachment, and poaching is an ongoing problem. Many people are also forced to leave their families to find work abroad (in Malaysia or elsewhere) to make ends meet.

4) What's one of your favorite things about introducing travelers to Sumatra?

LM: I just love seeing the look of awe on people's faces when they gaze out over the perfect green of the rice fields or tea fields... when they see the clouds swirling over the rainforest below them as they reach the summit of a mountain... or when they spot a troop of leaf monkeys flying through the treetops. Seeing people rekindle that sense of wonder with the natural world is always fun.

LM: Once, when wildlife spotting at night in the jungle, I saw something that made my heart stop. Generally, the most we'll see when shining our flashlights around are really cool critters (civets, slow lorises, flying squirrels, and the like.)

But I'll never forget the moment when I shined my light into the undergrowth, and saw a set of red eyes reflecting back at me. I instantly knew it was a tiger. It was crouched down, it was too big for a clouded leopard, and it stayed exactly where it was, curiously watching us. I instantly froze, eyes as big as saucers. I'll never forget that moment, that instant of primal fear. I think I finally muttered something like "Um, guysthere's a tiger there" We all slowly backed up out of there as the tiger casually walked off into the shadows. We called it a night after that! It was quite a rush!

6) What's your top say 5 favorite places to explore in Indonesia?

LM: Hard to narrow it all down, and there are still so many places I haven't been to yet in Indonesia (a country as wide as the continental USA, and about the same size as all of Indochina). I'm still exploring all Kerinci has to offer, to be honest!

Naturally, most of my favorite places are in Kerinci, but here goes

1) Mt. Tujuh in Kerinci.
It really is a spectacular place. A 2.8 kilometer-wide crater lake completely surrounded by primary rainforest greets you after a three-hour climb to the summit. Clouds dancing and swirling all around, songbirds and Siamang gibbons singing -- it's magic, a world lost from time.

2) Lake Kaco, also in Kerinci.
The place really has to be seen to be believed. Although, even when you see, you kind of question whether it's real or not. After about another three-hour hike in the forest, you come to this small swimming hole, only about 30 x 30 yards, with the most incredibly blue water you've ever seen. Something in the volcanic minerals coming up from an underground spring gives it the color, although I'm not sure if anyone's ever really studied its geology. It's absolutely teeming with fish as well, and makes for an incredibly invigorating swim after the hike.

3) Renah Kemumu village, Kerinci.
This really remote, ancient village is about a two-day, 14-hour hike through the national park (five days round trip). Once at the village, which was actually demarcated within the boundaries of the Kerinci Seblat National Park, it's nice to spend a day exploring some of the old village ruins and megalithic stones in the surrounding forest, and relaxing at a nearby hot springs where the boiling water combines with a cool mountain stream to make a natural hot tub. Some great opportunities for wildlife spotting along the way.

4) Muaro Jambi Temples near Jambi City, Sumatra.
It's one of the largest Buddhist temple complexes in all of Asia, and one of the least excavated and restored. I like the somewhat "undiscovered" feel of the place, further enforced by the almost complete lack of other visitors. You can rent a bike for the day, explore the grounds, and pretty much have the place to yourself.

5) Yogyakarta, Central Java
There are two absolutely amazing ancient temple complexes in the area: Buddhist Borobudur and Hindu Prambanan. Both are UNESCO World Heritage Sites. In and around Yogyakarta are a number of other interesting historical sites, and the region is well known for its handicrafts and artistic and cultural flare. It's also much more on the beaten path, so it's easy to find comfortable accommodations with lots of tourist infrastructure.

LM: If you're coming to the rainforest, you need a good pair of waterproof shoes and comfortable wool hiking socks! Seriously important -- it's not called a rainforest for nothing. Also, don't forget your language dictionary. Outside of big cities and main tourist areas like Bali and Yogyakarta, it can be hard to find people that speak English well. Be ready for spicy food, often for every meal of the day if you don't specifically ask for dishes without hot chilies.

And, perhaps most important of all, be flexible! All sorts of things can derail plans here, especially when you're so far off the beaten path. Gotta roll with the punches!

8) What do you miss about Cincinnati?

LM: Family! We treasure the times we have all together when we make it back to the States for a visit. We also treasure our times with a bowl full of Graeter's. (So hard to get good ice cream out here.)

Cincinnati also has a really incredible park system with so many wonderful playgrounds, gardens, and other accessible green spaces. Land is so precious out here; any bits near population areas that don't have a house sitting on it are reserved for rice or other crops.

9) In your opinion, why is travel important?

LM: Travel is important because it opens up our eyes and expands our worldview. It humanizes people from very different walks of life, and helps us think not so insularly, so inwardly. It gives us new ideas, and helps us better appreciate how truly incredible creation really is.

LM: "If it's worth doing, it's worth doing poorly!" Sounds a bit counterintuitive, but I think if there's truly value in doing something, don't wait around until you feel you're 100% competent or prepared, because you might never end up doing it.

If it's really worthwhile, take that step and just do it, no matter where you're at. Usually the best way to learn is by doing (and often failing a few times) anyway. If we had waited until we were "ready," I don't think we ever would have come out here. Sure, we could still end in spectacular failure, but we believe what we're doing is worth it, and we've been excited to see some real progress, despite the huge challenges.