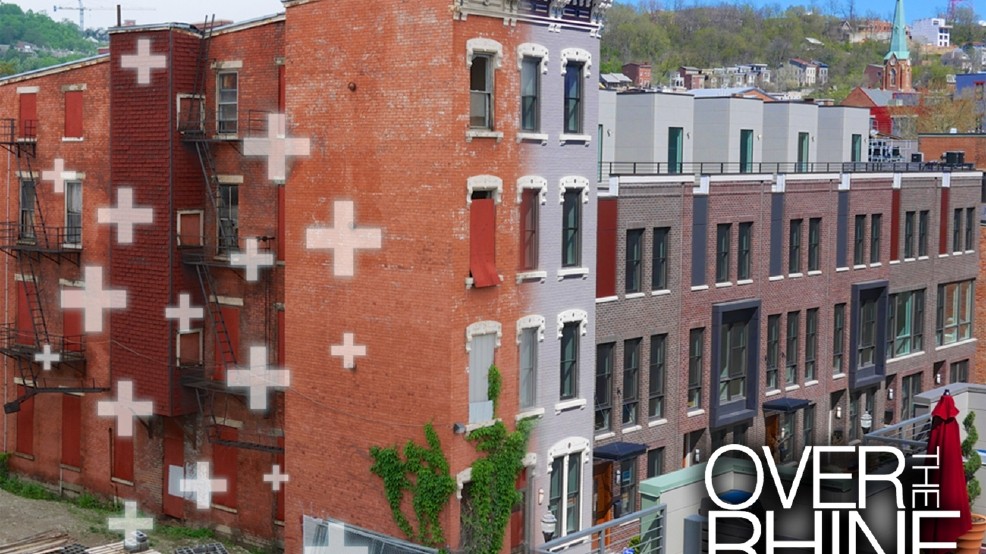 Over-the-Rhine: Before & After / "I want Cincinnati's urban neighborhoods to continue to grow and develop [...]. And I want to see more locals drop the 'Cincinnati's just OK' attitude and start taking advantage of all the great assets that our city has." -- Travis Estell
SEE MORE

Over-the-Rhine is the ever-changing historic neighborhood located directly north of Downtown. Today it's hardly recognizable from a decade ago due to the accelerated construction and urban development happening on nearly every street corner.

If you look at photos from five years ago and compare them to present day, the changes are often dramatic. Thankfully, at least one person had the forethought to document it. His name is Travis Estell.

Note: The majority of the images are Estell's, though he did, at times, pull from the 3CDC archive to illustrate the changes. All of this is noted appropriately in the captions in the gallery above.

Travis Estell: I'm a life-long Cincinnatian who grew up on the far east side, moved to the city when I began attending UC, and have now been living in Over-the-Rhine for about five years. I work as a software developer. For fun, I do a lot of photography, blogging, and podcasting, which can be found on UrbanCincy and various social media sites.

CR: What is UrbanCincy?

TE: UrbanCincy is a website covering Cincinnati's urban core, from new businesses to transportation to politics to the arts. We started in 2007, when a lot of new development was beginning to happen in the city, but most local media outlets weren't yet giving it much coverage. It's been incredible to see how that's changed over the past decade, and how quickly Cincinnati has embraced its urban neighborhoods again.

CR: How would you classify your style of photography?

TE: I would say that most of my photography falls into the category of photojournalism. I've never studied photography formally; everything I've learned has been from experimenting with my camera and being inspired by other photography I see online. My focus is less on specific buildings or architectural history and more about how neighborhoods function as a whole.

CR: What was the impetus for starting to document the area?

TE: When I started photographing the city, I didn't have a specific goal; I would just bring my camera with me when I came to check out new businesses opening, go on tours of building renovations, etc. When I looked back years later, it hit me that things were changing pretty fast, and I started to take photos more strategically to make sure I captured the city's evolution.

CR: How long have you been doing this?

TE: I began getting into photography in late 2009. So some of my earliest photos were from the construction of Great American Tower and the opening of Neon's.

CR: Which block or building in the neighborhood has seen the most dramatic change since you started photographing it?

TE: The most dramatic change has probably been the Mercer Commons project. That block had a few historic buildings in very poor condition and a lot of vacant land. Now, the historic buildings have been rehabbed, most of the vacant lots have been filled with new construction, and the final phase (a new office building on 14th street, replacing a vacant lot) is now underway.

CR: Which block or building do you believe will see the next biggest change in Over-the-Rhine?

TE: The Market Square project near Findlay Market will be a dramatic change for the Northern Liberties section of Over-the-Rhine. Model Group is renovating nearly a full block of historic buildings on the east side of the market in the first phase and another block on the west side in a second phase. Findlay Market is such an important asset to the city, so it's too bad that the buildings around it had been deteriorating for so long, but that's about to change.

CR: What motivates you to keep doing this?

TE: Of course it's always fun when you post an image that ends up getting hundreds of likes or re-shares. But to me, the bigger motivation is seeing younger Cincinnatians learning about Cincinnati's history and getting excited about what this city has to offer.

CR: Is there an end goal?

TE: I want Cincinnati's urban neighborhoods to continue to grow and develop and reach their full potential. I want to see more locals drop the "Cincinnati's just OK" attitude and start taking advantage of all the great assets that our city has.

CR: What advice would you give to other photographers who are interested in our urban landscape?

TE: The most important thing you can do to improve your urban photography is to spend more time walking around the city, exploring new places, and finding your unique perspective. Your perspective is more important than what equipment you have or what editing you do in Photoshop after the fact.

Travis Estell is a photographer, blogger, and podcaster. If you can't tell, he's a big fan of the Queen City. And here's the thing... we're fans of his, too.