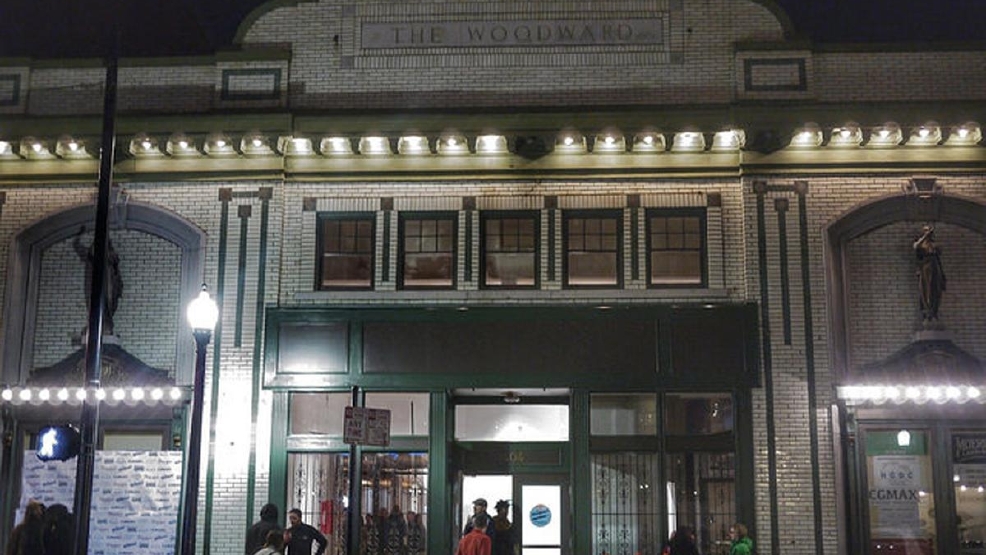 Your Next Concert Should Be At The Woodward

If you've been living under a large rock, with your eyes closed and your hands over your ears, you've probably still heard that The Woodward Theater opened in November. It embodies everything trendy in current Cincinnati news: a rehabbed early 20th century building, indie music, craft beers, and Over-the-Rhine.

Yet, in Cincinnati, history repeats.

"These aren't trends," says co-owner Dan McCabe, who's booked MidPoint Music Festival since its CityBeat acquisition in 2008. "The success of the neighborhood is rooted in history."

If you've been to a live music show in Cincinnati within the last few decades, chances are it was the work of one or both of The Woodward Theater's owners, McCabe and Chris Schadler. Their bookings created some of the city's most memorable music scenes: McCabe at Sudsy Malone's (the legendary Corryville bar and laundromat), Schadler at The Southgate House (the original in Newport, before management relocated to The Southgate House Revival).

It's only suiting that the duo and Cincinnati Enquirer music writer Chris Varias would open MOTR Pub, a 150-capacity Main Street bar that hosts live music. The dream of a bigger music venue remained, however.

They did so across the street from MOTR. The same neglect that preserved Over-the-Rhine as the densest area of Italianate architecture left the Beaux Arts features of the 600-capacity theater. Gone is the neighborhood's typical horizontal molding and hipped roof. In its place are porcelain brick, plaster statues, and a flat ceiling.

It opened as The Woodward Theater in 1913 to showcase the era's newest art form: film (silent, jumpy). It then became a revolving door of businesses, from a used car dealership to a Kroger, to a nightclub and, most recently, storage for an antique shop. The plastered stage and light-bulb rosettes are the only original interior pieces.

The Woodward has no seating, but two stories -- a bar of 24 taps on the first and a stage-viewing balcony on the second. Shows range from $5 to $25, depending on the act. They start around 8 or 9 p.m. and end around 11 p.m. (just in time to catch MOTR shows). It's the same scenario as a 1990's Bogart's concert, where audiences (and sometimes performers like Jane's Addiction and Guns N' Roses) spilled over to Sudsy's for more music.

"We want to develop local bands at MOTR, build them up, then move them across the street [to The Woodward] and present to a wider audience," said McCabe.

The dream began in 2007, when locations were sited in Over-the-Rhine, a then despaired neighborhood known for poverty and abandoned real estate, just as the Gateway Quarter was conceived. There was no crystal ball forecasting the Over-the-Rhine revitalization, just an emphasis on location.

"Over-the-Rhine is the city's arts and cultural breadbasket, with the symphony and local theater," said McCabe. "Live music should be housed there, too."

Yet, live music has never received the same acknowledgment (including government funding) as its fine arts brothers. Even in a city that former Rock and Roll Hall of Fame and Museum President Terry Stewart declared as one of the genre's birthplaces.

Schadler works to fill those gaps as an urban planner at Xavier University, with projects like The King Studios Experiential Learning Center, a museum and educational center focused on Cincinnati's famed King Records. It'll open by 2018 in the recording studio's original location of Evanston. That's where Schadler said the Appalachian music of Over-the-Rhine met the R&B music of downtown to form what we call rock.

In 1956, that took the form of James Brown recording "Please, Please, Please" at King Records. By 1970, it was the Allman Brothers recording at the Ludlow Garage. By the 1994, it was a post-Golden Fingers Beck performing at Sudsy's (booked by McCabe). By 2001, it was a 15-person concert for The Black Keys at The Southgate House (booked by Schadler).

In a few months, it'll be The Woodward Theater's turn, with experimental rockers Swans (whose recent work was ranked No. 6 of 2014 albums by Pitchfork), then Arcade Fire's Will Butler (as part of The National's Bryce Dressener's MusicNow Festival).

That's the repetition of history McCabe and Schadler like to see in a city that birthed rock.

"Cincinnati should remember its culture -- its heritage -- take hold of it and use it," said Schadler. "Rock could be a major force in the city, if only more would use it."


The Woodward Theater is located at 1404 Main St.