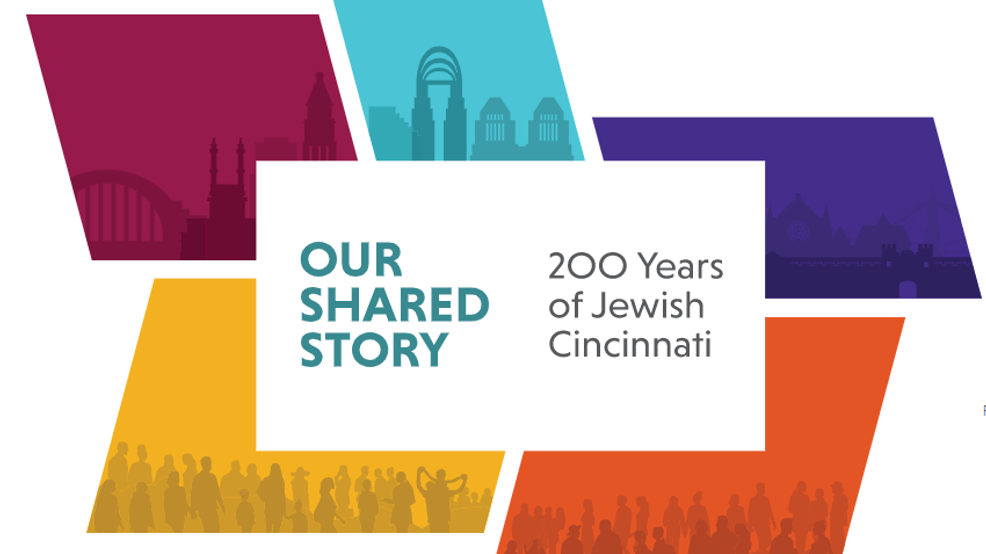 "Our Shared Story: 200 Years of Jewish Cincinnati," which opens April 27, is part of the Jewish Cincinnati Bicentennial, celebrating the impactful influences of Cincinnati's Jewish community on the Queen City we know today.

Working with the Jewish Cincinnati Bicentennial committee, the Jewish Federation of Cincinnati, Hebrew Union College, the Skirball Museum and the Jacob Rader Marcus Center of the American Jewish Archives, CMC and HHC have organized an exhibition that introduces aspects of Jewish traditions and culture while sharing stories of both prominent and unheralded Jewish Cincinnatians. Our Shared Story examines the people and traditions that continue to influence our food, medicine, arts institutions, social justice movements, how we enjoy sports and more.

"Together with Cincinnati Museum Center and our various partners, we are honored to bring an illuminating exhibition that highlights the vibrancy, inclusivity and complexity of Jewish history and culture in the Queen City," said Sarah L. Weiss, CEO of the Nancy & David Wolf Holocaust & Humanity Center. "From the creation of the Chestnut Street Cemetery in the 1820s to the diverse and growing community we have today, the city we love has been and will continue to be deeply influenced by the Jewish community."

Our Shared Story begins as the Jewish community in Cincinnati did: with Joseph Jonas, the first Jewish person to be buried in Cincinnati in 1821. Suitcases, trunks and immigration and naturalization papers tell the stories of Jews immigrating to Cincinnati. A table set for a Passover seder, symbolizing the importance of family and traditions, invites guests to explore recipes and utensils that can unite a community. A section on religion introduces the basic tenets of Judaism and the Torah, along with religious items including a yarmulke, dreidel and menorah. Books and diaries from Rabbis Isaac M. Wise, Eliezer Silver – the father of reformed Judaism and a leader in Orthodox Judaism, respectively – and Jacob Marcus Rader detail the importance of education. The story of Cincinnati’s Hebrew Union College – the oldest rabbinical seminary in the U.S. – also takes center stage.

Jewish influences in Cincinnati are marked by iconic names and brands: Kahn’s, U.S. Shoe, Standard Textile and more. Names and companies that may be forgotten are still integral to the fabric of the community and even retain national importance. Kuhn and Sons Bank was bought out by Fifth Third Bank, and the Mosler Safe Company built vaults and blast doors that are still in use at Fort Knox and nuclear blast sites.

Similarly, the names Sabin and Heimlich endure across generations, including the thousands of lives their innovations – the polio vaccine and Heimlich maneuver – have saved. Jewish Hospital provided a respectful space for Jewish patients, and the United Jewish Social Agencies produced Big Brothers, Big Sisters and the United Way. Military uniforms and objects tell the stories of Jewish veterans, including Charles Stix, a Marine in World War II, and Robert Marx, a Marine who founded the Disable American Veterans organization in Cincinnati following his service in World War I.

Cincinnati’s arts scene is peppered with names like Krohn, Aronoff and Rosenthal – all families who have contributed to the vibrancy of the community. Stories from King Records and the Cincinnati Reds show the lasting Jewish influence of those iconic organizations, including the story of Reds announcer Harry Hartman who coined the phrase “going, going, gone!”

“Our Shared Story is a fitting name for this exhibition because the story of Cincinnati, the story of who we are as Cincinnatians, has been so intrinsically shaped by our Jewish community,” said Elizabeth Pierce, president and CEO of Cincinnati Museum Center. “With this exhibition we want to share Jewish culture and celebrate, together, the contributions that have built and are building the city we love today.”

Our Shared Story is part of the Jewish Cincinnati Bicentennial, celebrating over 200 years of Jewish community life in Cincinnati, which formally began with the founding of Chestnut Street Cemetery in 1821. The Bicentennial is commemorating this significant milestone in 2021 and 2022 through community celebrations, multi-generational programs and interactive experiences.

Our Shared Story: 200 Years of Jewish Cincinnati is included with admission to Cincinnati Museum Center or the Nancy & David Wolf Holocaust & Humanity Center. The exhibition will be open April 27 through October 2, 2022. Our Shared Story: 200 Years of Jewish Cincinnati is made possible with support from PNC Bank. Additional support has been provided by Ohio Humanities, the National Endowment for the Humanities and the federal American Rescue Plan Act of 2021. This project was made possible in part by the Institute of Museum and Library Services grant ARPML-250780-OMLS-22. CMC and HHC are grateful to the Jewish Cincinnati Bicentennial Committee for their partnership and collaboration. For more information, visit here.