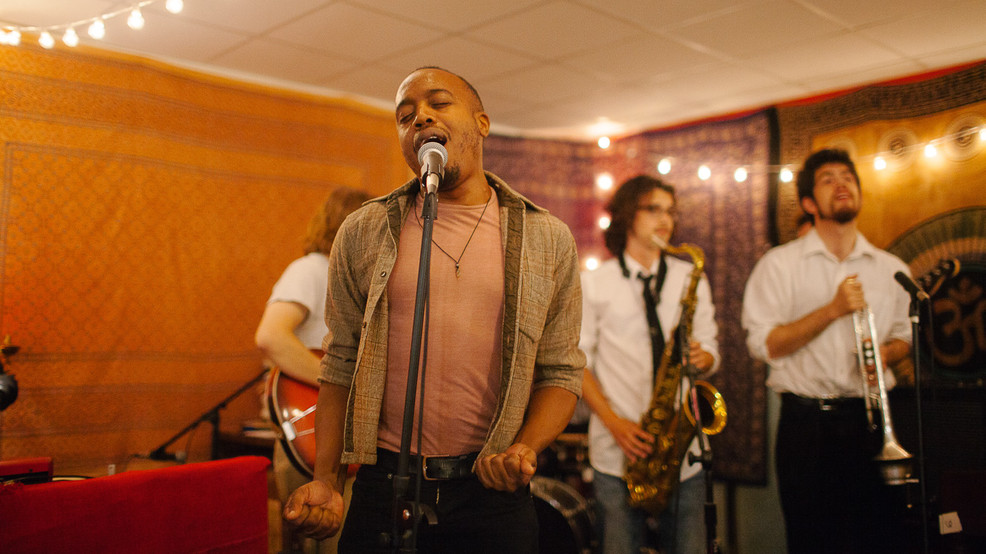 By now you've probably heard of Plaid Room Records, the popular record store newly relocated to the bottom half of an old house (with Tupelo House above), right smack in the heart of Downtown Loveland.

But, did you know that the building also houses Colemine Records—the soul/funk record label that's been pumping out music for such acts as the Monophonics and Black Pumas since 2007?

Run by brothers Terry and Bob Cole, the small-but-mighty operation that is Colemine has been picking up steam, and the duo has no plans of slowing down any time soon. "I'm proud that we've slowly but surely gained a strong reputation within the music industry as a label steeped in quality, both musically and product-wise," Terry Cole says.

You could say the seed for Colemine Records was planted way back when Terry was a freshman in high school. Terry and Bob's dad was an avid record collector with a basement full of carefully curated 45s, 78s, and other rare recordings.

Looking for a way to save up for his college, Terry's dad offered to let him sell his massive collection of 78s—a style of early vinyl that was played at 78 RPM (instead of the 33 RPM of most standard 12-inch albums) and whose popularity faded in the 50s.

As luck would have it, eBay was on the rise and made for an easy way to sell 78s in a way that could reach the most number of record collectors. And, like most business models, Terry had to learn what was and wasn't worth money in order to turn a profit. This not only required a lot of research, but also a vetting process in which he would listen to the records to ensure their quality. It was in the listening that turned him on to funk and soul, jazz, and hip hop—the sounds he would play as a bassist in various bands.

Luckily, the entire venture paid off, and not only kept him in cash through high school but also paid his tuition at Miami University all the way through grad school.

The Creation of Colemine

While in college, Terry experimented with recording gear in his spare time, and he also took music production and composition classes which gave him more formal training. Of course, it was in the production of music that taught him the flip side of the recording industry. For an independent study class on musical composition, he was able to combine his work with Soundscape—a funk/hip hop band with Detroit MC Louis Rideout as the frontman.

Then, in 2007, he and Rideout put out an album called The City, which Terry was able to use as his senior project for the class. They sold the initial run of 500 CDs of The City at the bands' live shows and stops. To make the album look more official, Terry came up with the name and logo for Colemine Records, added it to the album, and thus, a label was born.

Even though that first album made a few grand, Colemine remained a side job while Terry went on to teach biology at Middletown High School for the next several years.

Fast forward to 2014. Several more years of teaching, various Colemine releases (featuring acts such as Ikebe Shakedown, Los Sospechos, Monophonics, and The Jive Turkeys), one marriage, and one divorce later, Terry decided to embark on a soul-searching trip across the country to visit a variety of independent record stores.

Terry took his label's releases with him and made personal connections with the owners of 85 record shops, hand-delivering releases of 30s and 45s.

That fall, he went back to his teaching job, only to become disillusioned with the way the administration was treating its staff. His way out? Quit and open a record store in Loveland with his brother, Bob.

"[Bob and I] work very well together," Terry says. "We're both very analytical, but he's usually much more centered and doesn't get nearly as enthusiastic as I get for new projects, so we're a pretty solid yin and yang. I primarily handle the label side and Bob manages most of the Plaid Room side of things, but we both do plenty to work on both sides of our business."

And, since moving to their larger space in the fall of 2018, both sides' businesses have been able to grow. Not only do they have more physical space to house and sell more records, but they also have a space dedicated to working on the label. "At our old location, we could only record after hours, which was very frustrating,” says Terry.

As if one label wasn’t enough for the Coles, they also have a sub-label, Karma Chief Records, that releases blues, psych, NOLA rock, and Latin that they hope to use to keep pushing the envelope even further.

To learn more about Colemine Records and the variety of artists on their labels, visit their website.