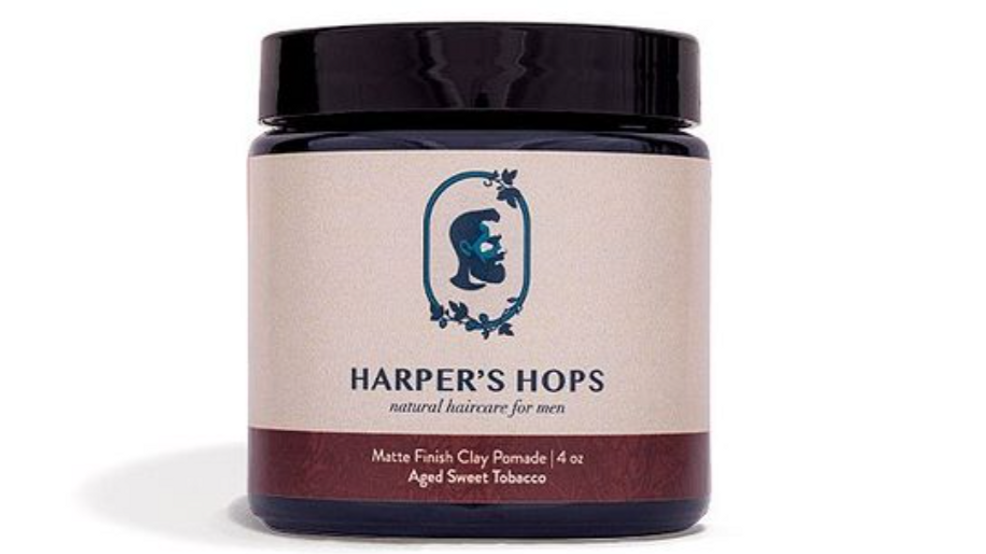 In his own words, Ryan Harper's all-natural cosmetics brand, Harper's Hops, "combines the intriguing art found in breweries with the atmosphere of a high-class barbershop." However, he didn't start his post-school years by combining beer hops with cosmetics to create natural hair and beard products. In fact, Harper began as a former US Marine who, after traveling the world while repairing and managing a squadron of CH53E helicopters, just loved drinking craft beer like the rest of us.

After moving on from the Marine Corps, he enjoyed going to breweries, as many 21-year-olds do. While many craft beer drinkers merely imbibe and unsubscribe, Harper's interest in science and technology fueled his desire to learn more about craft beer.

"I began researching different styles of beer, beer regions of the world, the craft beer industry, and most importantly how to make beer," Harper says. That research ultimately earned him a place with like-minded people in the beer community, further fueling his interest.

Fast forward to today and Harper has been brewing both commercially and at home for seven years, even going as far as helping new local breweries set up shop. He also has two finished degrees from Embry-Riddle and works as an engineer for the largest defense company in the world.

Possessing the entrepreneurial spirit and unwilling to let COVID-19 delay his aspirations of starting his own business, he started Harper's Hops mere months ago.

"After years of technical science experience, it only took me six months of research and development to transfer my beer brewing skills into engineering cosmetics and building a professional brand from the ground up," he says.

So how does Harper's Hops compare to other brands? For starters, it's made up of 16 natural hair and beard products that include beard oils and both clay and oil pomades. According to Harper, if you compare the basic natural ingredients and complex recipes in Harper's Hops, you'll see better grooming results without the added chemicals.

And, as referenced earlier, beer hops are one of the key ingredients. "Humans have been using beer hops to preserve beer and for medicinal purposes for hundreds of years," he says. "Hops are one of my many natural ingredients that nourish your hair."

Ultimately, his goal is to become the first cosmetics brand to take over the craft brewery marketplace. Thanks to excellent reviews and wholesale orders he's already beginning to fulfill, he's well on his way.

"If you're interested in wholesale options for any type of business, contact me! We love supporting our local small business economy in a time when we need it more than ever!"