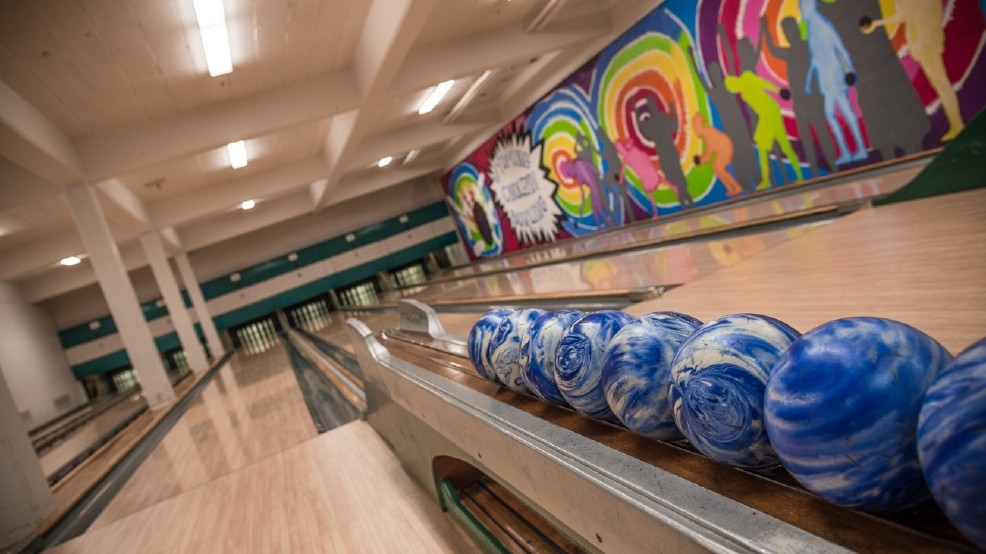 Authentic Massachusetts candlepin bowling can be found in the basement of the Wyoming Civic Center right here in Cincinnati. For nearly 70 years, it's existed as one of few candlepin alleys outside of New England and it is one of the last in the Midwest today. Bowling in the alley can only be done by renting out the space ahead of time. The Civic Center with the alley is located at 1 Worthington Ave, Wyoming, OH 45215. / Image: Phil Armstrong, Cincinnati Refined
SEE MORE

Wyoming Has One Of The Oldest, Most Unique Bowling Alleys In The Entire Midwest

Massachusetts is nowhere near Cincinnati. In fact, its closest town, West Stockbridge, is a staggering 750 miles away from our downtown. Even flying to it at mega-fast jet speeds takes over three hours. The Queen City and the Bay State have little in common, geographically or otherwise, so it’s hard to compare the two in any real capacity.

But Cincinnati has one very specific, obscure, special link to Massachusetts, and it absolutely bowled me over when I realized an authentic slice of New England lay just beneath Cincy suburb soil.

10-pin bowling is your standard three-holed ball, ten-pin game found in nearly every neighborhood in Cincinnati and the rest of the U.S. It doesn’t look like it on the surface, but candlepin bowling is actually a very different game than the bowling you’re used to (unless, you know, you’re a Southie reading this at the Dunks on Dorchester and Broadway).

Without going into minutiae about the intricacies of the game itself, the five main things that differentiate candlepin bowling from 10-pin bowling are:

The candlepin alley in the basement of the Wyoming Civic Center was erected in 1948 and featured “pin boys” who would manually reset the pins for players. In the 1960s, machinery made pin boys obsolete, and the alley has since played host to candlepin leagues, birthday parties, work outings, and other various events over the course of its nearly 70-year lifespan. And unlike a standard bowling alley, it must be reserved ahead of time.

Though it has seen improvements over the years, it still largely exists as a time capsule ready for you and your friends to rent it out.

Don’t believe me? Check out the gallery of photos for yourself and you’ll see why this unique little gem in Wyoming is a solid strike for your next get together.

The Wyoming Civic Center is located at 1 Worthington Ave, Wyoming, OH 45215. If you're curious about spending an evening at the candlepin bowling alley, check out their rental information.