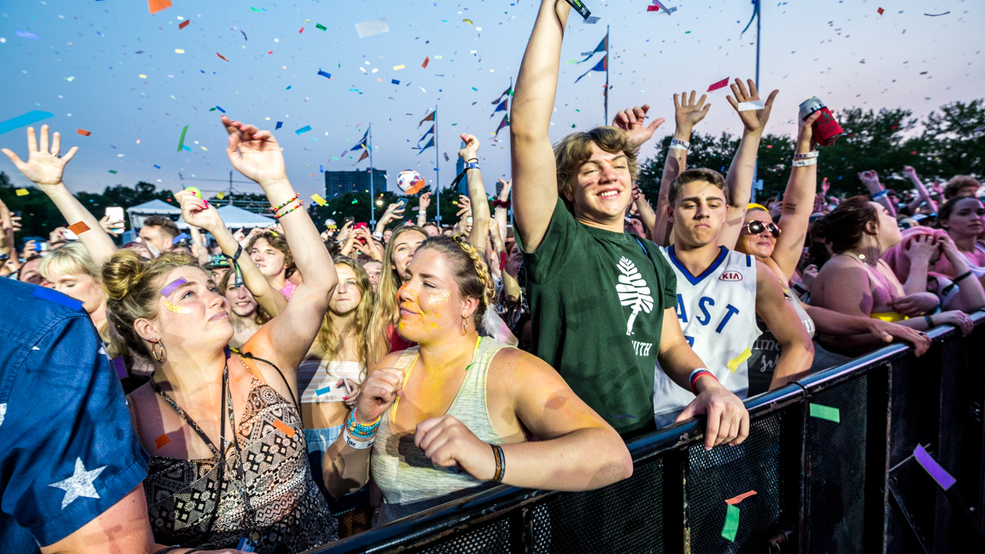 It’s all we can do to get through this dark, cold month. Why not dream of shorts, t-shirts, flower crowns, sunglasses, and music festivals?

Bunbury, the Cincinnati music festival that takes over Sawyer Point and Yeatman’s Cove in June, celebrates its ninth year with a lineup that has a little something for everyone. It takes place on June 5, 6, and 7 this year.

Headlining this year is the GRAMMY award-winning Twenty One Pilots, whose follow-up album Trench had the largest streaming week for a rock album in history (which is a pretty big achievement as the band has only been around since 2015).

Other headliners include Marshmello, the genre-bending masked artist whose five-time platinum hit Happier (with Bastille) holds the record for the longest time on the Billboard Top 100 chart; Americana rock band The Avett Brothers; Kane Brown (who collaborated with Marshmello on 2019’s One Thing Right); New York-based Melanie Martinez, whose debut album Cry Baby has amassed over a billion streams and was followed by the social commentary-filled sophomore album K-12; and Angels and Airwaves, who are embarking on their first tour in seven years.

Other acts include Old Crow Medicine Show, Cake, Neon Trees, The Regrettes, and more. For more information on the lineup, go to Bunbury’s website, where you can also log in and build your own lineup.

Tickets are already on sale. Here's a breakdown of the options:

These prices are set to change, so get your tickets now while they’re at their lowest. As a bonus, there are payment plans available so you don’t have to max out your credit cards just to go.

More details—including food, vendors, and other events around Bunbury—will be announced in the upcoming months. Get those tickets now while prices are low; it'll help get you out of the doldrums of winter if you have something fun to look forward to in the summer.