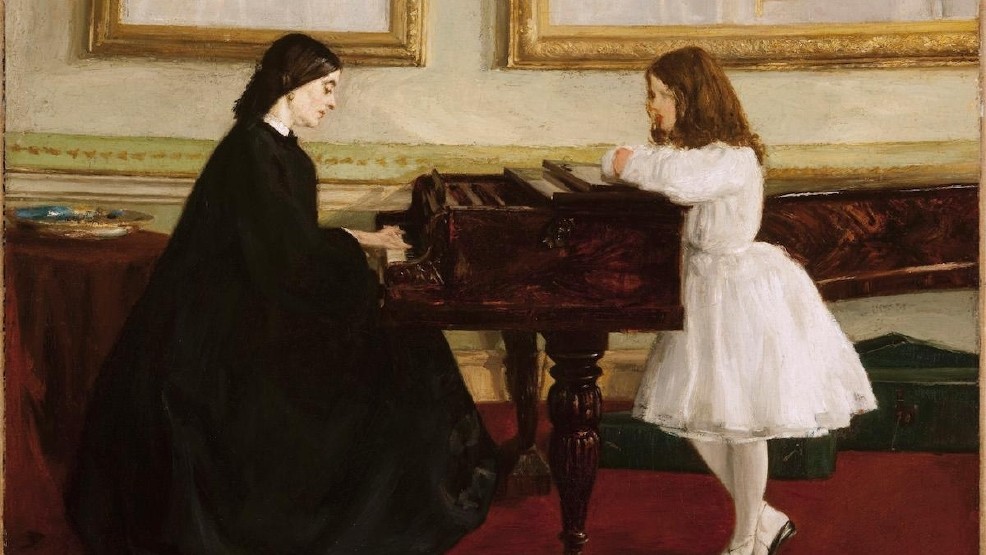 A Guide To Viewing Art (For The Rest Of Us)

Last month, art critic Philip Kennicott of the Washington Post famously irked every museum educator in the country with his strict rules on how to view art. Readers are used to being advised by critics -- so-called experts in their field -- but Kennicott has become the Christian Grey of the art world. There's no romance in Kennicott's contract, just submissiveness to his view of art.

If I were you, I wouldn't sign. Instead, I'd follow the only advice you really need in art (and life): be yourself.

A few things to keep in mind along the way...

To tame the ubiquitous tyrant known as time, Kennicott says devices like cell phones, cameras, and even watches must be discarded.

The idea is sound. I visited The Louvre last summer, and behind a sea of backs and raised smartphones, I caught a brief glimpse of the Mona Lisa. Her faint smirk seemed to mock the crowd, who, instead of admiring her controlled monumentality, were all too eager to tweet #MonaLisa with accompanying selfies.

Mary Ladrick, manager of public programs at the Taft Museum of Art, says art can't be viewed from behind a camera.

"The best way to look at art is to actually look at [it] with your eyes," Ladrick explained. "Even two-dimensional art has a three-dimensional quality." That includes brush strokes and paint buildup.

Yet viewing art isn't about technology bans, it's about self-will. The Taft Museum of Art lifted its ban on photography a few years ago, and even displays signs to encourage it. Perhaps taking a selfie with Whistler's "At the Piano" is the way you experience art. That's OK. Just take time to see it outside of a screen, too.

Kennicott expects banality from fellow museumgoers, and therefore requires silence. Attendees like him make art museums seem elitist and exclusionary. I've met some who see the Cincinnati Art Museum as a temple upon a hill, where silent reflection is needed to worship entombed art.

Anderson, who teaches printmaking and art theory, brings friends to museums for the before, during, and after conversations about their experiences. He even creates soundtracks to view art -- earplugs in -- with each playlist igniting new perceptions of the same pieces.

To Emily Holtrop, director of learning and interpretation at the Cincinnati Art Museum, the sounds of speech and laughter in museums' hallowed halls, are the sounds of engagement and enjoyment. "This is not a library," she says.

The best is when art discards its pontifical shrouds, takes a seat in a city's living room, and forces you to look. The hum of hurried traffic and murmured pedestrians doesn't hinder my appreciation of ArtWorks' murals, such as John Ruthven's design on Eighth Street. The image of teal pigeons gliding out of snowcapped aviaries and into my urban sanctuary forces me to stop. I look at the art, I look at the city. I look at the art within the city. The art distracts me from people, not the other way around. People help me to better understand it.

Misanthropy (ahem, Kennicott) should never be advised. For anything.

Everyone knows that you learn more about art when you know more about the art (its cultural context or the artist's biography, for instance). But research can't provide the feelings you receive from pieces like van Gogh's "Undergrowth with Two Figures" -- playful, energetic, and isolated.

If you want to know more than what the information panel and reference desk provide, ask Google. Like MOMA in New York City and the National Gallery in London, Cincinnati Art Museum is in talks about creating mobile apps with audio guides for exhibitions, even after-museum games.

For now, there are docent-led tours. They're free at the Taft (1:30 p.m., Saturdays and Sundays) and the Cincinnati Art Museum (1 p.m., Tuesdays through Fridays; 1 & 2 p.m. Saturdays and Sundays). Kennicott advises to avoid docents who ask more than tell. Not Holtrop. She wants to engage participants, not lecture.

"We call them the old way, 'the sage on stage' tours," says Holtrop. "People remember more when they contribute."

Life is full of rules, how-to guides, and standards. Let art be the one exception.

Anderson recalls a time at the Cincinnati Art Museum when a boy was reprimanded by his mother for touching a sculpture. "The boy just wanted to experience the art," he says. "He didn't bring any baggage to the space."

This doesn't grant you permission to use museums as your own personal space. Don't damage the work, don't disturb others, but also don't feel pressure to be someone you aren't. When you leave the library, must you have read every book? Before you enter church, must you have read The Bible in its entirety?

Unrealistic expectations can cause you to miss out on a lot of experiences -- experiences only you should measure.

"Museums," says Holtrop, "are for everyone."