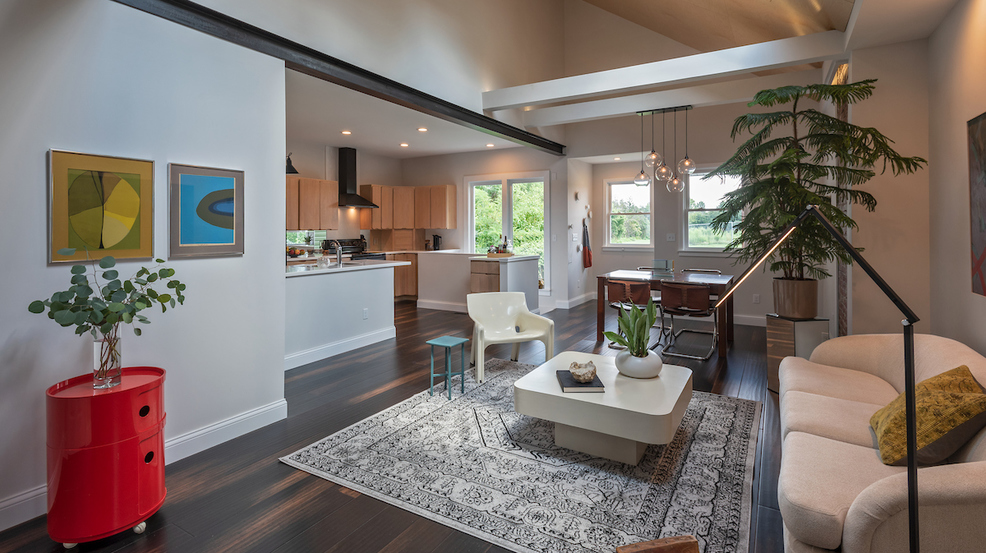 The house is situated close to the border of Hyde Park, Evanston, and Norwood. It is within a stone's throw to a prominent Wasson Way Bike Trail entrance, too. The quiet street is close to the action in Hyde Park, Downtown, and in other nearby hotspots without being directly in the thick of it. / Image: Gary Kessler // Published: 9.24.19
SEE MORE

3638 Tamarack Avenue hasn’t been on the market for long. In fact, I’d planned to write about this beautiful little reno before it even hit the market. Since then, it’s pending sale, and, to be quite frank, I’m not surprised. It's an excellent flip job that's notable in three ways.

Its location is a selling point for those who want to be close to the action without being smothered by it. It’s listed as Hyde Park, but it’s right on the border where Evanston and Norwood meet with it. That puts it in a spot that isn't riddled with tons of traffic night and day while still offering a quick drive to Downtown, Hyde Park Square, everything around Xavier, Rookwood Commons, and more.

More importantly, though, it’s so close to a prominent Wasson Way Bike Trail entrance, you can practically walk off the house’s doorstep and begin coasting down the path straight away. For those who bike, that’s a game-changer.

The house is finished with a variety of attractive materials and unique features.

Built in 1928, the two-bedroom, two-bathroom house isn’t an uber-mansion with Corinthian columns and pediments shaped like a basket of beagle puppies. It’s modest in size—about 1770 square feet in total between two floors, with an appropriately sized east-facing back yard. But one thing that makes it so easy on the eyes is all the different wood found throughout the home; dark bamboo floors, warm teak bathroom countertops, and a light maple ply ceiling are the highlights.

The finished basement also has a custom-made, detachable railing on the stairs to make the process of moving furniture easier.

Also, a closet downstairs opens to reveal hookups that are ready to connect to solar panels on the roof should the next owner decide to install them. The house is already considered energy efficient, but it has the capability to reach even higher levels of efficiency.

The renovation of 3638 Tamarack was a somewhat personal endeavor. Carol Ann Krimmer, one of the two minds behind the renovation, actually lives just a few doors down from the house. Because she’s invested in her street and neighborhood, she wanted to try her hand at revitalizing the property in a big way. As this was her first flip job, she teamed up with Bruce Olson, and the two hired architect Luke Robinson to transform the house into something more contemporary to suit modern tastes.

The layout was reworked to include a floor plan that opens up the house. The first floor flows from front to back without it feeling isolated and closed off. Skylights bring in natural light from above, giving the home an airy, breathable feeling to it now. In total, it took them two and a half years to complete the renovation.

Who knows if that sale will go through by the time you read this. Don’t let that stop you from admiring the vision Carol and Bruce brought to life at 3638 Tamarack, though. And don’t let that stop you from keeping tabs on Carol’s next project; this wasn’t a one-and-done deal for her. She’s planning to take her remodeling skills further with future renovations down the line.

A gallery of images above showcases all the work Carol and Bruce put into the home.