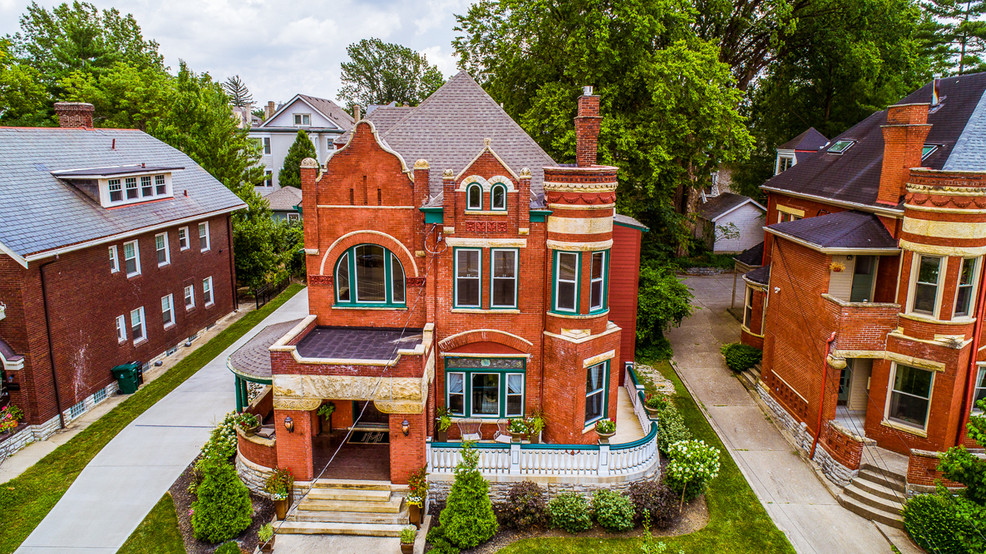 According to the Hamilton County Auditor's website, 2020 marks the 150th anniversary of the construction of 3574 Burch Avenue in Hyde Park. / Image courtesy of the owner // Published: 8.4.20
SEE MORE

According to the Hamilton County Auditor's website, 2020 marks the 150th anniversary* of the construction of 3574 Burch Avenue in Hyde Park. The house was originally home to married couple William L. and Caroline Voight, and their daughter, Edith. Having made their fortune as wall-hanging tycoons, the Voights covered the house's walls with Lincrusta—an extremely durable, textured style of wall hanging that can still be found inside the home today.

Lincrusta was primarily made in the UK and shipped for use in high-profile homes and buildings around the globe, such as Buckingham Palace and the White House. As a result, that prestigious finishing material 3574 Burch Avenue shares with those notable locations elevates it above other historic properties in the area.

Throughout its existence, it's had only five different owners. The current owners, Nate Moster and Charles Knippen, are the fourth family to call it home. They live there with their two children. The owners before them oversaw an extensive renovation that modernized the house, but never lived in it. After Nate and Charles purchased the property in April of 2019, they poured $20,000 into remedying the building's issues, such as fixing the exterior brick that suffered years of damage resulting from ivy infestation. (Until the last several years, the house was colloquially referred to as 'Ivy Manor' because of how much ivy it bore.)

After moving in, Nate and Charles worked to swap out light fixtures and other aesthetic features with period-appropriate replacements to return the house to a look more in line with its original appearance. For example, though it's not original to the house, the foyer chandelier is understood to be from the late 1800s. They purchased it on eBay from a seller on the west coast who was demolishing his own historic home and wanted to preserve a piece of its history by finding a preservation-minded buyer to take it off his hands. Today, the old California chandelier now hangs from Nate and Charles' gilded ceiling in Hyde Park.

Additionally, Nate and Charles worked with local companies to add old world charm to the house. Classical Glass (1940 Dana Avenue) did the restoration of all the stained glass windows in the house prior to the couple's ownership and also came back to create a brand new piece of glass inspired by the existing stained glass for their first-floor powder room door. And while the lamp on the staircase's newel post isn't original to the house, either, Pallet Studios (2501 Woodburn Avenue) pulled it from a desk built at the turn of the century. After the gas pipe was removed, modern electric was installed, and the lamp, now affixed to the post, glows anew.

Long story short, Nate and Charles are moving their family elsewhere, and hope to find the next family to carry on the care of the home. Because it is a milestone year for the house, the couple would love to see its future owners celebrate its 150th year as the home deserves.

To see inside, click or tap into the gallery above.

* NOTE: Digging Cincinnati History offers a different timeline in which the house was built in the 1890s. That story can be found here.