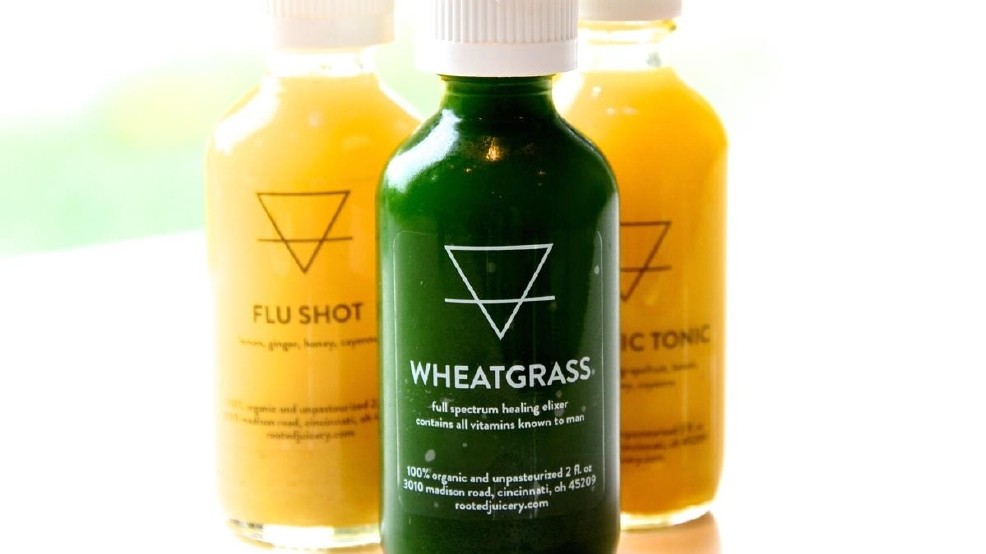 You are what you eat, right? I mean, that's how the saying goes. And unless you've found a way to feel good fueling up on Big Macs, it's fairly accurate too.

Eating healthy, exercising, and getting a good night's sleep are essential ingredients in a recipe for life success. Sure, it's easier said than done -- but it can be done. And there's a new place in Oakely to help you do it.

Rooted Juicery & Kitchen offers an array of cold-pressed juices, smoothies, and plant-based foods that are 100% organic and made in-house from scratch. Also: they're hella delicious.

The brain behind this healthy food haven is Megan Tysoe, but the backstory that led her to open Rooted isn't what you'd expect. (... Unless you expected someone to quit a high-paying bank job in Manhattan and start a juice bar. Then, in that case, it's exactly what you'd expect.)

During Tysoe's senior year at Georgetown, she did what most kids didn't. She read books that weren't required for school. After devouring Fast Food Nation, Crazy Sexy Diet, and the Sunfood Success System (just to name a few), Tysoe's view on food and wellness changed.

The seed was planted.

Empowered by this newfound knowledge, Tysoe decided to say buh-bye to her sweet banking job and enrolled in school at the Natural Gourmet Institute. That path led her to an internship in Florida at Christopher's Kitchen, which is pretty similar to the concept for Rooted (just on steroids). It was with the help and mentorship of chef/owner Christopher Slawson that Tysoe found the inspiration to start her own place.

So now, Rooted is here. And that's where you come in. ... Like, seriously, head in now.

It'd be an exaggeration to say the food and drinks are life-changing, but it'd be fair to say that they're life-altering (especially if you were the one at dinner who had to be bribed to eat his vegetables).

Maybe it's because the ingredients are all organic. Maybe it's just because Tysoe knows her way around a kitchen. Either way, everything tastes superb. And looks as good as it tastes. Just take a peek at the photos for proof.

The only thing not pictured is the sea of yoga pants I encountered. I guess it doesn't hurt that Rooted is right next door to Define, a yoga/ Pilates studio. I used to think Shavasana (dead man's pose) was the best part about a yoga class. Now I'm pretty sure it's the smoothie you get after class.

It's a smoothie that'll bring you back to life.


Rooted Juicery & Kitchen is located at 3010 Madison Rd. in Oakley.