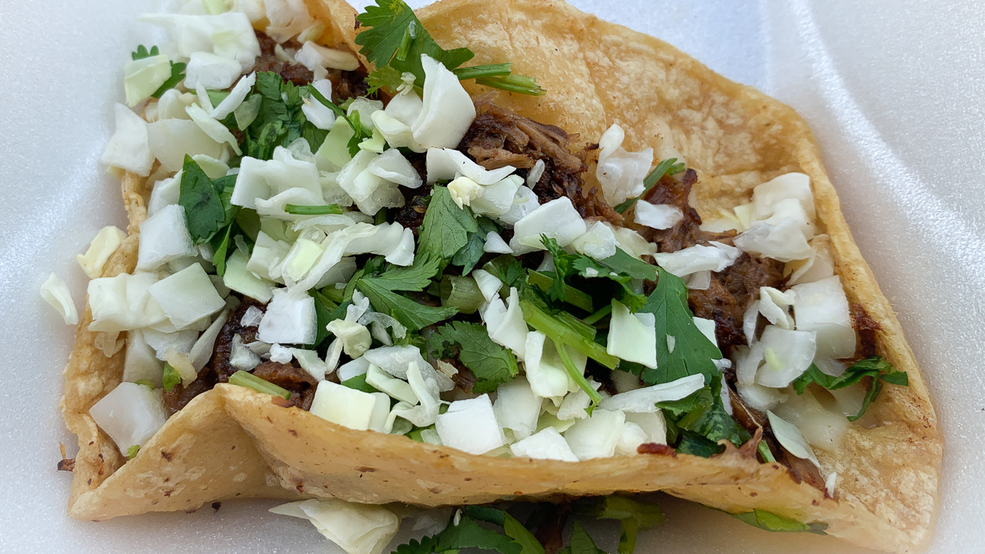 PLACE: Gutierrez Deli / ADDRESS: 1131 Lee Street (Covington) / DESCRIPTION: An unassuming little corner shop at Lee Street and MLK in Covington, Gutierrez is a no-frills Latino grocery store that happens to have a counter where you can get steak and chicken tacos. I, of course, ate both. Happily. These tacos aren’t trying to be fancy either—mostly just meat, onions, and cilantro. But this gives the seasoning on the meat an opportunity to be the star of the show; and with every bite, a star is born indeed. / Image: Shawn Braley // Published: 5.28.19
SEE MORE

We Cincinnatians love our tacos, which is not surprising because we have many great options. From Gomez Salsa to Bakersfield, Mazunte to Django, the list is long (for good reason).

While those restauranteurs certainly deserve their due, there are plenty of authentic and delicious taco joints that get lost in the ever-growing Cincinnati taco shuffle. The following restaurants aren’t always easy to find, but have some of the best tacos in Cincinnati. When your friends come calling with a Taco Tuesday invite, instead of hitting up the popular hot spots like everyone does, consider trying one of these six under-the-radar joints instead.

An unassuming little corner shop at Lee Street and MLK in Covington, Gutierrez is a no-frills Latino grocery store that happens to have a counter where you can get steak and chicken tacos. I, of course, ate both. Happily. These tacos aren’t trying to be fancy either—mostly just meat, onions, and cilantro. But this gives the seasoning on the meat an opportunity to be the star of the show; and with every bite, a star is born indeed.

When I walk into Taqueria San Marcos, I feel like I’m stepping back into a simpler time. I love the old diner décor and, of course, a fridge full of Jarritos. I had the al pastor, tripa, and chorizo tacos. All three were delicious and unique in their own right. They have plenty of meat options, from the conventional (chicken or beef) to the meat you can’t get at those more well-known places (like beef tongue and beef gut).

This place is a hole in the wall restaurant if there ever was one, and I mean that as a huge compliment. Taqueria Cruz is tightly squeezed between a Sunoco and a laundromat on the outskirts of Covington (also, only a few blocks from Gutierrez, in the event you want to do a twofer) and features a good array of meats on its small menu. Cruz is similar to Gutierrez in that the taco is minimalist with just spices, cilantro, onions, and meat. But don’t let that minimalism fool you: these tacos are incredible. One thing to keep in mind, they are cash only and there's an ATM at the Sunoco next door.

You’re going to want to hit Taqueria Yolandita on a nice day, as it's a small food truck and you’ll be eating outside. They have a larger selection of options than I expected. I went with both the lengua (beef tongue) and the chicken tacos, and I was not disappointed. They had options for sour cream, lettuce, and tomato, but because I had been having so many delicious tacos with the simple cilantro and onion combo, I continued that trend (and continued to be sold on it). This spot is a little off the beaten path, but it's well worth the trek.

This is the most seemingly commercial spot on the list. It's mere blocks away from Tri-County Mall, and it’s set up like Chipotle, with the fast-casual vibe and the counter service. Yet, these tacos are as authentic as any other place on this list. I got the carnitas tacos and the beef tacos. If you’re up in the northern part of Greater Cincinnati, and you need your fix, this is the place to go.

I saved the best for last. Tucked quietly behind a UDF on Glenway Avenue, check out this Guatemalan establishment with amazing tacos (as well as pupusas). I recommend grabbing a Mexican Coke from the Maranata store and ordering Tacos Dorados (chicken or steak, mozzarella cheese, guacamole, beans, sour cream, pico de gallo and salsa verde on a fried tortilla). For my money, these are the best tacos in the entire city.

Chances are, if you've read through the article to this point, you're a fan of tacos like I am. Hopefully, you found a new place or two to get your next taco fix. I know I’ll be hitting this taco trail again soon.