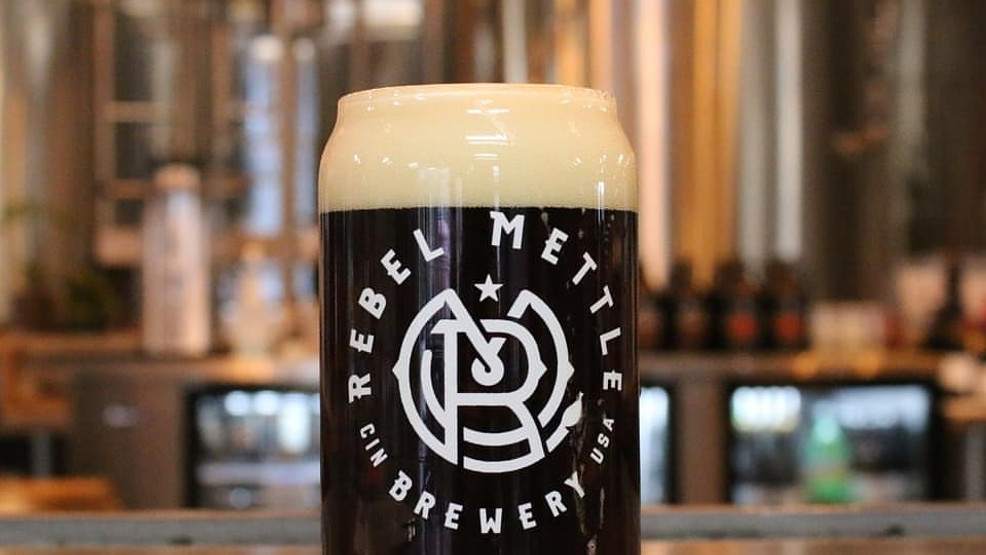 Getting to Know Rebel Mettle Brewery: A New Take on an Old Style

Meet the Downtown Cincinnati brewery that dares to be different. In an old parking garage, Rebel Mettle is making Lagers sexy again.

Let’s go way back. From what almost seems like decades ago to September of 2020. Yep, that’s right. You’ve heard this story before, haven’t you? Said business owner dreams of opening his business, COVID-19 doesn’t care and throws one of life’s infamous curveballs. It happened to quite a few Cincinnati businesses in the area, Rebel Mettle was no exception to the chaos sadly.

Breweries take years and years of planning if not longer. Business proposals, networking, investor seeking, more networking, crying yourself to sleep at night, scrapping the business proposal you wrote earlier, and starting fresh - to name a few of the steps. While the idea for Rebel Mettle may have started during Brown’s homebrew escapades in his garage somewhere around 2009, he would eventually face a very tough decision on a much larger scale. At this point, he was already way too deep in the construction/demolition phase. Faced with either pressing the red or the green button; to shut things down and cut his losses, or to continue ahead into a strange, unknown new world. One that was still very much reeling from the impact of COVID-19. Owner Mike Brown choose to push on knowing full well the risks involved. If his dream would fail, he would lose everything he’s worked for.

Can you think of many breweries, let alone businesses, where the CEO drives the delivery van? Mike Brown does, and he loves it. It’s all about connecting with his customers, a business model that’s tough to fail in my opinion. Sure he works almost all the time, but he wouldn’t have it any other way. This was my first encounter with Mike. Sort of, at least. It’s a strange story.

Roughly a few months after the official taproom opening, being the beer nerd that I am, I decided to place my first order online. Back then, I very much picked my battles as far as going out into the real world, but I never could have guessed what would happen next. Unsure exactly what to expect I placed an order for a few crowlers of the flagships at the time. Excited to experience a brand new Cincinnati brewery, I didn’t really read the details about delivery yada yada. Does anyone? This was (and still is) essentially the peak of the excitement of my social life, trying new Cincinnati beers and checking out the latest local breweries.

Next thing I know, I have a missed phone call from some guy named Mike Brown. I figured the delivery would be later in the day as this was literally like 11AM and I was at work. Mike Brown? Was I being drafted by the Bengals? Honestly, I could probably make the cut, but that wasn’t the reason for the call, unfortunately (by the way, I’m still waiting, Bengals). Apparently Rebel Mettle’s turnaround time on online orders and delivery makes Jimmy John’s look lethargic. As I placed the order maybe 2 hours ago at this point, Mike somehow tracked down my Condo’s maintenance manager to let him in and drop the beer off in our Kitchen with a personalized thank you note. WHO EVEN DOES THAT?

Did I mention that there was a Rebel Mettle beanie and sticker pack next to the note? Who is this mysterious Mike guy? Some sort of beer Robin Hood breaking into people’s homes and planting beer and merch, I was so intrigued.

When I eventually saw the taproom for the first time, I got it immediately. The best way I could describe it is the comfort of your favorite hole in the wall, but combines with a trendy downtown style industrial-chic bar. Complete with another level of both upstairs bar and seating to make sure drinking beer alone isn’t boring, not that it would ever be. Take that scenario, then throw a Dave & Busters going-out-of-business sale in the mix and add some motorcycles on display while you’re at it. Oh, you also can’t forget the killer rock n’ roll vibe throughout the taproom and entire brew deck in plain view beyond the bar. It’s like Northside Yacht club meets BrewDog Cincy in the best possible way.

One thing that seemed to come up over and over again in our conversations was the importance of education. Everyone needed to be on the same page, from the front of the house to the brew team and everyone in-between. I’d snuck into Rebel Mettle a few times beforehand and was always impressed with the level of awareness by the bar staff. As far as the beertenders are concerned, your visit is a very special and unique journey. They pride themselves as your tour guide along your craft experience. Unfamiliar with this whole craft beer thing? Just tell them what you typically drink or even which styles you enjoy. They’ll take care of the rest.

This alone makes beer that infamous craft beer buzzword: ‘approachable’ resonate in a totally different way. That, and not having beer names like Juicy Juicy Biggy Biggy Hazy IPA Deathblow TRIPA. You know which brewery you are (it’s okay, it works for you though). We’re happy to report that Rebel Mettle doesn’t have anything along those lines just yet, aside from their brand new Hazy New England IPA ‘Aramis Hype’ along with some far-out flavored seltzers. Peanut Butter and Jelly anyone?

I asked Mike to describe the vibe and feel of Rebel Mettle. “We’re a community for everybody. Misfits, professional sports players, flight attendants from CVG; you never know who will walk through that door. When they do, that’s our opportunity to make an impression. Make them lifelong customers. And we do it well.” Brown further elaborated that Rebel Mettle is best summed up as a bridge where craft meets community. “We spare literally no expense from our technology, brewing process, to the in-house Q&A team we have on-site. We want to be world-class, we will be.”

“So let’s just address the elephant in the room, is Rebel Mettle the Urban Artifact of Lager beers?” I asked as I smirked. “Lagers are so misunderstood and undervalued. The craft and finesse it takes to create the good ones should be appreciated by everyone.” Mike replied.

Don’t get the Urban Artifact reference? Let’s talk about another local Cincinnati brewery that has stuck to their guns and truly brew what they believe in. I often call UA the ‘Sour Masters’ of Cincinnati. The Northside brewery has carved out its own niche, and although investors may have scoffed at the idea back in 2015, they’ve ended up in the likes of Forbes Magazine since. I guess you could say they’re doing alright. Staying true to themselves and respected for it, from the likes of Tavour to their extensive national shipping program fanbase far beyond the boundaries of Cincinnati.

Back to Lagers,Mike isn’t wrong. Lagers take much more care and precision to produce- a lot more time too. If you ask any brewer worth their salt, they’ll tell you that Lagers get dumped more than any other style of beer. Why is this? You can’t disguise off-flavors. If something isn’t right you’re going to know, and quick. Pastry Stouts? Fruit Beers? Even Hazy IPAs? Throw some adjuncts in there, blend them together and slap a special release sticker on a bomber. That’ll be $29.99 for the limited edition pineapple salsa version of our famous Hazy NE IPA, please.

“Fortune favors the daring. It’s on our glasses, it’s my own personal mantra. My own personal philosophy is to be different. Get them in the door, then we begin a dialog.” is Brown’s approach to success. “We want to make beer for everyone, the problem is the market has become overcomplicated. We make great beer for everybody. The convention center is over there, the stadiums are a short walk away. I can guarantee you there is not a person in all of Cincinnati that won’t find a beer they’ll love.” he added.

Damn. The final dot was finally connected. Rebel Mettle isn’t necessarily a ‘Lager Brewery’- it’s so much more. Specializing in Lagers may be true, sure. However, Rebel Mettle’s real purpose serves as an open invitation for anyone to come in drinking whatever the hell it may be, yet slowly a bridge is built into another world of beer styles you may have never explored before. You start with the crisp, easy-drinking Stubentiger. Delicious, crushable, everyone loves it. Now your curiosity is piqued. “This is way better than any domestic I can pull off the shelf!” you think to yourself. A bet that I’ll comfortably challenge anyone to.

Next? Maybe you’ll order a fan-favorite Volume: Juniper Schwarzbier? Maybe a Blau Pils? An easy drinker that’s a bit hoppier and styled after a true German Pilsner. Everyone’s craft journey is different and at Rebel Mettle, they make it personal by beginning that conversation. House-made Seltzers, Wine? Yeah, they’ve even got those too. It felt like we’ve now finally come full circle and have cracked the code behind what makes this brewery special. Everyone is welcomed because it’s all about you. You’re the rockstar at Rebel Mettle and you feel it as soon as you walk through the doors and sit down. From their various charitable taproom events, emphasis on live music, or simply when Brown buys tons of random taco ingredients for an impromptu taco bar.

Rebel Mettle simply boils down to a dedication and a pledge to learn from the surrounding communities that continue to evolve. A mindset of never feeling comfortable. Always leaving room for improvement and maybe yet most importantly, brew great beer for everyone.