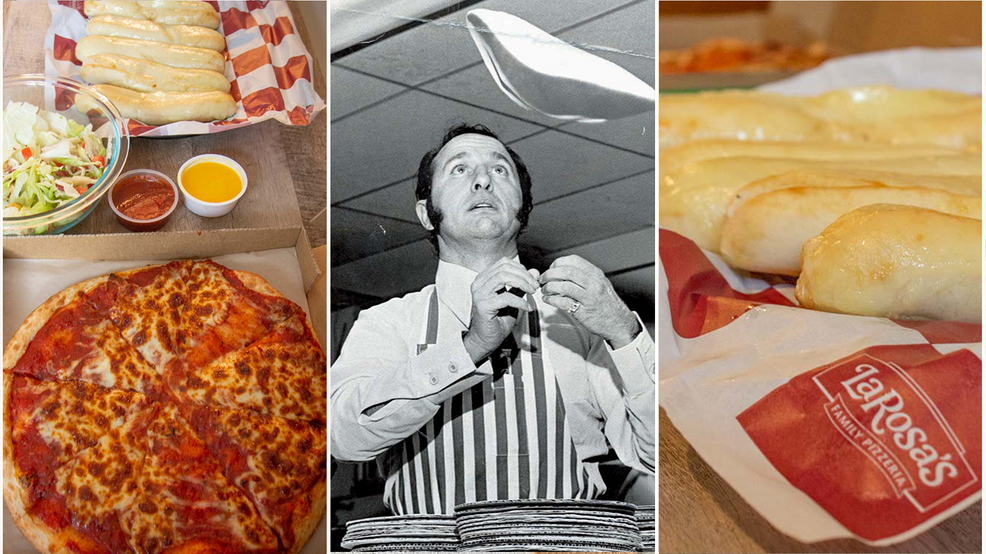 Donald S. “Buddy” LaRosa—thee one and only Buddy LaRosa who founded LaRosa’s Family Pizzaria—celebrated his 90th birthday on Tuesday, August 25 surrounded virtually by family and fans in the media via Zoom press conference. Buddy’s sons, Michael LaRosa (LaRosa’s CEO) and Mark LaRosa (LaRosa’s President and Chief Culinary Officer), along with granddaughter, Christina LaRosa (general counsel at LaRosa’s), honored Buddy and his local legacy during the video chat. He had been self-isolating during the pandemic since mid-March, which is why a virtual celebration was the next best thing to a birthday party.

And it wasn’t just 90 incredible years the family was celebrating; the LaRosa family also took the opportunity to announce their latest involvement in the community—the launch of The LaRosa Family Foundation.

An Entrepreneur and Community Supporter

Aside from being a hometown pizza icon, Buddy has always been passionate about paying it forward, especially when it comes to establishing youth programs. Inspired by his love of boxing and the influential mentors he had growing up, he founded the Golden Gloves for Youth—an organization that benefits local inner-city youth by teaching life skills that build character.

The LaRosa Family Foundation is the family’s newest endeavor that will ensure Buddy’s continued legacy for years to come. It will support programs and activities involved with youth/adolescent development through education, athletics, and establishing other tools for future success. The company's initial contribution of $90,000 celebrates Buddy’s 90-year milestone.

Christina LaRosa will direct the foundation. She’s also an attorney and the Executive Director of the Golden Gloves development program. “We’re betting that successful kids grow up to be successful adults who’ll build a stronger community,” says Christina. More details on the foundation will be finalized and announced over the next year.

Over Half a Century in the (Pizza) Making

Buddy founded LaRosa’s in 1954 when he was only 24 years old. The restaurant—originally called Papa Gino’s—got its start on Boudinot Avenue in Westwood. He grew up nearby in South Fairmont, which was known as “Little Italy” at the time. He was inspired by an annual summer church festival where he made pizzas to fundraise using his Aunt Dena’s recipe. Unsurprisingly, they were a huge hit.

Despite little faith in the pizza venture from Buddy’s Sicilian-born dad—who didn’t think Americans would go for the pies—Buddy pursued the dream anyway with $400, a few business partners, and his authentic Italian family recipes.

The restaurant quickly became a popular hangout among high school kids and families in the west side. Within the first few years of operation, Buddy’s partners left the business, so he took the liberty of renaming it the name we all know and love today: LaRosa’s.

Over the decades, Buddy grew the business through franchising restaurants and evolving the company along the way with innovations like delivery of all their menu items (rather than just pizza) in the 80s and launching a “One Number” system (513-347-1111, but come on, you already knew that) in the 90s, all while keeping it a family affair.

LaRosa’s is now a $167 million restaurant company with 65 pizzerias serving neighborhoods in Ohio, Kentucky, and Indiana. From Great American Ballpark to Kings Island, you’ll find the signature slices served all across the area. Aside from pizza, patrons have over 40 delicious Italian options on the menu to choose from that include hoagys, calzones, pasta, desserts, and more.

And what’s Buddy’s favorite pizza on that menu, you ask? He likes to keep things classic and simple with a specialty his mom used to make growing up when they had leftover dough and marinara sauce: a classic cheese pizza on pan crust.

Buddy has certainly accomplished a lot over the past 90 years, using his platform to serve more than just pizza. With the new foundation in place, his family's influence will only continue to expand its reach in positive ways. “He came from nothing, worked hard and made a difference,” says Michael LaRosa. “He truly believes in ‘taking care of the neighbors you serve’. He’s incredibly excited about the Foundation and the impact it will have on the youth of our local community.”

For details on how to contribute to The LaRosa Family Foundation, contact Cathy Shondel, Director of Community Involvement, at cshondel@larosas.com.