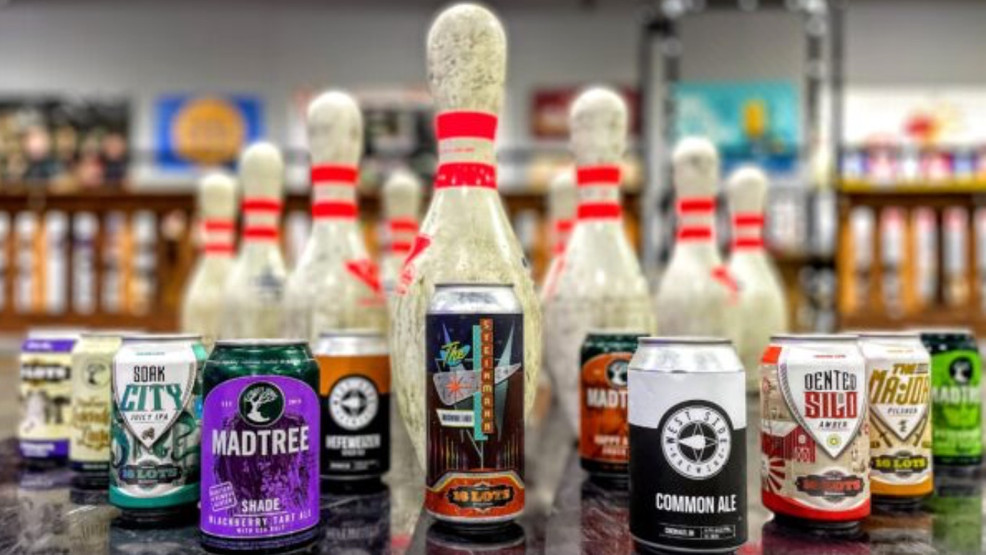 What if I told you that we’ve built the first beer fest in Cincinnati, maybe even the country, where two regular joes are calling the shots? Together with The Gnarly Gnome and yours truly, Merrell Wood (Owner of Cincy by the Pint), are giving out roses, bachelorette style, to what we think to be the top craft destinations all over Greater Cincinnati. If your brewery is lucky enough to receive our special invite, BOOM. You’re on the guest-list among the elite. The catch? You can only bring one beer, and we’re making sure it’s a damn good one. The venue? Maybe the best part. Meet The Fowling Warehouse of Cincinnati.

What the F is “Fowling”

The Fowling Warehouse™ Cincinnati opened its doors on May 3rd, 2019, and serves as the only place in Ohio to play the original football bowling pin game called Fowling™. The very first Fowling Warehouse opened its doors in Hamtramck, MI on December 4th, 2014 and has seen overwhelming success since. It continues to draw a melting pot of visitors from the heart of the city to the outskirts of the suburbs, while also being a hotspot destination for those visiting from out of state. Cincinnati serves as one of only 5 franchise locations in the entire US to serve as a destination to play the quickly growing game in a massive, well.. BADASS warehouse. You get it. Fowling isn’t just a drinking game (although that is part of the fun, for sue), league play is a big part of the location’s core draw and is growing rapidly on a national level. Don’t believe me? There is literally an American Fowling Association™ complete with a huge national tournament each year. It’s kind of a big deal, one that you may not even know about. Until now. On November 20th, we’re filling the floor with over 20 local breweries, food trucks, two full-service bars, and all the fowling and fun your heart desires. It’s kind of a big deal. Like if I were you, I’d buy tickets now. However, Fowling is arguably more fun to just bring a group of buddies, drink some beers, and throw the pigskins at some bowling pins. It’s just really satisfying. Trust us.

Wait, they have beer there?

Now we have your attention? While you can expect to find everyday national domestic favorites here, Owner Joe Frank knows a thing or two about local craft beer in Cincinnati. Offering an INSANE selection of over 120+ craft beer options at all times. From what’s on tap, to their massive canned cooler selection. Don’t forget probably one of the Gnome and I’s favorite parts; the infamous mystery beer machine. It’s a true craft beer lover’s destination. Didn’t know that? That’s where I and the Gnarly Gnome came in and the magic happened- to create something truly special for Cincinnati. A city that Joe, The Gnome, and I believe in our heart of hearts is a national leader in the craft scene.

Here’s what we can tell you so far

“Beer, Booze & Bonks” presented by our incredible event sponsor, Cartridge Brewing, will highlight the best beer, seltzer, and spirits that Greater Cincinnati has to offer. The catch? Each brewery will only be showcasing their best beer at the festival, picked by yours truly. With over 60 breweries in Greater Cincinnati, each vendor AND draft selection has been handpicked by the above two local connoisseurs to celebrate Cincinnati’s rich brewing culture and its emergence to the top of national brewing talent.

Wait a minute, these two nerds just pick their favorite breweries and beers? Boring. Nope, guess again big guy. We’ve painstakingly ensured that there will be something for everyone, while still being the best we could find. One brewery, only their top-shelf beer, one epic time. That’s right Eminem, you’ve only got one shot do not miss your chance to blow.

The planning and decision-making for the event have been a long process indeed, and a hard secret to keep. Since then? We’ve narrowed down a MASSIVE talent pool to what we believe to be the all-stars of the Cincinnati scene. Expect over 20+ local breweries to distillers on-site, and that’s just the beginning of the goodies we have in store for you. The event will be held at the Cincinnati Fowling Warehouse which has over 47,000 square feet of event space and GET THIS, festival-goers can Fowl free during each session with the price of admission.

There will be two sessions available with a special “Kick the Keg” after-party to follow afterward which allows the late-night crowd to get in on the fun. Here are the basic details: