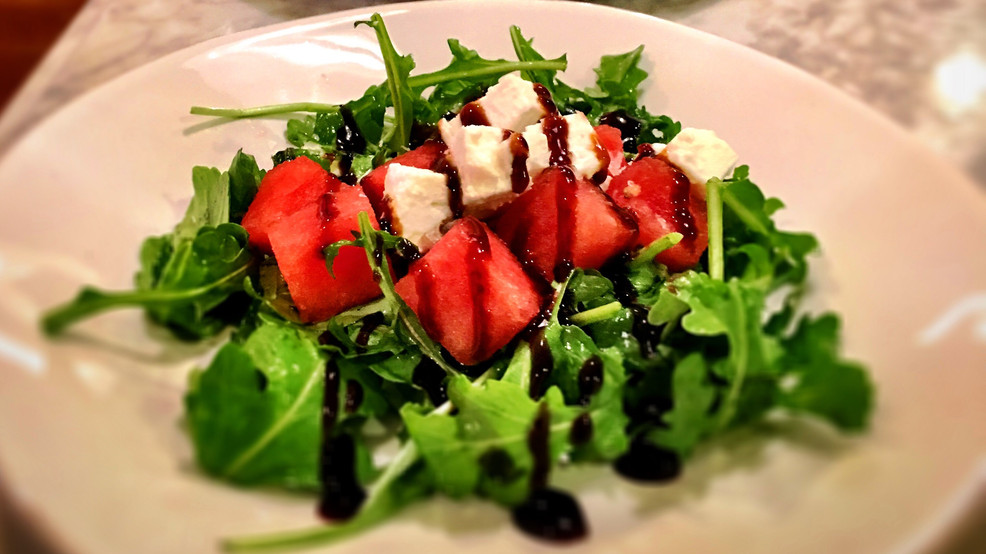 For Ken Durbin, the founder and chef behind The At Home Chef, he loves preparing custom meals for clients all year long, but summer has to be his favorite. "I get asked all the time, 'What's the secret to a great meal?' And I say, eat what's in season, source it locally, and most importantly, get what the farmer's recommend," says Durbin. "All of that's easier in the summer."

Also an automotive enthusiast, Durbin likens his farm visits to seeing a classic car. "You can see it and appreciate it, but you miss out on so much if you don't actually talk with the owner about it. You learn all the intricate details you would have never known otherwise," he says. "Same with a farmer. I love asking about what came in well that season, how did weather affect certain foods or flavors. So much to learn and it's always changing."

Durbin says he has great relationships with several area farms and farmers to source the ingredients he needs for each custom meal he creates. (Fun fact: He's never repeated a menu in all his years as a personal chef.) He says these four are among his favorites:

Located along scenic rural Route 8 in Hebron, Kentucky, this roadside farm has been family owned and operated for six generations. From July through November, they offer a range of fresh fruits and vegetables grown on their farm. Not only do they have freshly-picked fruits and vegetables at their roadside farm stand, but there are also several opportunities for pick-your-own produce throughout the year, such as tomatoes, greens and of course pumpkins in the fall.

For nearly 30 years, Farmer Lee Jones at The Chef's Garden has been delivering specialty products to the world's most discriminating chefs and most well-known restaurants, direct from his farm in Huron, Ohio. The farm was built on a foundation of traditional farming methods but they're also known for innovating and developing new products that help them remain one of the leading growers of artisanal produce in the world. While they've typically worked directly with restauranteurs for the past three decades, they got back to their roots of providing produce directly to people while restaurants were closed during the pandemic. The Chef's Garden began by selling boxes of fresh vegetables that were shipped directly to homes, which they plan to continue, adding the farm market to options for the public.

Rotating fields between certified organic crop production and regenerative grazing, Indian Hill-based Turner Farm grows 50-plus varieties of vegetables without the use of unnatural chemicals. They also produce humanely raise grass-fed beef and lamb, as well as pastured chicken, eggs and heritage pork, all of which you can buy straight from the source at their on-site Farm Market.

Waterfields is a social mission-driven urban agriculture company focused on translating their love for premium microgreens and edible flowers into new life for Cincinnati's urban core. Aside from serving restaurants and chefs across the Midwest, Waterfields is on a mission to use this indoor agriculture concept to create thriving neighborhoods and livable wage jobs for residents. After turning once-dilapidated urban buildings into a year-round hydroponic farm, they now specialize in "micro" versions of familiar fare - like arugula, basil, mint, cilantro, and dill. They also grow several you've probably never heard of, like Micro Red Rambo Radish, Micro Bulls Blood Beet, and Micro Red Garnett Amaranth, just to name a few.

When you dine with The At Home Chef, they not only do all the menu prep, ingredient sourcing, and cooking, but they also take care of everything else.

"All you have to do is set your table and we’ll do the rest, including expertly cleaning your kitchen when we leave," says Durbin. "If you use your china, we clean it, polish it, and put it away. We take the garbage out and everything. It's like we were never there, the only things that remain after your dinner party are the memories made."

Durbin's motto - personally and professionally - has always been "Enjoy Life," and it's become more important than ever. "Now, after a year of not getting to be around people we care about, I love that my work allows people to get together, celebrate again, enjoy life, just soak it all in even more."