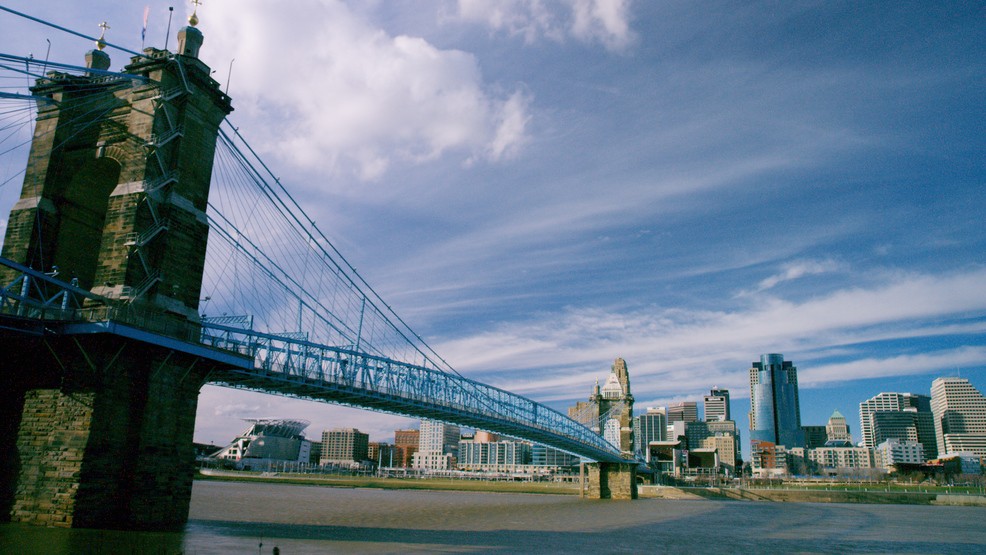 The Cincinnati Renaissance Project is a new video project that serves to highlight the amazing arts and culture scene in Cincinnati. / Image courtesy of Contstella Arts Festival // Published: 1.9.18
SEE MORE

Preview: The Cincinnati Renaissance Project Is One Of The Coolest Video Ventures Of 2018

Cincinnati is a city with a rich arts scene. You’ve likely heard that before. And you’ve probably engaged in the arts in some fashion, whether it’s been by visiting a museum or seeing the symphony at Music Hall. (Per chance you haven’t done those things, fix that. Pronto.)

The arts are important because they make up one layer of a city’s DNA. In the case of Cincinnati, this layer is integral to who we are — it comprises pieces of our past with notes of our presents with hints of our future. And this is true, relevant, and happening whether you are aware of it or not. The arts are like a living, breathing microorganism with an ongoing story to tell.

But that story is meaningless if its not captured and brought to life in a way that gets people excited. Well, thanks to the tireless efforts and passions of two of the city’s biggest arts ambassadors — Tatiana Berman (founder of the Constella Arts Festival) and David Donnelly (film director) — there’s about to be a new platform from which you can connect with the arts scene.

Beginning in January 2017, Berman, Donnelly, and their talented crew started amassing footage of the city. They’ve interviewed over 50 local influencers. They’ve compiled hours of video. They’ve edited it. They’ve refined it. And soon, they’ll be releasing it well, episode one.

The episode will run about nine minutes long. And having seen the first cut, I gotta say — it’s good. Reeeeal good. It’s like a Hollywood movie crew came through to interview our local stars (e.g. Jean Robert, Molly Wellmann, etc.) and shine a spotlight on our city. Except, we don’t need a Hollywood crew when we've got this talented Cincy crew.

I interviewed Berman and Donnelly to get a better understanding on why they felt so compelled to launch this video project. Here are excerpts from their joint responses:

The arts teach us how to communicate; and for a city, it is impossible to thrive without effective communication. One method of communication is in the form of a story. Cincinnatians can draw strength and inspiration from these extraordinary individuals doing extraordinary things.

A city’s narrative is crucial to its success. So we decided to start documenting and crafting our city’s rich, artistic narrative.

This city has the potential to become as big as the people of Cincinnati want it to be.

The official release of episode one is still TBD, but it’ll happen sometime in early February, in conjunction with the 2018 Constella Arts Festival. And they’re already working hard on editing episode two as well. Ideally, this will serve as a monthly or, maybe, weekly program.

Meanwhile, you can enjoy a preview of the Cincinnati Renaissance Project by viewing the trailer above.

And if you have a story you think is worthy of being featured in a CRP episode, email constellafest@gmail.com with the subject line “CRP.”

ABOUT THE CINCINNATI RENAISSANCE PROJECT PRODUCERS

Tatiana Berman is a musician, artist, and cultural entrepreneur. She is the founder of the Constella Arts, co-creator of the groundbreaking concert format Not So Classical, which recently starred Ken Jeong from The Hangover, and is the star of the upcoming documentary Forte. In 2012, she was honored as an arts ambassador of Cincinnati. Her music video Vitali Variations was featured in the Huffington Post and is airing in 26 countries.

David Donnelly is an artist, writer, and film director. He is the director of Maestro, which is airing on networks across the globe. He is the director of the upcoming documentaries Nordic Pulse and Forte and is the executive producer of the award-winning film Gabe. His work has been featured in publications including Forbes, Playbill, and NPR. He is the founder of Culture Monster.