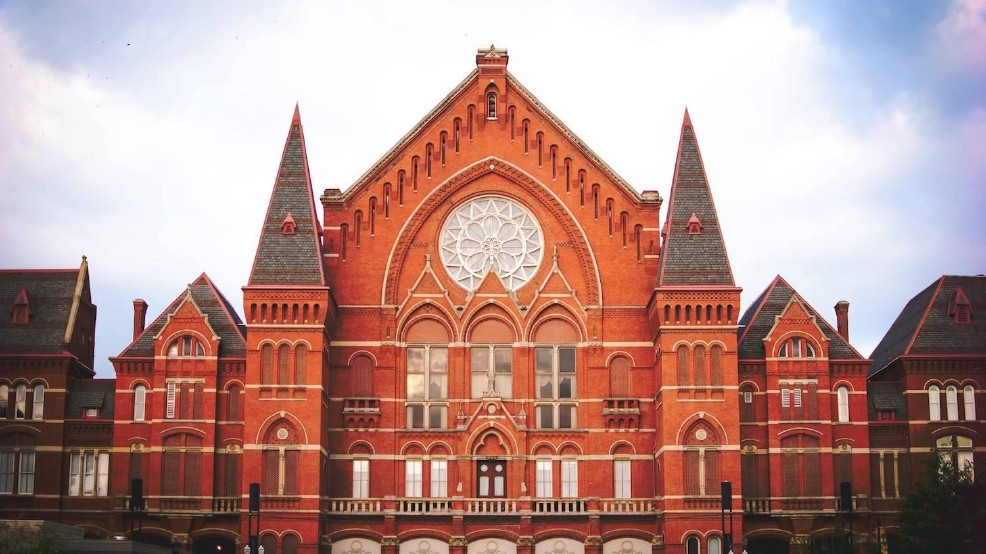 Take A Tour Of Buildings Designed by Cincinnati's Most Famous Architect

The architectural landscape of a city is an authentic representation of its past and present. Our buildings enclose and inspire us; they are the materials by which progress and decline are measured.

That's one of the many reasons I love Cincinnati. Its architecture is magnificent and distinctive, ranging in style from Gothic to Italianate, from Queen Anne to Richardson Romanesque. The architecture (and not just the bougie restaurants and new retail) is what makes Cincinnati a special place to live.

Credit for that should largely go to 19th-century architect Samuel Hannaford. He designed many of the landmarks for which Cincinnati is best known, including Music Hall and City Hall.

In total, Hannaford designed more than 300 buildings, and while his major landmarks are surely striking, his lesser-known designs -- like the Eden Park Stand Pipe and the Elsinore Arch -- are just as important to the city's architectural identity.

Born in 1835 in Devonshire, England, Hannaford's family moved to Cincinnati in 1844. He enrolled at Farmer's College in 1853 and later joined the architecture firm of Edwin Anderson and William Tinsley.

After traveling extensively in Europe, Hannaford set up his own firm in 1871. It was there that he drew the plans for St. George's Church, which was to be among his first architectural masterpieces.

Over the next few decades (including a brief partnership with fellow architect Edwin Procter), Hannaford would design Music Hall and City Hall, in addition to the Phoenix Building, the Cincinnatian Hotel, and the Cincinnati Observatory. (Note: Hannaford's firm went on to design the Cincinnati Times-Star Building, but Hannaford died in 1911 and that building wasn't completed until nearly 20 years later.)

He would gain international renown for his pure grasp of several different architectural styles, many of them inspired by his experience abroad. That Cincinnati resembles a European city is due in part to Hannaford's affinity for Old World designs -- an affinity that was both inspired by, and a product of, the large German population to which Cincinnati became home in the late 19th century.

The visual legacy of Hannaford's career can be found all around Cincinnati. In the years since his death in 1909, his works have furnished a magnificent backdrop for the city's many transformations, especially the ongoing revitalization of the urban core.

It is a testament to Hannaford's genius that though his works have seen a century of change, their inspiring place in the life of our city is as vital as ever before.