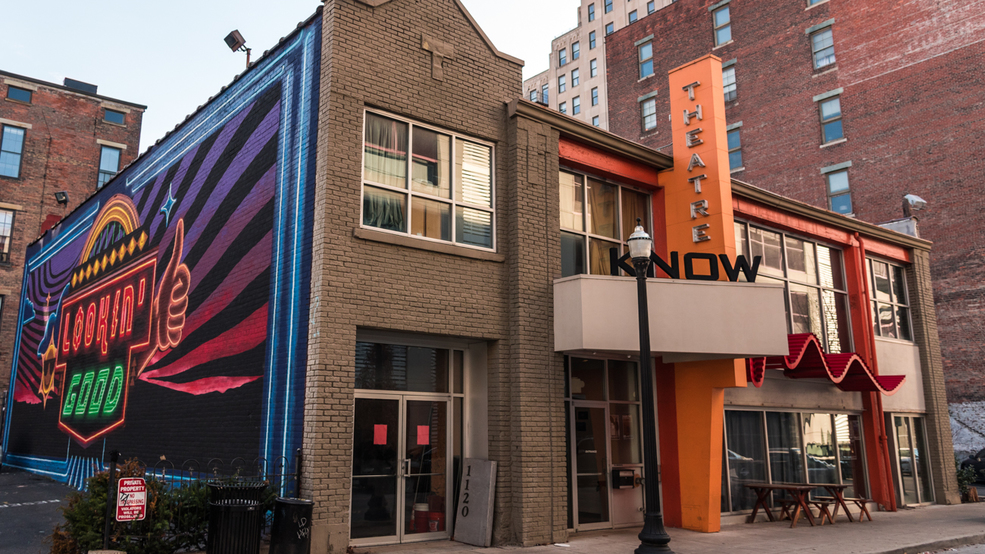 Though theaters around the region have temporarily closed their doors, the arts are alive and thriving thanks to the magic and availability of technology. Know Theatre, Cincinnati's theatrical playground in Over-the-Rhine, is among the theaters who are participating in live streaming and downloadable entertainment for those who seek escapism and culture amid the ongoing social distancing era.

Instead of packing the theater, they're offering a multitude of streamable and downloadable content produced by top-notch talent through an online extension of their touring organization, Know to Go. Revenue made from sales of all streaming and downloadable content will be split 50/50 between the theater and the artists who made the shows possible. That support will help everyone involved in the artistic community stay afloat during these uncertain times.

Here's a breakdown of what they have available for anyone to check out.

Alabaster, which we reviewed earlier this month, is available to stream for a limited time. Anyone who bought tickets to the show ahead of time can access a cinematic recording right now. If you haven't purchased tickets yet, you can do so through Saturday, March 21 at 10 PM. By doing so, you'll get a link and a code to access the video, which can be viewed through April 4.

You'll also be able to stream two additional Know-produced shows this weekend. Unlike Alabaster, they will be offered indefinitely and can be streamed any time once they're live on the site. Andy's House of [blank] and Darkest Night at the Gnarly Stump will both be offered for $10.

Additional archived shows will be hitting the site over time, too.

As you know (heh, see what I did there?), the theater offers 50 affordable tickets that are first-come, first-serve for all of their shows as part of their ongoing Welcome Experiment. If you can afford to support the theater with a little more, streaming passes for all videos are $15. If you really want to help artists during these trying times, consider going for the Living Wage streaming pass for $25.

Are you a fan of audiobooks and podcasts? This one's for you. Know Theatre is making a series of locally-produced audio theater available for download that can be played at any time. To begin the series, Andrew Hungerford's play, Of People and Not Things, will be downloadable for a steal—only $5! The show was seen in Cincinnati, Edinburgh Fringe, and the Hollywood Fringe Festival when it debuted. You probably already know Hungerford as the Producing Artistic Director of the Know Theatre.

More audio theatre is in the works, too. Know's planning to record brand-new audio theatre while working with local playwrights to continue the series.

Also, local playwrights are bringing their stories to virtual tabletop gaming! Characters played by improv actors are led through role-playing scenarios by experienced game master and Know's Managing Director, Jackson Short. The series is called Roll Models, and the stories will be live-streamed in installments for online audiences. A virtual tip jar will be offered as a way viewers can support the actors during the performances.

Roll Models is still TBD on when it will debut, but we'll update this page with the scheduled date and time of the live-stream as soon as we receive it.

You can get tickets and more information about Know to Go's streaming and downloadable content on their website.