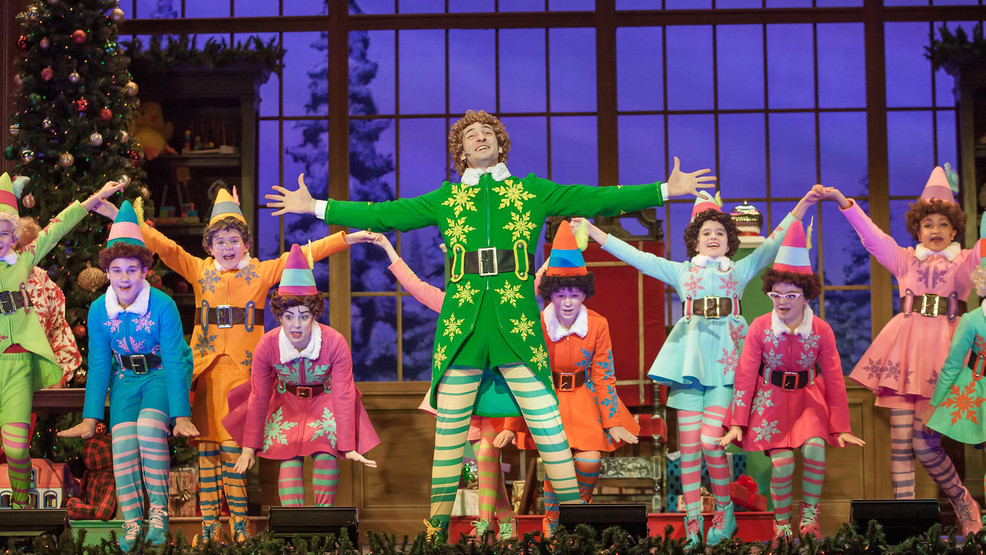 Elf The Musical Jr. will run at Taft Theatre from December 4-13 in a Broadway-style MainStage production. / Photo: Courtesy of The Children's Theatre of Cincinnati
SEE MORE

Elf The Musical Jr. at The Children's Theatre of Cincinnati Dec. 4-13

Buddy the Elf is coming alive on the big stage at The Children's Theatre of Cincinnati this holiday season.

Elf The Musical Jr. will run at Taft Theatre from December 4-13 in a Broadway-style MainStage production.

Based on the fan-favorite holiday movie, the show will feature a young orphan named Buddy who winds up living with Santa and the elves at the North Pole. He was raised an elf, until one day he decides to find his real family in New York, and remind the city of the true meaning behind Christmas.

The book behind the musical was written by Thomas Meehan and Bob Martin, with music by Matthew Sklar and lyrics by Chad Beguelin. The musical is based upon the New Line Cinema film written by David Berenbaum, and originally produced by Warner Bros. Theatre Ventures in Association with Unique Features. Elf The Musical Jr. is directed by Roderick Justice and choreographed by Eric Byrd.

The show is perfect for kiddos ages four and up. Show times for Elf The Musical Jr. include:

There are several sponsors who made Elf The Musical Jr. possible:

The Children’s Theatre of Cincinnati is supported by ArtsWave as well as tens of thousands of contributors to the ArtsWave Community Campaign. The Ohio Arts Council also helped fund the program with state tax dollars to encourage economic growth, educational excellence, and cultural enrichment for Ohioans.

To keep everyone safe, the Children’s Theatre of Cincinnati does ask that show attendees wear a mask, provide a negative COVID test or proof of vaccination, and a photo ID. Learn more here.