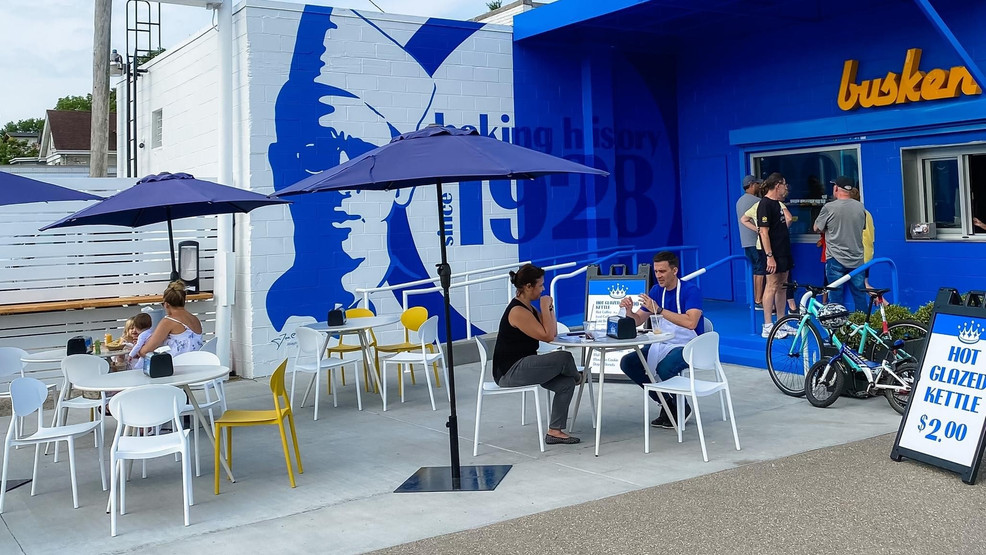 In the early days of Busken Bakery, its founder Joe Busken Sr. was a man running on little sleep. In fact, while he was up all night baking, he would leave the back door of his bake shop open so that customers could shop in the overnight hours.

"Customers came and went throughout the night grabbing hot donuts and paying using an honor system - a cardboard box on the table," Busken Bakery says.

In a return to what once was, Busken Bakery is now offering a walk-up window at its location on Wasson Way Trail.

Fourth generation Dan and Brian Busken decided to open the walk-up window at the bakery in Hyde Park to give customers the chance to get hot donuts, coffee, and cold refreshments for those runners, bikers, and early morning outdoor enthusiasts who utilize the Wasson Way Trail running directly behind it.

“This idea has been on the rise for years,” says President Dan Busken. “We've been baking here in Hyde Park for nearly 60 years. When the trail opened last year we decided that a back-door concept serving hot donuts would become a reality.”