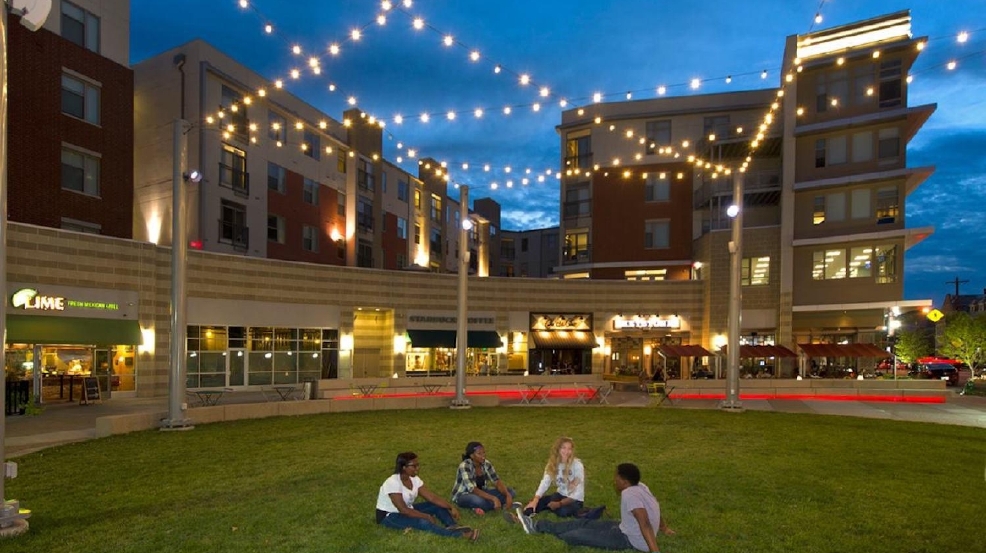 If you haven't been to Clifton lately, these 19 places will definitely give you a good excuse to go. / Image: J. Miles Wolf Photography, courtesy of U Square at the Loop
SEE MORE

An Outsider's Guide To Clifton: 18 Places To Visit

A word to all UC students and Clifton residents who insist on continuing:
Prepare to feel patronized.

For outsiders:
When I say "Clifton," what I'm actually referring to is (due to an unconscionably poor naming scheme) actually various elements of...

Clifton proper, Corryville, the Heights, and something called "CUF" that also contains... Clifton Heights.
It's an instance of bureaucratic sadism so profound that it boggles the mind.

Colloquial Clifton is among the most far-reaching outposts of urban Cincinnati. Its identity, however, diverges significantly from Downtown's, in that Clifton is both younger and more ethnically diverse. The eddying pool of culture/counterculture that results from that is just as interesting -- & just as delicious -- as that of the urban core.

But Clifton is also changing.

Its most dramatic contribution to New Urbanism is University Square. The development is a precise assemblage of green space, storefronts, restaurants, and shops invigorated by an ever-present stream of college students heading into places like...

Located at University Square, The Brass Tap offers 300 beers including 80 drafts and more than 30 local options. What's good is their happy hour: $3 local drafts. What's best is the fact that though this bar is literally right next to a major school, its surfaces aren't profoundly sticky. And its aroma isn't that of spilled beer and fermenting urinal cakes. Nope. It is, in fact, rather classy. (Impressive.)

One place where Clifton's ethnic diversity shines through is in its Indian restaurants, such as Krishna and Deep India (even Elephant Walk, if we're being somewhat general with the definition of Indian food). But the jewel among them is Ambar. Must be why so many college students flock there for first dates -- however imprudent it might be to romance a girl over heavy cream-based sauces, sweat-inducing garam masala, and an after-dinner breath freshener that includes candied fennel.

I drove past Mecklenburg Gardens several times before I saw it. No wonder. The historic bar has been there since 1865, and it looks as though the surrounding buildings have grown around and concealed it like tree roots. Also like tree roots, the fare at Mecklenburg Gardens is deeply rooted (ehhh?) in Cincinnati's German tradition. Meaning... Its beer and pretzels are suitably scrumptious.

With French Fry Heaven, the french fry has boldly strutted into gastronomy's pantheon of starch-tastic staples. Now, there are those who would use French Fry Heaven as further proof for the decline of (cough) Western Civilization. But I would encourage those french fry haters to actually try one of these dishes. They're freakin' great.

When done correctly, a hot dog's combination of savory, salty, and acidic flavors is outstanding. And Chicago's Gyros and Dogs does it correctly. The only problem is one that's true for all hot dogs: The amount of toppings required to create a maximally delicious dog is greater than the amount I can actually fit in my mouth. Ah, but a man's reach should exceed his grasp, Or what's a heaven for?

Adriatico's most famous item -- the "Bearcat" -- is an enormous Sicilian pizza that transcends the moniker of "pizza pie" and strays into the unfamiliar territory of "pizza cake." This monstrous pizza has paved the dreams and padded the stomachs of innumerable college students. Though the pizza landscape may change from year to year, the "Bearcat" -- and Adriatico's -- will always remain.

Before you go to Cilantro, you should definitely be sure that you like pho, as it's their signature dish. The banh mi sandwiches are clutch, too. But the pho is where this place really shines. And remember, it's pronounced "fuh" (which will make you feel stupid the first few times you say it).

While some might choose Jenco Brothers' Candy or Insomnia Cookies to satisfy their sweet tooth (teeth?), I wouldn't sleep on Gaslight Gourmet Cookies or their delicious macaroons. But beware! These aren't the delicate meringue sandwiches of French provenance (i.e. the macaRON). Rather, the macaROON is a coconut-based Italian sweet that is in every way an improvement upon its quasi-homonym.

This is the old La Poste, and it appropriately carries forward that legacy of medium-plus cuisine -- a seeming necessity on college campuses, perfect for impressing second dates and visiting parents alike. What they do well is showcase fresh, local ingredients. The chicken salad, for example, comes with a boldly plain avocado sliced and fanned over a piece of breaded chicken, radish, and gorgonzola. There's really nothing to it, but it's outstanding.

Ladder 19 has a pool table, a dart board, a large outdoor patio, and a delicious gastro-pub menu. For the masochists out there, Ladder 19 also has Fireball whiskey on tap. And hey, while we're on the subject: Since I graduated, it seems that alcoholic drinks have gotten much more disgusting (without developing any proportional benefits as would justify the decline. Like, say, the power of flight. Or time travel.)

All of that is to say: Fireball "whiskey." ... Anyone know the reason for that?

In college, sometimes you procrastinate for so long that you need a place where you can do three weeks of studying in a single night. Many people go to Starbucks, meaning Starbucks automatically becomes the worst (though the coffee snob in me -- a petulant little fellow named Pepé -- wonders whether that isn't always the case). Rohs Street Cafe is the solution -- a densely quiet place with outstanding cortados.

The only day you should think about getting Habanero is $2.50 Taco Tuesday. That's when Habanero serves tacos at the low, low price of... yep, $2.50. And they're worth every penny.

Steam it. That's the motto at Gilpin's. Steam everything. You certainly can't complain about the result -- the sandwiches on those glorious flattened pretzel buns are fantastic, as are the steamed burgers, steamed salads, and steamed pizza. Yep, if something exists, Gilpin's will find a way to steam it. You might even be able to swing a steamer for that wrinkly tie of yours. ... If you're nice about it.

Do you like things at half their usual price? Yes, you do. Well then you'll love Mr. Sushi's half-price sushi after 4pm. "On which day?" you ask. Oh, well that would be every day. Start with the crispy fried calamari appetizer, then face dive into some sushi.

A wall full of mugs. A pool table and an oversized chess set. A patio with corn hole. A chill vibe, good aesthetic, ethically sourced coffee, and delicious smoothies that make no pretense of healthiness... There's just nothing to not like about The 86, an awesome coffee house that doubles as an art gallery for local artists . (They also hold concerts for local artists on Friday and Saturday nights. You can slink down into a chair with a good book in the afternoon, and party it up in the evening. Not too shabby.)

Carrot fries, huh? I stepped tepidly into the small confines of Conscious Kitchen. Perhaps after binge watching Chef's Table, I was fatigued of the modern food revolution. But exactly one helping of carrot fries and one B-less Salmon BLT later, I was once again a true believer. Now I fill my compost during the day, eat a meal of rye bread and sweet potatoes for dinner, and read passages from The Omnivore's Dilemma before bed. (I don't, actually, but you get the idea.)

As one of the most popular coffee shops in a college town, Sitwells wants no part of Starbucks' neutered design, bland brews, and baffling aversion to alcohol. What some may deride as "crunchy" is really just a laid-back atmosphere where friends can gather.

No, it's not for the freshman who needs to pass that Stats exam. But if you're a checked-out senior with only an unfinished Language requirement holding you back from graduation... You might find yourself at Sitwells. (Or Lydia's, which is right across the street and looks just as enjoyable.)

Fries has several pool tables, two staggered floors, and one massive back patio. Also, it turns out if you blindfold a grad student and put them anywhere on campus, they'll still be able to find their way to Fries. That's the main clientele, according to one Yelp reviewer, who described the crowd as "grad students trying to forget how much writing a thesis sucks."

But the prize for best Yelp review goes to an anonymous individual who, after patronizing the establishment in 2011, had this to say: "Pretty girls go to this bar."

I can see the fellow now... Sitting vexed at his keyboard, straining to produce the remaining lines of what I'm sure was at first a haiku: "Pretty girls go to this bar." And then, finding that his first line has said everything he means to say, he rises from his computer and departs, having pronounced a final judgement upon the bar where pretty girls go -- and indeed, upon the whole fleeting affair of mankind's existence on the earth.

Got any suggestions for other places you love in Clifton? Hit us up on Facebook and let us know!