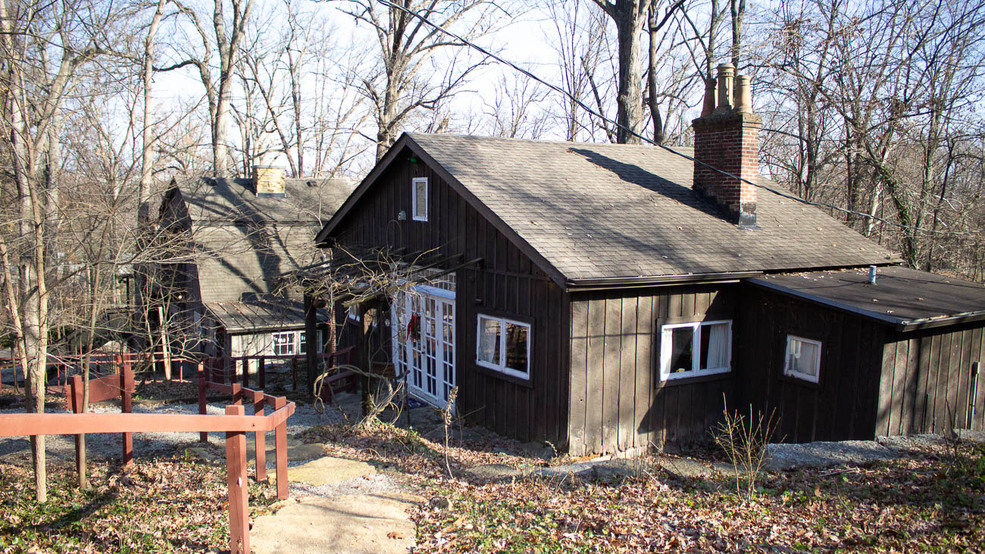 If you trace back its history, you’d find that it mostly served as a cultural hub for writers, artists, and weavers. It continues to be a place for people to gather and appreciate works of art. Little Loomhouse’s mission is to continue the legacy of Lou Tate, an internationally-famous master weaver who formerly lived and worked on the property. They offer integrative tours, host summer camps, and teach weaving courses. ADDRESS: 328 Kenwood Hill Road, Louisville, KY (40214) / Image: Katie Robinson, Cincinnati Refined // Published: 12.15.18
SEE MORE

Weaving is a very special kind of art form that even animals enjoy. Fish, squirrels, and spiders all take part in the craft of tangling up things in a distinct way to achieve a useful pattern that won't fall apart. But there’s more than just weaving going on at The Little Loomhouse in Louisville; there’s also plenty of history living within its cabins' walls. The name sounds mistakenly singular, but there are actually three cabins on the wooded site, the first of which has been preserved since the mid-1800s.

Surprisingly nestled within a residential area up a narrow, winding lane, The Little Loomhouse structures have been around for centuries but only received national historic landmark status in the 1970s. The site includes some of the last remaining Victorian-era cabins surviving today. Naturally, tourist appeal quickly followed.

Today, the property is notorious as a historic colony and weaving site, but this wasn’t always its purpose.

The first cabin that was built on the property was constructed in the late 1860s as an office for Beoni Figg’s rock quarry business. The enormous fireplace in the middle of the cabin is made of rocks that were extracted from the land during his time there.

Figg’s son-in-law turned it into a summer home for wealthy people to vacation in the wooded, park area.

A neighbor purchased the summer home cabin and built two more on the property to continue renting them out.

When Etta Hest bought the estate, she turned it into a cultural hub for art parties where artists, writers, and weavers could socialize.

The “Happy Birthday” song was first sung here. The Hill sisters, Kindergarten teachers who wrote songs for their students, lived in neighboring cabins (which no longer remain) and visited Etta for her niece’s birthday party. They changed the lyrics to one of their good morning tunes to wish the girl a happy birthday instead, creating one of the most iconic songs in what is now the Esta Cabin.

Mary Wulff, an author and artist, was one of the guests of Etta’s artist get togethers who later bought the estate to continue its art scene when Etta Hest passed away.

Lou Tate, another artistic visitor of the art hub, purchased it after Wulff and is notably the most influential of the property’s owners. She turned it into the weaving colony that it remains today. She is famous internationally for her research and contributions to the art of weaving. Plenty of her original coverlet drafts and collections can be found in The Little Loomhouse museum.

Her works were even favored by famous names such as President Hoover’s wife, Lou Henry Hoover, who encouraged her to make a smaller version of a loom. Eleanor Roosevelt also commissioned Lou Tate to weave her 12 linen placemats with the letter R to adorn the White House. (No big deal.)

When Lou Tate passed away, her weaving students at The Little Loomhouse started a non-profit that continues to run the historic center today.

Esta Cabin serves as the historic home and museum on the site. The second cabin, called Wisteria, is the gift shop and gallery with rotating art exhibits to explore. The third cabin is called Tophouse. That’s the weaving studio where classes are taught.

The mission at Little Loomhouse is to preserve its incredible history and continue Master Weaver Lou Tate’s legacy of “educating students about the history of weaving and textiles arts,” as Michelle puts it. They offer tours, field trips, weaving classes, summer camps, and diverse community programs to carry on her impact on the art of weaving.

You can tour The Little Loomhouse for free, take a guided tour for $5, or get the unique experience of weaving your own mug rug at the end of a guided tour for $12 (which I recommend because you leave with a handmade souvenir and bragging rights.)

The Little Loomhouse is located at 328 Kenwood Hill Road, Louisville, KY (40214). Visit their site to learn more and take a virtual tour.