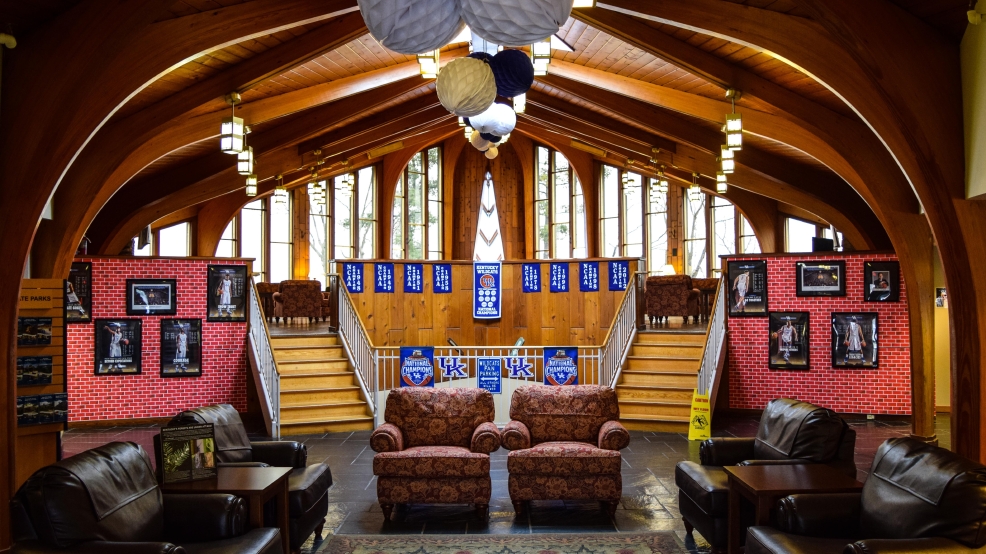 General Butler State Resort Park offers a mix of lodging accommodations, from hotel style rooms in its to lodge to quiet cottages tucked away in the forest. (Image: Gerry Seavo James)
SEE MORE

The Abandoned Kentucky Ski Resort That Still Has Plenty To Offer

As far as winters go, this year's hasn't been too terrible. Then again, it hasn't exactly been a cakewalk, either.

With the past few weeks offering too much snow and artic-esque temperatures, most folks have been hunkering down in their own fortresses. Once there, top activities typically include 1) cursing at Old Man Winter and 2) binge watching House of Cards to prepare for its upcoming Season 3 release date.

So, if you're in need of a getaway to address your cabin fever, you're not alone. And while the words "getaway" might bring to mind pictures of sunny beaches in Florida, realities (schedule, responsibilities, finances, etc.) sometimes demand something a bit more practical.

Fun fact: the park once operated as Kentucky's first and only ski resort, Ski Butler. It opened in 1982 but was forced to shut down in the mid-'90s because of the difficulty in maintaining snow as well as other logistical issues.

Located on the hilltops above the picturesque Ohio River valley community of Carrolton, this park has it all. And at just a stone's throw away from Cincy, you won't spend your entire tax return on the gas to get you there, either.

General Butler State Resort, named in honor of General William Orlando Butler, is part of Kentucky's state park system, which is often touted as one of the nation's finest. (& That's no mere "humblebrag," either. It's 100% accurate!) That means that, like its brethren around the state, the park offers golfing, swimming pools, playgrounds, 5-star dining, miniature golf, and amazing staff that love sharing their special place with visitors.

Plus, the park's accommodations, which have been recently renovated, aren't overly pricey. Options range from hotel-style rooms in the park lodge to quiet cottages tucked away in the forest. And did we mention the architectural charm that this resort boasts to earn it extra style points? 'Cause it does.

The history buffs among us will love having the chance to explore the historical Butler House and learn about the family's military legacy (with service dating back to the Revolutionary and Civil Wars). For the art-and-design crowd, the General Butler lodge (built in 1961 by Louisville-based architects Braun and Ryan) looks like it was touched by the hand of Michelangelo himself.

Ultimately, though, the real reason to hit up a State Park isn't the amenities or accommodations. It's the great outdoors. With a multitude of outdoor recreation activities -- from hiking/ mountain biking on miles of trails to paddling on the Kentucky and Ohio Rivers, and everything in between -- General Butler wonn't let you down. (Headsup: Don't miss the Carrolton scenic overlook built by the Civilian Conservation Corps in the 1930s. It's the must-experience viewpoint in the park.)

Got your interest piqued? Great. It's time to head on out.