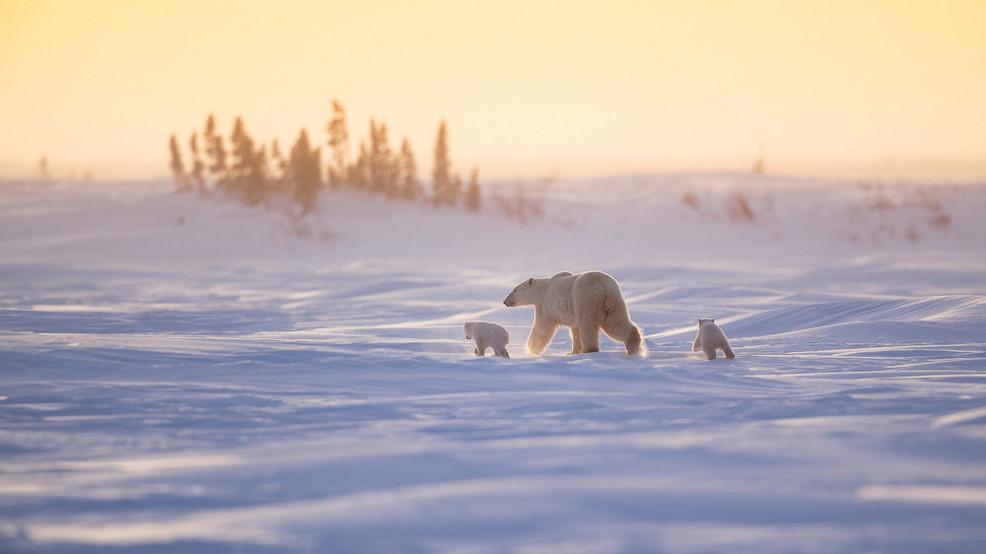 "Would a local wildlife photographer who shoots remote regions in northern America and Europe be a good story for Cincinnati Refined?" asked Deb Johnson, co-owner of Over-the-Rhine's Robin Imaging, over email.

I could barely type the word "absolutely" before hitting send on my reply. I know a few local photographers, but none of them venture into the world's harshest environments to capture wildlife like Steve Barger. For 30 years now, Steve's been aiming a camera at beautiful landscapes and animals, from local birds to Canadian bear cubs, and making incredible images.

He wasn't always a professional photographer, though. Years ago, Steve went to UC, got a degree in electrical engineering, and spent his career working in the industry until retirement. Today, however, he does photography full time. Like Deb mentioned, he travels abroad to capture some of the world's most beautiful natural subjects. One look at Steve's work, and you'll appreciate the level of respect and care he has for both his subjects and the compositions he creates.

Though he was shooting wildlife on a Minolta at the Cincinnati Nature Center as an amateur, he attributes a vacation in 1990 to Yosemite National Park in California as the genesis of his professional photographic journey. There, he participated in a workshop with a nationally recognized photographer who inspired him to pursue photography seriously. That workshop inspired him to seek out additional professional-led workshops when he could, as well. Suzanne, his wife and a photographer herself, traveled with him to these workshops.

In the ensuing years, he's been to many locations worldwide to photograph Earth's natural beauty. While he says his favorite subject is "wherever he is," he points to the remote landscape of Wapusk National Park in Manitoba, Canada as his absolute favorite of the places he's been so far.

In Wapusk, a three-day guided excursion into the frigid tundra brought him to photograph polar bears with their cubs at a particular denning site that's only open to an exclusive roster of experienced photographers a few weeks out of the year. It took him years to get into their ranks, but since doing so, Steve's captured genuinely amazing photos of the wild bears in their natural habitat. He goes to Wapusk on an annual basis now.

Of course, traveling to the coldest, most remote regions of Manitoba to see bears isn't easy, and Steve recognizes it's not something just anyone would be willing or capable of doing. To him, though, it's something he craves. The long hours of waiting for something to happen, the trip's cost, and the harsh conditions of the weather aren't to be taken lightly. In his words, "you really have to want to be there to do it."

When I asked Steve about the precautions he takes when photographing wildlife that is commonly associated with danger, like wolves and bears, he says it boils down to respect.

"You have to be sensible and very cool—slow movements, nothing quick. Don't approach and stay calm. Have respect for the animal and don't force the photo. Let the photo happen. Capture what you see," he explains. "They know you're there, but as long as they're not threatened, they'll go on with their routine. Keep your distance, too."

You may be asking yourself how Steve respects an animal's space when he has such vivid closeups of the animals in their natural habitat. Simply put, Steve uses an 800mm telephoto lens with a teleconverter that boosts his range to the equivalent of 1000mm.

In other words, he uses a powerful zoom lens to keep himself as far from the animals as possible. Though the viewer can count the whiskers on a couple of baby bears' snouts, Steve was geographically nowhere near them when he captured the image.

According to Steve, his photography focuses on capturing wild animals' behaviors so people can see and understand them. He wants to give the viewer insight into what he saw and felt as he hit the shutter on his camera to tell the animal's story with every frame he makes. As a result, he hopes everyone who sees his work gains a more profound respect for and better appreciates Earth's irreplaceable wildlife.

Another thing is, while other environmental groups focus on the hard truths about the human toll on wildlife around the world, Steve's work is always uplifting. He's chosen to take a more positive approach to his imagery in the hopes that more people will engage with it and, as a result, appreciate wildlife to a greater degree.

You can see a collection of our favorite images in the gallery above.