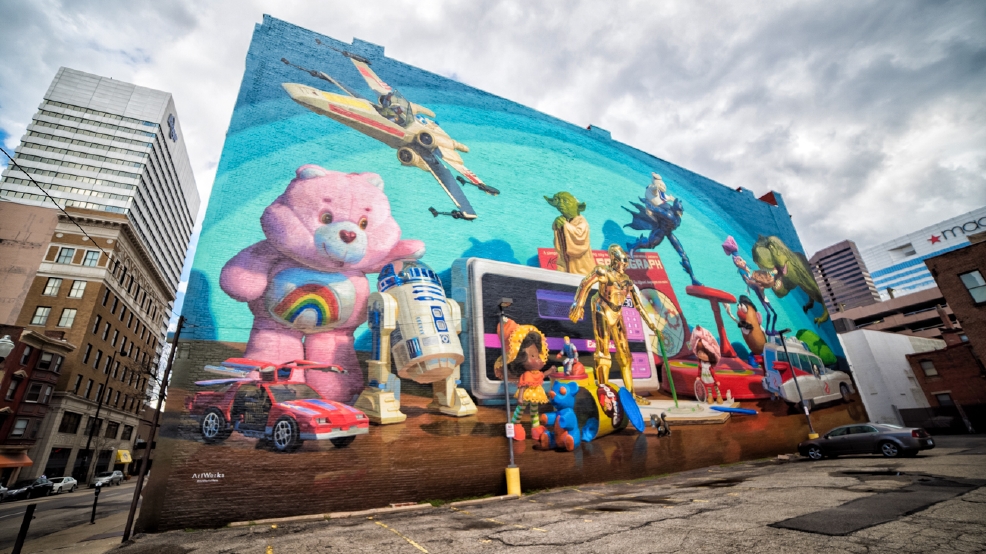 Louis Rideout, curator of the wildly-popular account @Cincishooters on Instagram, spends much of his time seeking out the talented work of others as a way to promote their photography. But despite spending so much time championing the art of his contemporaries, Rideout has still found the time to create his own brand of photography.

So, let us rotate the spotlight on Rideout for a moment and champion him, instead. After all, he deserves the "Cincishooter" treatment just as much as anyone, right?

Cincinnati Refined: Sum yourself up in a couple sentences.

Louis Rideout: I'm captivated by art in its many forms. I'm intrigued by people and their stories. I believe there's power in positivity. I'm pretty chill.

CR: What’s your camera of choice?

LR: I've been shooting Canon for years, but the last two months I've been using a Nikon D750 (gasp!)

CR: The one lens you can’t live without

LR: I have an affinity for taking pictures of people, so my 50mm portrait lens is my fave, but my 14mm wide angle is giving it some competition.

LR: Getting full access to shoot a Royce 5'9 concert in Detroit, thanks to my friends recording artists RSXGLD. I've been listening to Royce since I was in high school, so getting to watch the whole show in the pit and go backstage and meet him was amazing. And D12 showed up!

CR: How would you describe your photographic style?

LR: This may be the hardest question I've ever been asked. My style is to do whatever I feel is right for that moment. I don't like to feel boxed in. I can say I'm big on detail. I want your eyes to feel the texture of the subject.

CR: What’s at the top of your photography bucket list?

CR: Any advice for aspiring photographers?

LR: Art is subjective. Don't look for validation. Look for your audience.

CR: Motto to live by

You're not finished with Louis. We have 40 of his photos in the gallery above, and you can view all of his public work on his personal Instagram account, @CallMeRideout2. Plus, if for some reason you're not following @Cincishooters, rectify your wrongdoing ASAP.