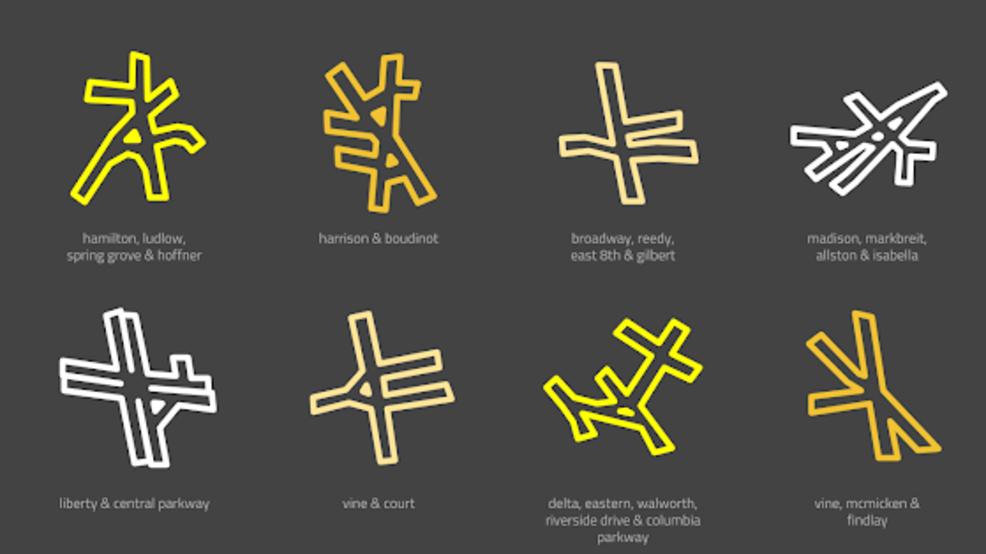 An Artist Transforms Some of Cincy's Unique Intersections into Art

When you’re stuck at an intersection during rush hour traffic, do you feel inspired by your surroundings? Most people would say no, but after seeing artist Peter Gorman’s work, you may change your mind.

After an 11,000 mile solo bike ride across North America, Gorman, a Syracuse native, became inspired by the urban geography of intersections throughout his trip. Beginning in September 2014, Gorman rode from Boston to Key West before heading to San Diego and Vancouver. From there, he rode all the way to Boston.

"After my bike trip, I worked as a database specialist at a local nonprofit while running the Etsy store as a side hobby,” he says. “When the intersection designs took off, it was the boost I needed to make my side hobby a full-time thing.”

So, are people really intrigued by intersections? Apparently they are. Comments from fans affectionately compare the designs to Nordic Runes, Kanji symbols, break dancers, yoga poses, and even Blair Witch symbols.

“It's been so much fun to connect with people in cities all across the country. I've heard so many horror stories about driving and biking these intersections and it's been really funny to hear what people see in the shapes,” Gorman says. “Just a few months ago, I received an order from a boutique hotel in Chicago for 55 prints—one for each room. I also continue to get requests for new cities, so I plan to keep designing!”

His collection of work even includes Cincinnati. Gorman spent time studying the physical attributes and the history of the intersections he drew.

"I always do research on a city -- the history of how it's been laid out, how it's changed over the years and how people experience it day-to-day. I picked some of the most notorious intersections and browsed on a map to see which ones make interesting shapes.”

Which intersections did he choose? Here's a few:

Check out the gallery above to see these and other intersections he's done for Cincinnati, as well as intersections and maps for other cities and places in North America.