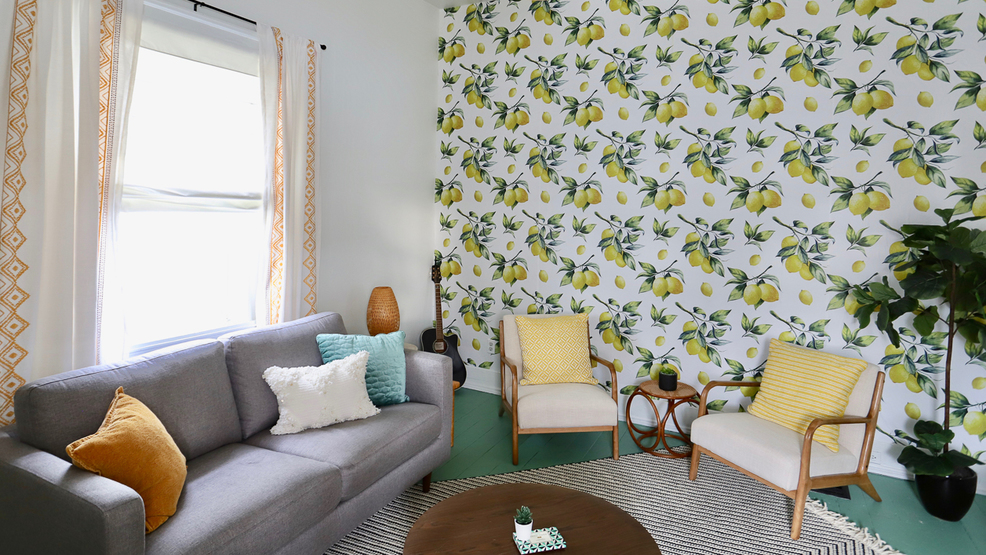 Nicole Nichols transformed a 740-square-foot house in Oakley into an Airbnb and short-term rental. Entitled "The Little Lemon," the house is just enough space for someone to stay overnight in comfort and style. / Image courtesy of Nicole Nichols // Published: 1.8.19
SEE MORE

Veteran house-flipper Nicole Nichols is at it again. Instead of flipping something old and awesome to sell, she's exploring a decidedly more approachable tactic: rentals.

"[Airbnb] is a natural fit and transition that I have seen many flippers move into with great success. I thought it could be interesting to get to not only renovate a home but also truly decorate it since an Airbnb needs everything from wall art to curtains to towels to bedding and rugs." She says.

After some searching, Nicole found a little 120-year-old, 740-square-foot Oakley home and made proverbial lemonade out of lemons. In fact, that's what she calls the house: The Little Lemon.

The house was yellow when she bought it—an appropriate hue for a house described as a lemon.

"Everything was done cheaply or not done at all, and it was strange and weird," she says. "It was in bad shape."

After a decision to throw up a wall of lemon print wallpaper, the character of the house was immortalized. She wanted the Little Lemon to stand out among other rental homes in the area. Though she didn't intend on painting it, she ended up giving the front of the house a fresh coat of paint and stuck with the yellow theme.

But the Little Lemon doesn't solely subsist on a citrus aesthetic; the layout of the home, which proved a logistical challenge for its occupants before Nicole purchased it, adopted a whole new flow.

She started by updating the essentials: furnace, roof, electrical—all that. The stuff any house flipper doesn't necessarily enjoy doing but recognizes its importance. That was the first squeeze out of the lemon.

The layout came next. Before she purchased it, the house was a weird collection of rooms tacked onto one another. A bedroom separated the living room and kitchen without doors to either space. A 5-foot by 5-foot bathroom left little room to move around the sink, toilet, and shower. But what buyers saw as problematic for permanent living, Nicole saw as an opportunity for rental. A big kitchen, lots of closet space, and a large bedroom weren't necessarily needed for short-term stays.

She redefined the layout of the house to make sense. The bathroom was enlarged, the living room and kitchen were connected, and the bedroom was moved and received a door. That was the second squeeze.

Though she was on a tight budget, cosmetic upgrades weren't overlooked. The floors were painted, IKEA counter tops and vanities were installed, and she found creative ways to do cabinetry. Waiting for Black Friday and Cyber Monday deals reduced her costs further.

"I don't think you need to spend a lot in a renovation to achieve a nice and unique look." She says.

That was the final squeeze. Drink in the before/after photos of the refreshed home in the gallery above.

Nicole says one of her first guests to stay in the Little Lemon was an Oakley local who needed a place to stay while her own home's hardwood floors were refinished. To Nicole, that's exciting.

"I just love the idea that people who are improving their own homes may also stay in this one because I am all about home improvement!"

The Little Lemon will rest the head of out-of-towners and locals alike. It's listed on Airbnb and is also offered as a short-term rental on Zillow.

If you like the Little Lemon, consider checking out other projects Nicole's done (that we've featured), too. They're listed below.