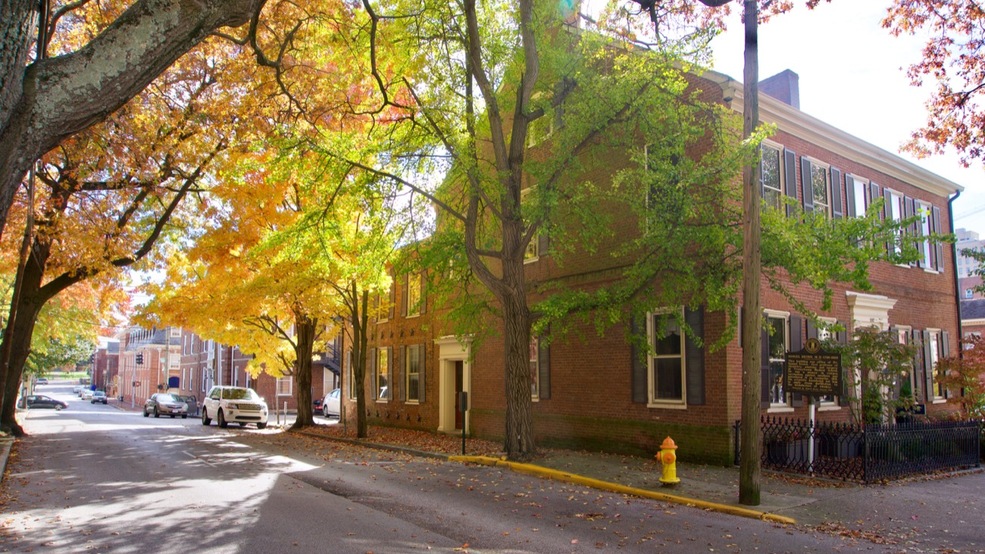 With a growth rate of 8.6 percent, Lexington is the fastest growing city in Kentucky. It features a dense, historic downtown with first-floor bars, restaurants, boutiques, and bodegas. While smaller than its Rust Belt neighbors to the north, it avoided the pitfalls of the 20th Century American city and has emerged as one of the most charming, vibrant, and attractive cities in the region. Located 83 miles south of Downtown Cincinnati. / Image: Brian Planalp // Published: 11.8.18
SEE MORE

Every city has something to say if you’re willing to listen. Lexington, Kentucky is no exception.

Lexington is the second largest city in the Commonwealth of Kentucky. Its metropolitan area has a population of 513,650 with a growth rate of 8.6 percent since 2010. That’s really good. It’s double the next highest growth rate in the state—Louisville’s is 4.7 percent, while the Northern Kentucky counties stand at 4.5 percent.

Obviously, Lexington has a long way to go before it catches up with Louisville, a city of 1.3 million. Still, its culture, urban density, economic diversification, and the high education rate of its population might have you wondering whether this—and not Louisville—is Kentucky’s prize city now.

From an urbanist’s perspective, Lexington has a lot going for it. The conditions of its past and future growth are fascinating to dissect. Even if you’re only in the market for a weekend day-trip, you can still learn a lot by getting your feet on the ground.

Here’s what we learned doing just that.

Downtown Lexington is not the biggest metropolis in the world by any means, covering less than a mile at its longest end. Even after adding in neighboring historic districts, you’re still looking at a region smaller than Covington. But what the city may lack in size, it makes up for in history and character.

The commercial blocks near the city center are of Italianate design with first-floor bars, restaurants, boutiques, and bodegas. They’ll be familiar to anyone from Cincinnati. Likewise with the historic districts, whose preserved homes range in style from Victorian to Federal, the latter of which will have you dreaming of Boston.

Thanks to the preserved architecture, the entire downtown teems with the same feeling of closeness that's characteristic of the country's most inspiring, urban places. Even amidst that closeness, however, the environment feels curiously tame. Then you remember you haven’t had to cross a Central Parkway or a Madison Road, and you realize the harsh boundaries that exist in a bigger city don’t exist in a city a quarter as large.

There aren’t any over-sized interstates running through the downtown either. There exist fewer abandoned factories, too, so the terrain appears less bombed-out than a Springfield or a Youngstown. And as for sprawl, Lexington certainly isn't immune, but the growth is curtailed by city planning policies. It all combines to create a charming, historic tableau—one that’s as deep in character as it is rich with history.

Let’s turn to Lexington’s past, for example. Its lavish old homes attest to the city’s early wealth, accrued from horses, tobacco, and (unfortunately) slavery. Without a major commercial waterway like the Ohio River nearby, the city leaned on those sources of means rather than becoming over-reliant on manufacturing. It missed out on the Rust Belt growth enjoyed by Pittsburgh and Cincinnati, but it sidestepped the pitfalls, as well. Hence, like many other Appalachian growth-towns, it had less to rehabilitate when the music stopped.

Among the most important factors in that regard was the 1967 urban growth boundary. Using minimum lot size requirements, local lawmakers halted suburban development in the valuable horse pastures surrounding the city. Subdivisions settled on land that had been dedicated to tobacco, which was deemed less valuable. Still, the boundary had the effect of encouraging density in Lexington’s downtown and university neighborhoods, just as cities like Cincinnati were building highways to the suburbs.

To wit, all of Lexington’s high-rises date from after the establishment of the boundary. It conditions the city’s development patterns to this day, as land becomes scarcer, historic buildings are revitalized, and multi-family projects take the place of downtown parking lots.