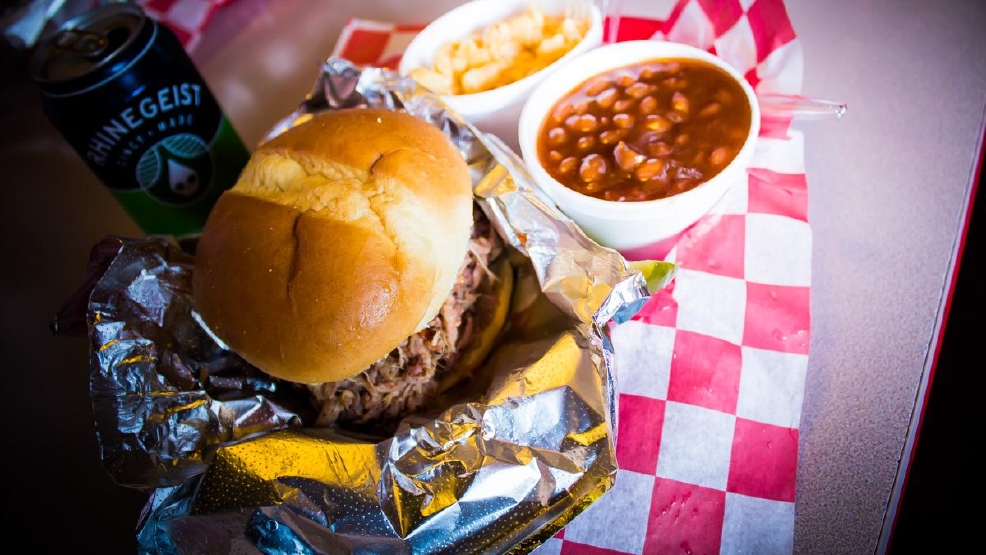 The Best BBQ In The State Might Just Be In Middletown, Ohio

Pretty much everyone in Cincinnati adores Terry's Turf Club and Eli's BBQ. But -- stick with me here -- what if these two East Side staples had some sort of love child?

Well, it'd be just up the road in Middletown, Ohio. And it'd be called Combs BBQ Central.

And, obviously, it'd be awesome.

We heard a rumor there was a barbecue place in Middletown that was well worth the drive, but we were skeptical. After all, doesn't everyone claim to have the best "hidden gem" barbecue joint up their sleeve? No one brags that his/her town's barbecue joint is "sort of OK." Regardless, we decided to find out for ourselves. ... And?

After walking away from Combs BBQ with full stomachs and a severe case of the meat sweats, we can testify that it is indeed some of the best BBQ in the entire state.

Originating in a short-lived food truck, the operation now occupies a large corner of Central Avenue in Middletown. Here, owners Lisa & Chris Combs work tirelessly to not only serve up the mouth-watering good stuff, but to also be a fun, friendly spot for the community to gather.

The Combs were nice enough to let us try nearly everything on the menu -- from the ribs to the wings to the classic pulled pork sandwiches. Complemented by Rhinegeist beer and sides of baked beans, mac & cheese, and cornbread, the barbecue lived up to the hype. Slightly salty and just the right amount of sweet, the pulled pork was pretty much perfect. The ribs and wings were also tender and delicious. We'll even go out on a limb here and declare the wings to be the best we've ever tasted at a barbecue joint.

The grub, however, is just part of what makes Combs BBQ Central a destination. Benefiting from Chris's father's years as a sign maker and oddity collector, the interior of Combs BBQ is funky, fun, and totally unique. Comparable only to Terry's Turf Club, the walls of Combs are packed with guitars, vintage neon signs, and weird knick-knacks from the past.

The final piece of the Combs BBQ puzzle of perfection is the people. During our time with Chris & Lisa, we noted that they knew pretty much every single customer who came in the door. If they didn't, we're sure they knew them by the time they walked out the door. That focus on friendly service carries right down to their staff, who are quite possibly the most wonderful servers we've met in a while.

Our time at Combs BBQ couldn't have been better: great food, great atmosphere, and great people. Let's just say that we will definitely be making a stop whenever we're in the neighborhood.

... More accurately: We'll definitely be making future trips to Middletown just for this place. It's just that good.