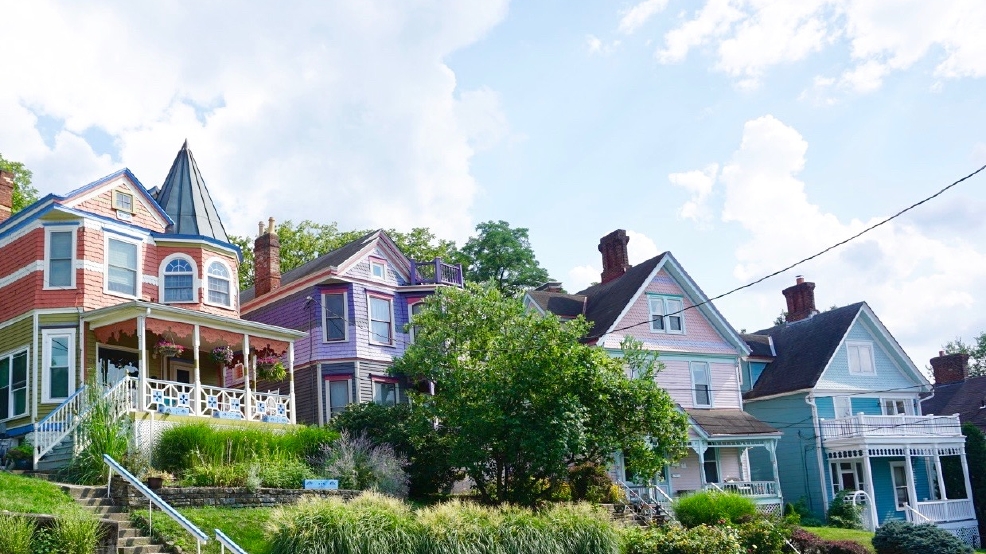 The old painted ladies of Columbia Tusculum are just one reason the community is thriving. It also has a large and diverse restaurant scene and a cohesive community feel. / Image: Brian Planalp
SEE MORE

But if you want a bit of that unique Bay Area charm right here in Cincinnati, head over to Cincinnati’s oldest neighborhood: Columbia-Tusculum.

The riverside community was founded in 1788, a month before the settlement (Losantiville) that would eventually become Cincinnati.

These days, among Columbia-Tusculum’s many claims to fame is its slew of stellar restaurants: The Precinct, Green Dog Cafe, Buz, Allyn’s Cafe, Taglio, BrewRiver GastroPub, Blank Slate Brewing, Tostados Grill, and Eli’s BBQ. (Wow, that’s a far more impressive list than I thought it would be when I began writing it out. Protip: Eat Taglio. Now.)

The real estate scene in Columbia-Tusculum is just as hoppin'. If you’ve cruised on Route 50, you’ll have noticed the fetching Victorian painted ladies (i.e. houses) lining the hilly streets that diverge from the thoroughfare. And the other homes in Columbia-Tusculum are beautiful as well, offering a compelling mix of nineteenth century and modern designs.

“Columbia-Tusculum is a hot neighborhood where homes are in high demand,” says Holly Finn from the Finn Team of Coldwell Banker West Shell. "Home buyers love this community for its shopping, dining, parks, and proximity to downtown. Some of the homes also have unbelievable views of the city, valley, and river!"

So, yeah, things are good there. If you’re looking for a new place in a thriving Cincinnati neighborhood and you’re worried prices have topped out, check out Columbia-Tusculum. It just might surprise you. Then again, you might already be a fan.

For more information on the portfolio of homes available in Columbia-Tusculum and around Cincinnati, visit the Finn Team’s website.