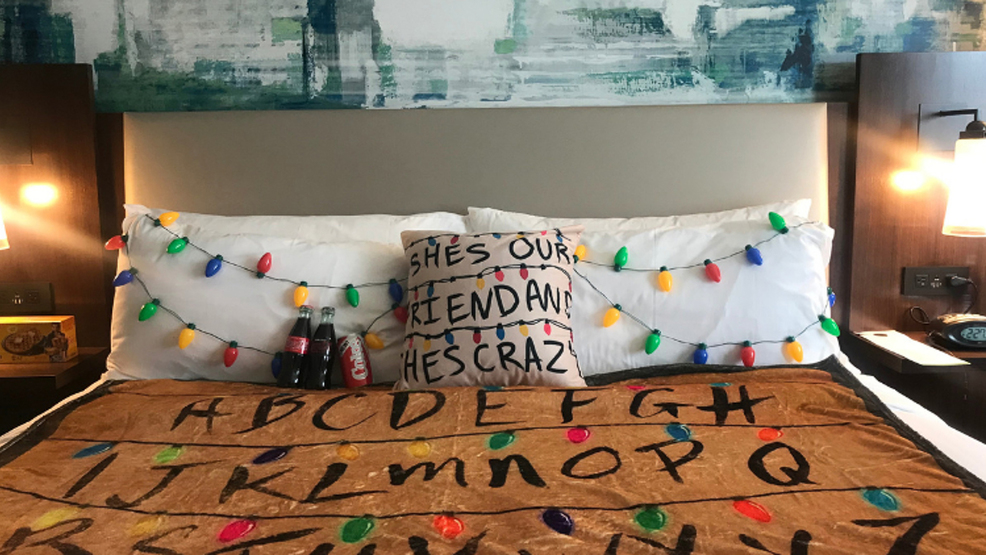 If you're going to Indy, you might as well enjoy the stay. Unlimited Netflix to binge the entire season, the official Stranger Things card game by Hasbro, string lights, and a complimentary mug and blanket are all part of the Indianapolis Marriott Downtown Hotel's "Upside Down" package. The package starts at $209 per night and is available through September 28. / Image courtesy of Visit Indy // Published: 6.26.19
SEE MORE

Unless you've been living beneath an aggressively heavy boulder for the last several years, you've probably heard of—if not seen—Netflix's Stranger Things series. The extremely popular show, which debuted nearly three years ago, is on the precipice of releasing its third season next week.

The show takes place in the fictional town of Hawkins, Indiana, and for the release of Stranger Things Season 3, Indianapolis is going all out. With Indy being so close to Cincy, locals who want the ultimate fan experience needn't travel further than two hours to get to it, too.

From an exclusive hotel package to themed refreshments at participating bars and restaurants, there's no shortage of Stranger Things goodness primed for fans to enjoy.

We aren't lying. That's not what friends do, after all. Check out the gallery above to see details on every offer you can get after a short drive for the big release next week.