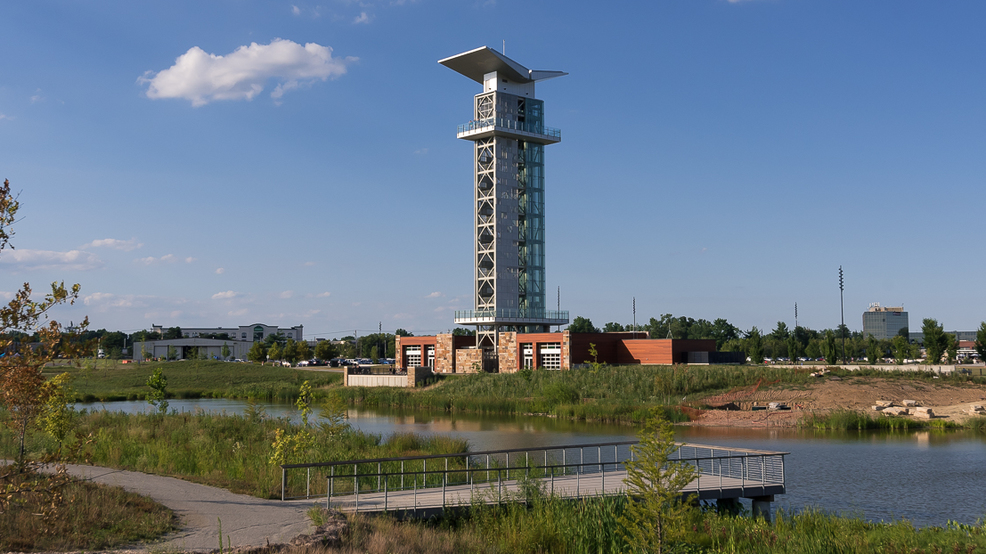 The Summit Park Observation Tower is a 153-foot tall structure located in Blue Ash. It's open to the public (hours: noon to 9 PM) and is free to visit. From the tower's top observation deck, visitors can see Downtown Cincinnati and Kings Island's Eiffel Tower among other elevated features in the surrounding region. It is the only structure of its size in a public park around Cincinnati. ADDRESS: 4335 Glendale Milford Road (45242) / Image: Phil Armstrong, Cincinnati Refined // Published: 7.24.18
SEE MORE

During the summer of 2018, visitors began their ascent to the top of a feature that literally towers over the rest of the park. A nine-story observation tower measuring a total of 153 feet tall rises at the precipice of a man-made lake near the northern edge of the park. It recently opened to the public, so we ventured north on I-71 to check it out. Here's the lowdown on the high-rise.

STUFF YOU SHOULD KNOW: