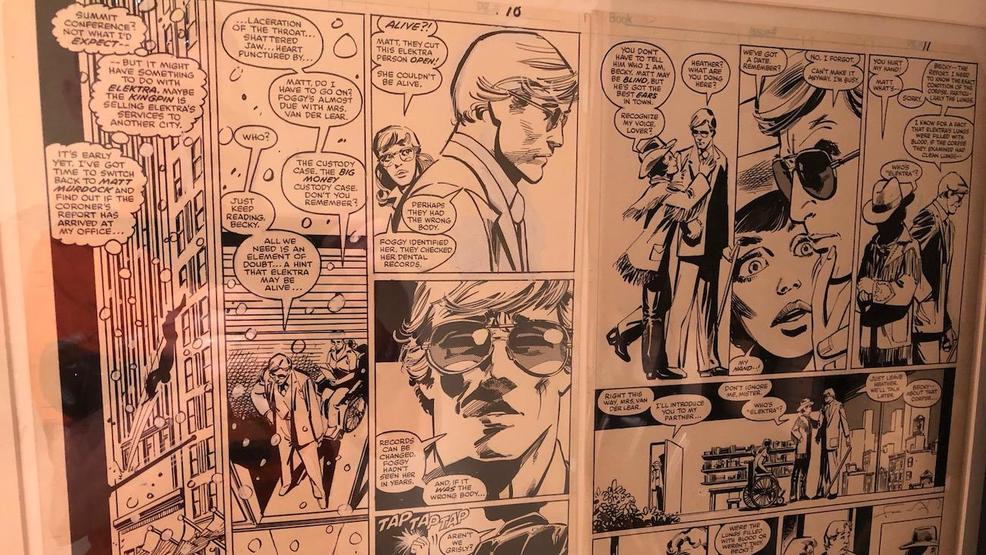 Together, this massive collection of comic artworks comprises the Billy Ireland Cartoon Library & Museum, and it’s all just up the road in Columbus.

The 30,000-square-foot museum of archives, located on Ohio State University's (OSU) campus, contains collections of work by Will Eisner (creator of The Spirit comics and the man credited with popularizing the format of the graphic novel), Pulitzer Prize-winning political Washington Post cartoonist, Nick Anderson, Walt Kelly (creator of Pogo), and Bill Watterson (creator of Calvin and Hobbes). There’s also an extensive collection of Japanese manga comics and an online blog just for that particular collection.

“Cartoons hold a mirror to American society,” notes Caitlin McGurk, the museum’s Associate Curator. “You can see elements of our society reflected in them, from politics and equality issues to fashion, generational shifts, sexuality, and so much more. Cartoonists are able to illuminate the concerns of the people and allow us to understand them—often through the lens of humor—from a new angle or perspective.”

With the museum as its heart, Columbus is in many ways the epicenter of the nation’s comic culture. Milton Caniff, the founder of the museum and creator of the comic strips Terry and the Pirates and Steve Canyon, grew up in Hillsboro and was an OSU grad. Billy Ireland, for whom the facility is dedicated, grew up in Chillicothe and penned the famed, early comic feature, The Passing Show, which ran in The Columbus Dispatch from 1908 to 1935.

Columbus is the annual host to the multi-day Cartoon Crossroads Columbus conference, which allows traders and passionate comic consumers alike to come together to network and share ideas and information. Further, the state of Ohio is home to many more current and past comic creators.

“Ohio is a hotbed of cartooning,” says Jeff Smith, creator of the comic series Bone and a Columbus native. “I can list literally dozens of great cartoonists from the state. It’s unbelievable.”

The museum offers a variety of rotating exhibits which currently include an exhibit of comics about medicine called Drawing Blood and various political cartoons in Front Line: Editorial Cartoonists and the First Amendment.

The library sponsors a variety of educational exhibitions, catalogs, lectures, seminars, workshops, and conferences. Tours of the stacks are available by appointment, but note that items from the collections are available only on site and may not be borrowed. No photography or videography is permitted without prior permission. The Billy Ireland Cartoon Library & Museum Art Database is searchable and includes portions of the collection of original art.

The Billy Ireland Cartoon Library & Museum exhibition galleries are open to the public and admission is free. Hours are Tuesday through Sunday 1-5 PM.