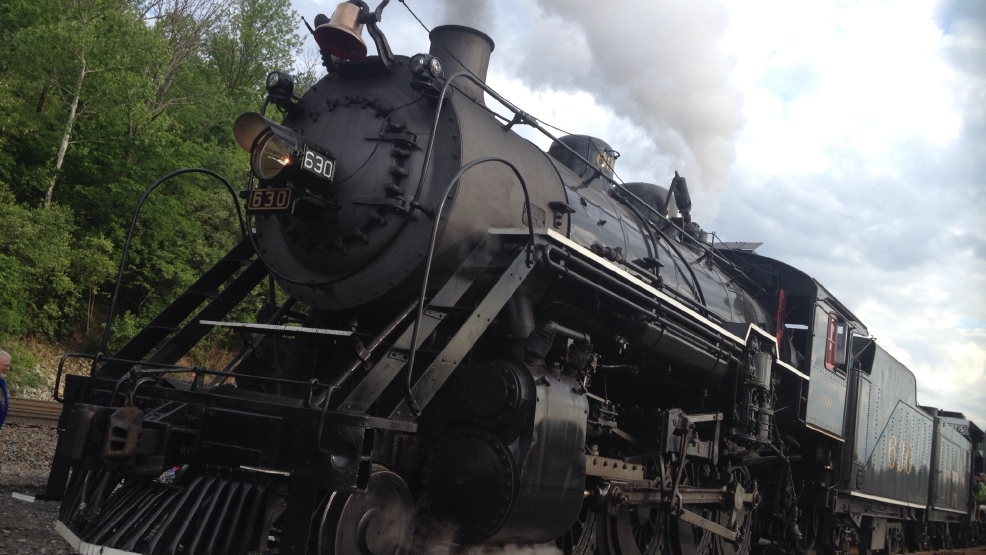 All Aboard the New Palm Royal

For the first time in over 25 years, a train carried public passengers along the Cincinnati Southern Railroad; the only railroad in the United States to be owned by a municipality, the City of Cincinnati. Completed in 1880 for $18 million, the line has been connecting the Queen City to Chattanooga, Tennessee for nearly 135 years.
Why the long wait to ride? As owner of the railroad, the City of Cincinnati earns income through leasing it to Norfolk Southern for operations. The decline of train travelers in the mid-1900s led the city to renegotiate the terms of the lease in 1987, allowing the rails to only carry freight in exchange for additional income. Today, Norfolk Southern operates 40 freight trains per day through the area, which generates $20 million annually for Cincinnati to use for infrastructure projects and road repairs.

In partnership with the Norfolk Southern Railway and Tennessee Valley Railroad Museum, a portion of the right-of-way was recently used for a weekend tour from Ludlow to Danville, Kentucky, located just south of Lexington. The voyage, New Royal Palm Excursion, shares its name with a hallmark passenger route between Cincinnati and Florida which operated from 1913 to 1970.

Pulling the 13 passenger cars was Locomotive 630, a steam engine built in 1904. Much different than the diesel engines used today, steam engines are powered by hand-shoveling coal into a boiler, which heats a tank of water into steam creating suction and combustion to power the vehicle. Steam is the majestic plume pouring out of the smoke stack, an image most associated with historic railroading in America.

Each day, over 600 lucky ticketholders piled into the series of Art Deco passenger cars, ranging from sleek silver-colored to traditional maroon and gold colors of the Tennessee Valley Railway. Saturday's guests were among the first leisure travelers along the railway since the 1980s. For those unable to obtain a coveted seat, many chased alongside the train in their automobiles on Dixie Highway; an easy task considering the locomotive's max speed was 40 miles per hour.

Pulling out all the f-stops, photographers and rail enthusiasts lined the route in every small town between Ludlow and Danville to catch a glimpse of the train. Passengers delighted in watching folks' faces light up as the train drew near, particularly when small town natives would run outside onto their porch, still dressed in their pajamas, at the sound of the locomotive's whistle.

Upon arrival in Danville, passengers were greeted by the entire town waiting and waving at the depot; a surreal experience that harkened a scene from an old timey movie. Locals helped us find our way to popular lunch spots and shops around town during a short afternoon layover in the quaint Southern neighborhood. After a few hours, it was back on the train for our return journey to Cincinnati.

Not only was the tour a momentous occasion for renewed passenger excursions, our route also crossed over the tallest railway bridge in the United States: High Bridge. Located in the Kentucky Palisades, High Bridge opened in 1876 as the first cantilever bridge in North America, built 300 feet above the Kentucky River. In addition to the scenic woodland views, passengers were treated to all the luxuries of train travel, including a fully-stocked commissary car, gift shop and lounge-style bathrooms.

The New Royal Palm is part of the 21st Century Steam program, which was started by CEO Wick Moorman of Norfolk Southern Railway in 2011. His goal was to highlight milestones in rail history and provide an opportunity for guests to learn about today's service-oriented freight railroads through bringing historic steam locomotives to communities along Norfolk Southern lines. A limited number of public excursions are offered each year, and judging by the vast turn out it is likely Norfolk Southern will continue its journeys from the Queen City for years to come.