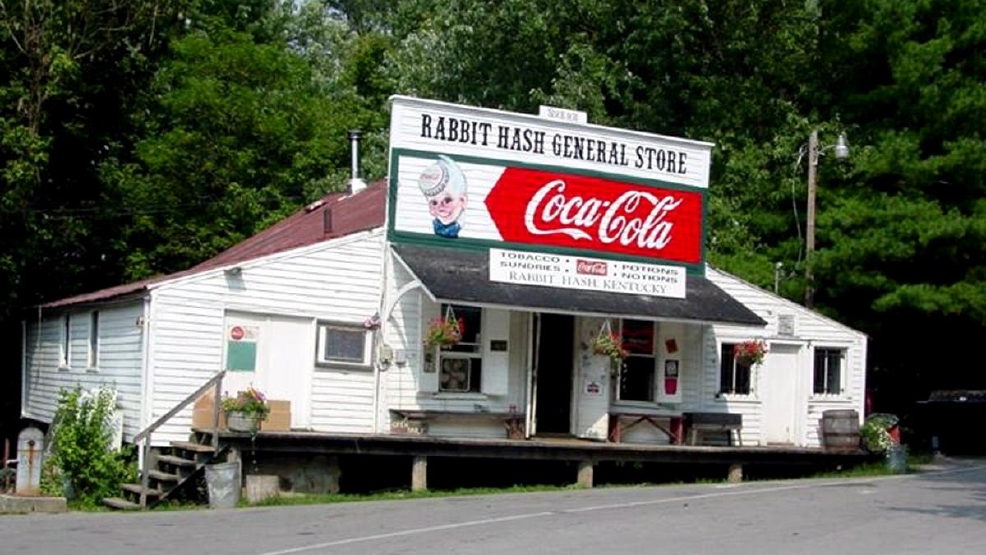 The Rabbit Hash General Store is basically the center of the universe. You'll see that when you go for a visit.
SEE MORE

A Day in Rabbit Hash

On the banks of the Ohio River in an unincorporated part of Boone County, the hamlet of Rabbit Hash has been delighting visitors from all over the tri-state as a retreat to simpler times. Travel along the winding roads of Route 536, the remote village is located about 50 minutes south of downtown Cincinnati and boasts a population of a whopping 315 residents.
Of course, managing a river town is no small task - that's why Rabbit Hash enlisted its best of the best for mayor: a Border Collie named Lucy Lou. In 2008, as America was watching the historic election of President Obama, citizens of Rabbit Hash were watching the votes pour in for their local government. Constituents had representation from across the board, including 10 dog candidates, a cat, an opossum, a donkey, and one human.
A fierce competition, Lucy Lou won by a cold, wet nose over top vote-getters Travis the Cat, and Toby, a three-legged Springer Spaniel. (The human placed dead last.) For 16 years, the town has been presided over by pooches and seems to be faring better than some nearby human-governed cities. Lucy Lou succeeds two previous canine mayors, the first of which took office in 1998. For the past six years, Mayor Lucy Lou has been warmly welcoming visitors to her town with an excited wag of the tail and lick of the cheek. Some quality time with her is a must upon visiting Rabbit Hash, and luckily for guests, she's easy to find. Just look for the chocolate brown and white fur coat near the General Store.
Speaking of, Rabbit Hash General Store is the most happenin' place in town. The self-proclaimed "Center of the Universe," touring musicians and craftpersons frequent the area. On any given weekend, you're likely to hear live bluegrass and folk music, browse dozens of vendors selling art, baked goods, and hand-made creations, or sit down for a listen and learn about the legacy of the town from local historians. Need something to eat? The General Store is fully-functioning with plenty of snacks, sweets and drinks for purchase. Sometimes you can also swing by the hall next door, drop in on a community potluck and sample some slowcooker goodness.
If thrifting catches your fancy, stop by the oddities barn across the street for must-have collectibles and country keepsakes. There's plenty to browse -- from decorative pieces to functional old-timey gadgets. The General Store also has a gift shop for you to stock up on all your Rabbit Hash nostalgia, as well as an antique room to find that treasure in the rough.
Of course, one can't beat the views of the river, just steps away from the main thoroughfare - a single lane road the crosses through the heart of town. Find a spot in the shade or take off your shoes and go wading; it's a peaceful way to slow down from a typical hectic lifestyle.