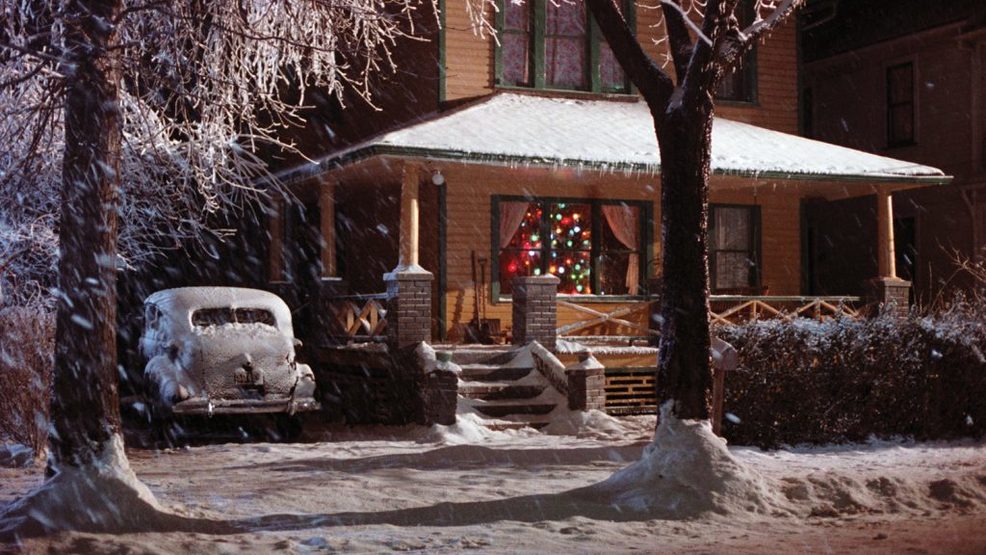 ‘A Christmas Story’ is a popular holiday film that was shot in Cleveland and released in 1983, but the story of Ralphie Parker and his holiday tribulations was actually set in a fictional Indiana town during the 1940s. / Image courtesy of Turner Entertainment via A Christmas Story House & Museum // Published: 12.8.18
SEE MORE

If you're looking to get away for the holidays, why not immerse yourself in the classic 1983 holiday film A Christmas Story by staying overnight in the house featured in the film. While the movie is set in Indiana, the actual house, now called A Christmas Story House & Museum, is in Cleveland. It was lovingly restored by a fan to resemble the exact home in the film and opened to the public in 2006. An apartment loft was added in 2017.

A Christmas Story, for those who haven't seen it, follows the quest for a Red Rider BB Gun by young Ralphie Parker. The home itself is interactive, so you can actually play with the replica props from the film and feel like you're starring in the movie. Take aim with the coveted BB gun, review Little Orphan Annie’s decoder ring, listen to Mrs. Schwartz go apoplectic on the phone, unpack the ‘major award’ leg lamp won by Ralphie’s father, and even bounce on Ralphie’s bed.

Guests in the third-floor loft get the run of the entire house all night long (once the public spaces on the first and second floors close for the day). We made good use of this opportunity and unpacked the leg lamp from its shipping crate. We aimed and posed with the Red Rider BB Gun. We played with the bowling ball and the Simonize wax, decoded the secret message in Ralphie’s bathroom, and tried a taste of the Lifebouy soap (as Ralphie would tell you, it’s not recommended).

The loft is equipped with a bedroom, living room, full kitchen, and full bath. There are sleeping arrangements for up to six, including a queen bed and queen sleeper sofa on the third floor, and the twin beds in Ralphie’s room on the second. Rates begin at $395 per night but can be double that during November and December. Guests check in at the neighboring gift shop, then access the loft. Access to the rest of the house starts an hour after closing to the public and goes until 9:00 AM the next day.

For a deeper cut into the fan experience, you can stay overnight next door at the Bumpus House. The home showcases a 1940s aesthetic with some hillbilly panache—just as you would expect if you've seen the movie. Just make sure to watch out for their smelly hound dogs, though.

Last year, visitors nearly topped 100,000 (up almost 20% from the previous year) with nearly 40% coming in December. The loft runs at 80% occupancy year-round, and nearly 100% in November and December. Weekend nights in those months book up over a year in advance, so be sure to book early if you want to be a real life Ralphie for a night.

You can schedule your visit and learn more about A Christmas Story House and Museum here.