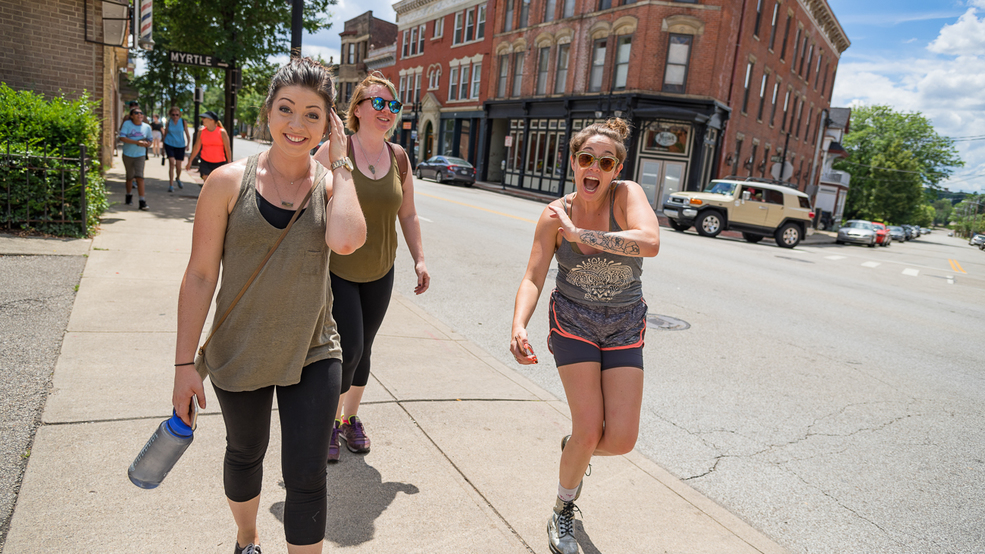 “As Urban Rangers, we bring people together to make a habit of purposeful walking, to explore the urban environment, and to be advocates for pedestrianism and our city's public spaces,” reads the About section of the Urban Rangers - Cincinnati Facebook page.

Hiking is fun. So why not do it where you live, too? People often head to the wilderness for sightseeing and exercise, but the Urban Rangers tweak that formula and meld the hiking mentality with our modern metropolitan landscape.

They gather in a public place and utilize public staircases and sidewalks to traverse Downtown and its surrounding neighborhoods, appreciating the architecture and inherent beauty of the urban core along the way.

The group stops occasionally to discuss history, patronize a local business, and catch their breath. And for those interested in snapping pictures, the hikes provide a veritable laundry list of subjects to photograph.

The group is organized by Cincy-sherpa Derek Scacchetti, a local artist and designer. If you don’t already know him, you likely know his work; most notably, he’s the art director for Coffee Emporium’s branding. He also did the graphic design for the Look Here! public history exhibition, and is the Creative Chair for the Cincinnati Preservation Collective (among myriad other projects).

Scacchetti had been mulling over the idea of planning an urban hiking group for some time, and our own story about walking to MadTree Brewing from the OTR Coffee Emporium helped encourage him to get the ball rolling on that project. After a logo and a Facebook page were created, his Urban Rangers group was ready to stretch its legs.

But Urban Rangers isn’t a one-trip-wonder. Scacchetti says the next trip is planned for July 22, and additional future hikes will be announced on the group’s Facebook page.

Check out the gallery above to get a sense of how fun urban hiking with good people can be.

Follow the Urban Rangers – Cincinnati Facebook page to stay up to date about future hikes, and check out Derek Scacchetti’s personal website for more info on projects he’s worked on.