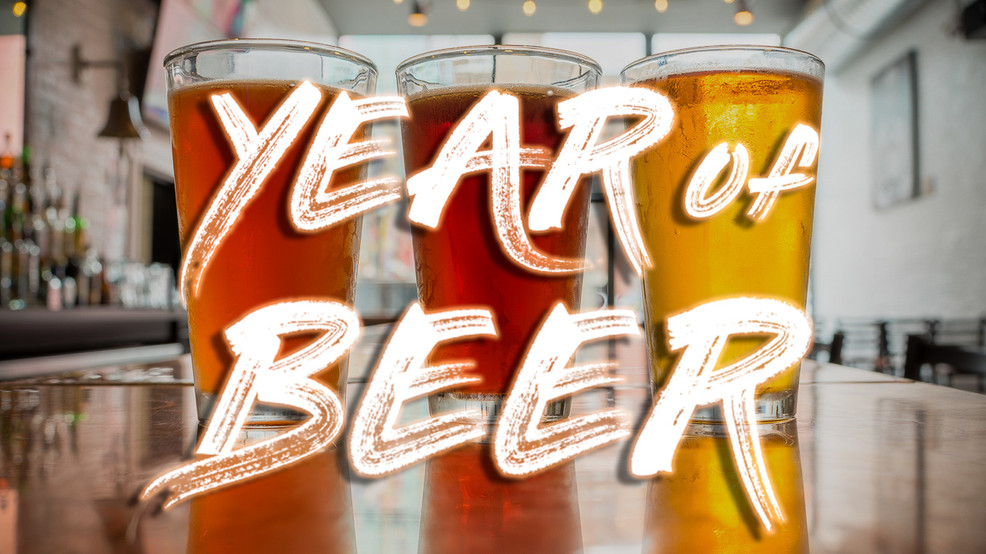 Not much has changed since last month. We are still social distancing, so I’m still pursuing the Year of Beer alone. Lucky for me, so many local breweries are making it easier to get their delicious beer into my needy fingers. I decided that for this month’s edition of the Year of Beer, I would show you some of those local breweries being creative and making it simple to get a beer without getting sick.

I’m a drive-thru connoisseur. Believe me. I’ve been on many a late-night Taco Bell drive-thru adventures and I have the body to prove it. So when I found out some local breweries were doing drive-thru for beer, I knew I had to take part. There are a few local spots doing this, but I chose Fibonacci Brewing in Mt. Healthy. The drive-thru was incredibly simple and they were clean and safe. Right next door to the taproom (where the drive-thru is), they have a small farm and Airbnb. I decided to stop for a second and enjoy the goats before I went on my way. Once I got home, I drank the delicious Pastry Stout with Coffee and Vanilla while overlooking the city skyline. It was a great end to the day.

Tucked away, at the northern end of OTR, a few blocks from the West End and on the cusp of CUF, is our city's newest brewery. They were slated to open their taproom in March, but due to the pandemic, they've been forced to stick to carryout. They make it easy to order online, though. You can get a meal, beer, and even hand sanitizer that's made on-site. They’ve temporarily suspended spirit production in order to go all-in on making sanitizer since there’s been a shortage as of late. Not only does their sanitizer hold up really well, but the beer is delicious, too. I decided to just show up and order at the door. I chose a growler of their Sun City Experimental IPA and six bottles of sanitizer to use for myself and give to some friends. The beer was citrusy and hoppy and the sanitizer has kept me fresh and clean.

There’s a lot of local breweries doing delivery, as well. So if you’re afraid to leave the house, you can still get the hook up on some of our city's best options for beer. Streetside Brewery does delivery every day during their open hours. You can sign up online for delivery or carryout. One of the challenges for delivery is that they choose certain zip codes as delivery areas each day, so you’ll need to make sure you’re in their delivery area on whatever day you're craving some of their audacious beer.

I ordered their beer to be delivered to the Clifton/CUF area. It came on a sunny afternoon, just as my craving was reaching its peak. While everything seemed safe and clean, I decided to go the extra mile and craft a pulley basket to send down from my home to the delivery driver. It worked perfectly and I was thrilled. I chose Suh, Brah?, their New England IPA. It was surprisingly light and citrusy, which was perfect for a warm evening.

Wiedemann’s describes themselves as Cincinnati’s oldest new brewery. It was started in Newport back in 1870 and resurrected a few short years ago. Now it is housed in a former funeral home in St. Bernard. They’ve been doing drive-thru and carryout, but I love their taproom, so I made it a point to do carryout just so I could get another look inside. It’s been a favorite taproom of mine to hang out in since they opened and I’ve been missing it, so getting to be inside for a few minutes as I waited for my drink and food (the pizza was so satisfying!) was bittersweet. I can’t wait to go back. The employees were keeping things clean and were friendly and helpful. I snagged the Wake Me Up Hazelnut Coffee Milk Stout and a small pizza and went on my way. Both were a great way to cap off my evening. In fact, since this pandemic has me quarantined, I decided to end the night with a shower beer. Things will only get weirder as this quarantine continues.

Last month, I ended this column with a call to support our local bars, restaurants, and breweries. Let’s keep it up. These places that have been here for us in some of our best and worst moments need us now more than ever. Let’s continue to be good neighbors and continue to enjoy good beer!

Check out previous editions of Year of Beer: