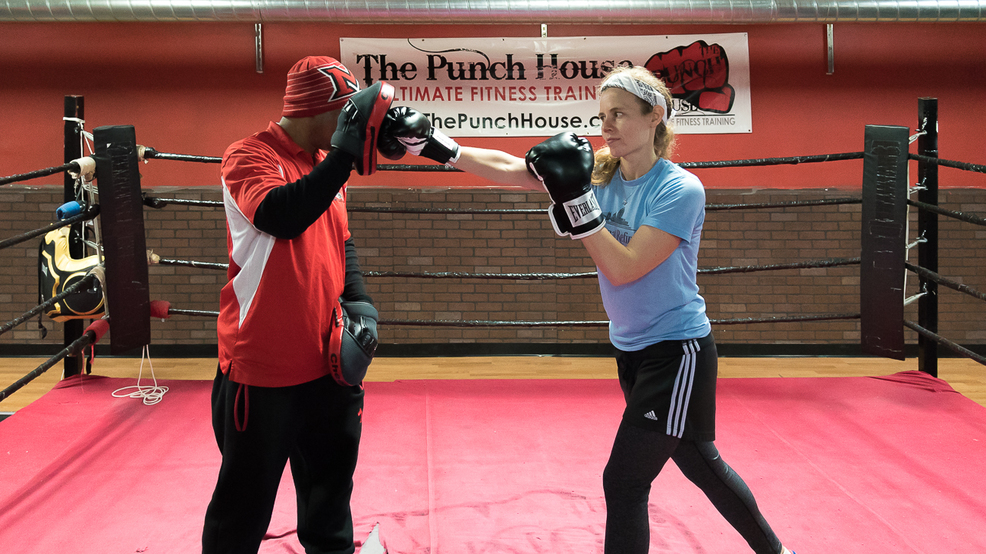 The Punch House is a North Avondale-based gym designed to teach aspiring boxers and fitness-lovers how to hit like a pro through an alternative workout. A personal instructor pushes you to achieve fitness goals while tailoring the program to your abilities. ADDRESS: 3911 Reading Road (45229) / Image: Phil Armstrong, Cincinnati Refined // Published: 3.23.18
SEE MORE

The notion of working out does not excite a good number of folks. And I get it. Until you can trick your mind into thinking that working out is enjoyable, it’s pretty well the exact opposite. It’s the item on your to-do list that sounds less appealing than laundry.

I actually love working out. But it was somehow much easier to do it as a kid, when I was involved in organized sports and seemingly had a whole other 12 hours in my day. Yeah, adulthood. [Insert collective grumble]

Here’s the good news, though. I recently discovered a workout that has me quite giddy—and motivated, the latter of which is the key detail. The Punch House is a boxing gym in North Avondale that employs the 1-2 punch to get one (or keep one) in shape. And if you’ve ever seen a Rocky movie, you know boxing is a killer workout. It’s also incredibly fun.

Danny Calhoun opened The Punch House in 2011. The seed for this fitness idea was planted years earlier, however, back in 2007 when Calhoun acted as a personal trainer to some friends. A boxer himself (with over 300 bouts under his belt), Calhoun knew the power the sport holds as a transformative engine of physical and mental change. That's why he opened a gym that uses boxing training to get others in shape. But rest assured, no punching of other humans is required. Just be sure to keep your hands up, or you'll learn the real meaning behind 'Abs by Adrian.'

At present, The Punch House has 140 members. And the makeup of the members tends to be professional men and women who are between the ages of 17-45, though there are a handful under the age of 12 and over the age of 46. Truly, all are welcome and could benefit from this high-intensity workout.

What I especially love is that—besides the calorie burn—boxing requires serious cognitive function as much as it does hand-eye coordination. If your brain isn't firing on all cylinders and beginning to auto-recall the jab-to-punch combos, you will a) know it, and b) pay for it. As in... 10 extra burpees for you, Leah. But that’s what makes it great. Boxing is a full-body workout. And for those willing to invest in its potential, the dividends yield "big league" gains.

So assuming you enjoy a challenge and are willing to put forth some serious effort into sculpting your 2018 beach bod, The Punch House just might be for you. To get you in the door, the first class (Intro to Boxing) is free. After that, the gym offers a variety of packages which range in cost from $30 to $98 per month.

Note: In the history of the gym’s existence, it has had three locations with a move to the current building in November of 2015.