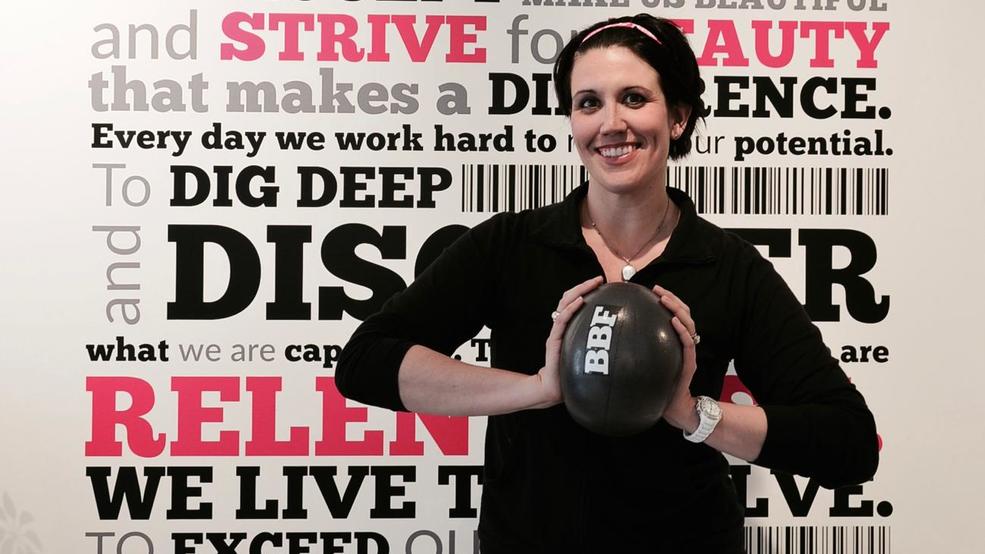 Take a little survey for me...

1. Do you exercise regularly?
*regularly, meaning 3-4 times per week

2. If so, what kind of exercise do you do?
running
weight lifting
yoga
other

3. How good do you usually feel after a solid workout?
eh, not sure if it makes a difference
pretty good, but it takes up a lot of time...
oh man, so freaking good
I couldn't survive without exercise

4. Are you still reading this story?
yes
no

If you answered "yes" to question No. 4 -- and if you have an interest in exercise -- hopefully you will stick with me for just a little bit longer.

Let's introduce you to the concept of "barre fitness." For those who aren't familiar, a barre class is basically a mix of ballet barre, yoga, and pilates. In other words, it's a full body workout intended to kick your booty. And guess what? A new studio opened in Downtown Cincinnati last month. (It was April 22, to be exact.)

Michelle Ziegler came across The Barre Code in Chicago in 2013. "It completely changed how I felt about fitness classes because TBC is so much more than an exercise program," said Ziegler. "I believe in TBC's mission and wanted to bring it to Cincinnati, where I started my professional marketing career nine years ago." She worked as a direct marketing consultant for dunnhumby.

Four years after that first TBC introduction, Ziegler has realized her dreams of bringing The Barre Code to Cincinnati and of running her own business. Now, to be fair, this isn't the only barre fitness option in Cincinnati. There are some Pure Barre and Barre3 studios around. But this is the only one in the heart of Downtown. Moreover, they go outside the confines of a traditional barre class, which has a fairly defined format. Ziegler's studio offers three different options, because, hey, variety is the spice of life.

Alright, intrigued yet? If so, head over to The Barre Code's website or visit 'em in person at 615 Main St.