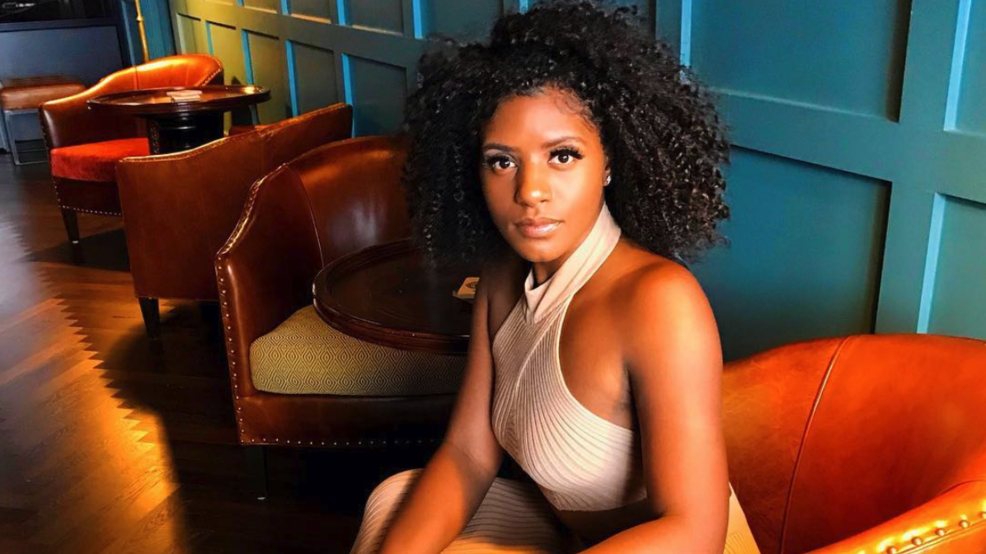 Ray Ball, a Bond Hill native, is the founder and owner of BallR Media—a one-woman digital marketing studio that's already seen immense success despite being around for only five years. Ray built her brand and company after honing her skills at social media, marketing, and other important areas to give her clients the best chance at succeeding. Her creative direction, contract negotiations, and marketing expertise have led her to accomplish much with BallR Media. She's done everything from working on political campaigns to launching clothing lines. / Image: Barcode Glam, via Ray's Instagram // Published: 12.22.19
SEE MORE

Cincinnati is home to a score of creatives beloved by the community for their artistic spirit, drive to succeed, and willingness to engage. Cast your gaze in any direction, and you're bound to find the work of a local whose vision for a more vibrant Cincinnati is in perfect focus.

Look Downtown, and you'll see murals painted by the artists of ArtWorks. Look to Covington, and you'll see the offices of renowned design and branding agency BLDG. Look to Northside, and you'll be hard-pressed to find an uncreative person in the entire neighborhood.

And if you look toward Bond Hill, you'll see Ray Ball, the founder and owner of BallR Media—a one-woman digital marketing studio that's already made big waves tsunamis despite being around for only five years.

The first thing you need to know about Ray Ball is her endless drive to do better and learn new skills is the reason she's the champion she is today. In her own words, she "learned to shoot her shot by doing."

The Bond Hill native earned a degree in Kinesiology and worked in orthopedics before starting a blog on the side years ago. That blog taught her the art of online engagement through social media, which ultimately led her away from setting bones to setting a schedule of quality content for other organizations. But she wouldn't work for others for long. After navigating the trial by fire, she emerged educated and ready to put to work what she'd learned by doing.

Ray successfully transitioned into a full-time entrepreneur with the creation of BallR Media. As the solo tour-de-force running the business, she worked with small companies and other entrepreneurs to realize their visions. Whether it be graphic design, creative project management, on-site management, videography, or any other service required to elevate a brand, BallR Media covered clients' needs. Ray's focus ultimately boiled down to making sure she made others look and feel good when they worked with her.

"With" is the keyword there. Together with contracted help from other creative locals, Ray deftly took her clients' projects to the next level. She's worked on various campaigns over the years, including running a successful political bid to elect Sedrick Denson into office as State Representative for the 33rd District of the Ohio House of Representatives. Much like she did in her earlier years, Ray cut her teeth on political activism by diving right in and figuring it out.

Her success continued. She also spearheaded a collaboration between two big-name Ohio apparel brands, Ohio Against the World and Tackma, to produce a clothing line that completely sold out of most sizes soon after launching. Ray's creative direction, contract negotiations, and marketing expertise was a huge reason the campaign was a resounding hit.

But arguably BallR Media's most high-profile success to date is the launch of an incredible shoe by the nation's most prominent athletic footwear brand.

Months after organizing a panel for Nike Air Max Day at Corporate in Hyde Park, Ray entered an application to Nike By You x Cultivator—a program that grants designers from all over the country the ability to create a custom Air Max shoe that would then go on to be manufactured by Nike. Her application was accepted, and she set to work on her design.

After about 50 revisions, she landed on the final blueprints for the Neighborhood Rose, a unisex shoe with multiple layers of color, each with their own meaning. The shoe went into production soon thereafter.

Though she's no stranger to hyping others' work, marketing her own product was a new challenge for her. "I had to be Michael Jordan instead of Scottie Pippen for this one," she says.

After a three-week marketing blitz, Neighborhood Rose was available for purchase online, though not for long; remarkably, the shoe totally sold out in its first week. Out of 37 designers working in the Cultivator program, Ray was the only person accepted from the Midwest and one of only five designers whose shoes sold out after launch.

Let that sink in for a moment. "Just Ray from Bond Hill," as she affectionately refers to herself, designed a custom Nike Air Max alongside an elite roster of designers from around the nation, and she was one of the only designers to sell all of their products.

Essentially, she's running workshops in other communities in addition to Cincinnati to empower their residents, specifically kids, to become active in supporting the people around them. Neighborhood Rose means to encourage youth to pursue their creativity in addition to monetizing it. The #MyHoodTaughtMe Tour brings that concept to those communities.

Though Ray never had a program to catalyze her own career the way she's providing opportunities to others, it speaks volumes about her can-do attitude and boundless energy to make her dreams—and the dreams of others—happen. Even when she made mistakes and ran aground, she kept moving forward to accomplish her goals.

"Shoot your shot. Some of them are going to go in, and some aren't. At the end of the day, you have to keep going," she says. "Every season you're in will end, and you come out stronger for it."

Ray and BallR Media can be found at iamrayball.com. Events can be found on the event page of her website. Connect with Ray by email or on Twitter, Instagram, and LinkedIn.