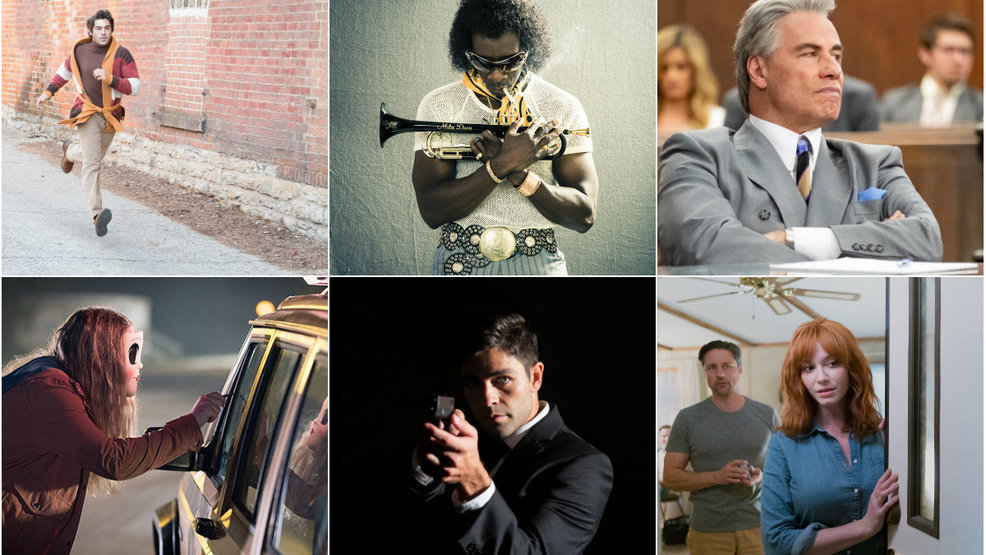 Many locals know Brian Douglas as prominent deejay of radio station Q102 from 1987 to 2015. By his own admission, he "loved it. Loved every minute of it." So when he decided to leave behind the job he adored to pursue a new passion – as a still film photographer – many were baffled.

“I get asked that question a lot,” he says. “It seems insane, but you know what? I quit a lifelong dream job to run away and join the circus and I've never looked back.”

Douglas' departure was big news when it was first announced years ago, but so far, no outlet has checked in to see how his seemingly incongruous career change is going. Except, well, us. (We're nosey like that.) In this Q&A by phone, Douglas answers that “why” question for a broad audience, plus shares every hand-wringing moment of his new pursuit.

Cincinnati Refined: Why leave a job you loved, and likewise where people loved you, for such a risky unknown?

Brian Douglas: It wasn't a midlife crisis by any stretch of the imagination. I was living the dream and I just went on to another one. All my kids are either at or graduated from college and my youngest moved to Los Angeles to go to school and I just thought, "You know what... " I had been taking photographs all my life and before I left the show, I was shooting magazine ads for guitar companies and working for bands and I just thought, I love movies and I love photography, so I wanted to take a shot at it. And it's worked out beyond my wildest dreams. I'm extremely blessed. I've done 32 projects now. I'm very, very thankful. I've been working a lot and that's something you can't count on in this business.

CR: Where are you now?

BD: I'm in Savannah, Georgia, and I'm on a seven-week shoot here with John Travolta, Morgan Freeman, and Forest Whitaker. The movie's called "The Poison Rose." It's a film noir movie, and it's been a great shoot so far. I've never been to Savannah and it's gorgeous. It's hot, but gorgeous.

CR: Do you get time on shoots to explore cities much?

BD: Unfortunately, no. We work at a minimum 12 hours a day and sometimes longer. I'm not complaining. I absolutely love what I do or I wouldn't do it. You get two days off, but after working those hours, you don't really feel like getting out and doing a lot. I visited Tybee Island here for a day and went down to the old parts from the 1700s the other day for a little bit, but honestly, there's a lot of work that goes on after you leave the set as far as editing and downloading (photos) and all that so it's not just the time on the set.

CR: How did you first break into the business? I imagine this gig is a highly coveted one; plus, you had little professional experience to start.

BD: I'm very passionate about what I do and I think passion – in any walk of life – with a modicum of just a little bit of talent, will win out every time. I was lucky, too, that I was in Cincinnati because Cincinnati has a film commission and Kristen Schlotman and her staff do an amazing job. They really do. She opened the door for me. She made the connection and got me in front of Don Cheadle. I owe Kristen. She does a lot for the city and brings a lot of money into that town and loves what she does.

CR: What advice would you give to people who want to make a similar career transition regardless of industry?

BD: With me, it was prayer. It was a lot of hard work and a lot of hand-wringing. Maybe I'm overstating that. It wasn't like I was freaking out and scared to death by any means or I would've stayed right where I was. I had the world's greatest job and worked with great people. I don't know. It was just a gut feeling and something that I really felt strongly about.

It was a leap of faith, one that I did a lot of research about. I was either naïve enough or brave enough or silly enough to reach out to probably the six biggest motion picture still photographers in the business all around the world. I emailed them and explained my situation very succinctly and asked them questions, and you know what? All six of them emailed me back and encouraged me. That's odd. Usually any field is so competitive, people aren't like, "Here’s what you need to do," or, "You should go for it." They encouraged me, and honestly, some of those people are still my mentors today, years later.

At the end of the day, this was something I felt really good about. I could've fell flat on my face, but I didn't. Not to say I haven't had my share of learning lessons along the way, but I think everybody does in life with anything. Again, I think it comes down to passion and ability. If you're passionate about something, nothing can get in your way.

CR: What’s been your favorite shoot so far?

BD: My very first movie was one with Don Cheadle and Ewan McGregor in Cincinnati and it was a movie called "Miles Ahead." Don Cheadle really gave me my shot because they had to sign off on it, and I had never done a movie before. That movie has always held a very special place in my heart and it was an amazing shoot. I love shooting period pieces because there's just so much to capture and so beautiful. That movie was extraordinary. Matter of fact, the production designer on that movie was Hannah Beachler who just did "Black Panther" and did "Creed" and "Moonlight" and "Fruitvale Station." She's so crazy talented. She made this beautiful canvas for me to capture with these amazing actors.

CR: As a native of Cincinnati, what’s it been like to see the recent explosion of movies filmed here?

BD: I remember the movies that were filmed here in the mid ‘80s, like “Rain Man” – an Oscar winner; “Tango and Cash;” “Rage in Harlem.” And then all of a sudden, it just went away. I never understood why. But Kristen is a go-getter. She loves Cincinnati; she fights and fights for Cincinnati. Then, honestly, the tax credit Ohio decided to give to films helped a lot. Plenty of other states are doing that all across the country. Plus, we have some extremely talented people who work in the movies and live in Cincinnati. Years ago, they had to fly everybody in – that’s not the case anymore. I’ve worked on some big films recently in town, and I want to say 90 percent of the crew was from Cincinnati.

CR: That’s a nice segue for me to get a little gossipy. Which actors have been your favorite to work with?

BD: I've done five movies now with John Travolta, and he's one of the kindest people on the planet. I love working with him. I've been really lucky. I've worked with Arnold Schwarzenegger and Sylvester Stallone and Bruce Willis. It's been great, and as big as those names are, the icons, I've worked with some extremely talented names you probably wouldn't know that have been just so much fun to shoot.

CR: And which actors have been your least favorite to work with?

CR: [Puts on whiny voice.] Really? You won't give up even one?

BD: I could honestly go down pretty much every movie I've worked on and mention someone's name that I really enjoyed working with. Zac Efron, we just did the Ted Bundy movie earlier this year in Cincinnati and Northern Kentucky and he couldn't be any nicer. John Malkovich was in that movie. He was cool. Honestly, at the end of the day, how miserable can it be if you're working on a film set, you're in the movies, they feed you twice a day, they pay you well and you're living your dream? How bad really can it be? It's hard work but I'm very thankful.

Click through the gallery above to see some of Douglas' work, and visit his website for more.