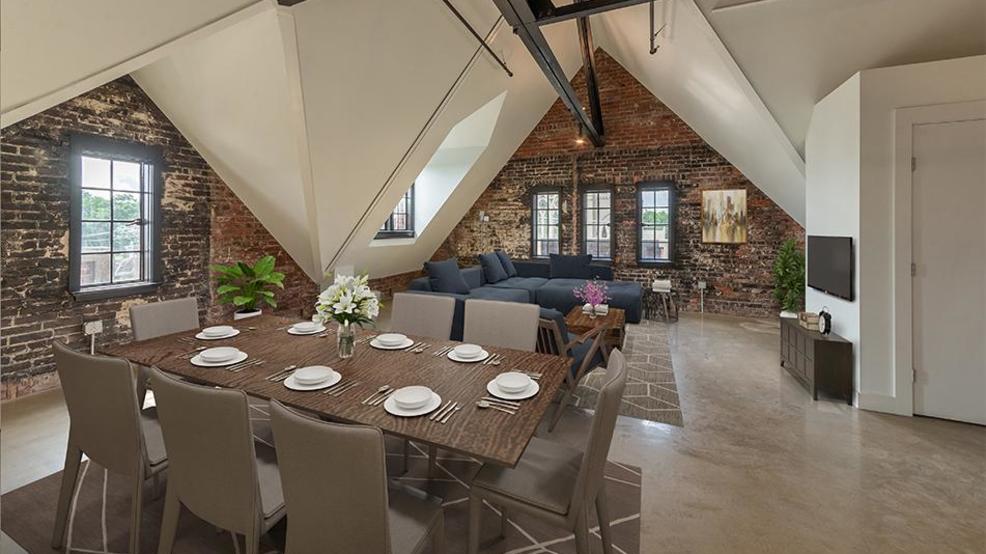 The Williams, located at 1228 E. McMillan, features 29 new apartments in the former W.J. Williams YMCA building in East Walnut Hills. The Oval Room Group did virtual staging for the project to give potential tenants a better idea of how to utilize the space. Floor plans include granite countertops, hardwood, concrete, and carpeted flooring, and more. The apartments are now available for rent. / Image courtesy of Oval Room Group // Published: 9.17.19
SEE MORE

They say a picture’s worth a thousand words. If that kind of mantra holds true, one could argue the Oval Room Group’s work is essentially priceless.

It’s a touch dramatic, sure, but the company, which offers virtual media services, is carving out a niche in the real estate market and turning heads, quite literally, with its 3D tours and more.

These days, Oval Room Group (formerly 513 Oval Room) is under new ownership. Alex Taylor and Tim Haines, who are partners in another business called Relocation Strategies, recently acquired the company from original backer, Ted Dahmus, and moved it into its new digs earlier this year. The historic Mohawk building along Central Parkway is the company's new home, which dates back to 1876. There's still that new carpet smell, but plenty of old touches remain. The conference table was crafted from an original fire door, and they converted the old elevator shaft into a “huddle room.” The elevator has been lifted and pinned in place, which Taylor considers the coolest spot in the office. The space serves as the perfect backdrop for some exciting projects, some of which involve historic rehabs around Greater Cincinnati.

Oval Room Group officially launched in 2017, making waves with millennials with its 3D virtual tours that largely showcased residential homes for sale. Now, Taylor and Haines aim to bring the company more into the commercial space.

“People have seen enough house renovations on TV shows to know the before and after, but when it comes to old or historic buildings, it’s very hard for them to visualize what a 20,000 square foot space could look like,” Haines says. “So we’re taking it to the next level.”

To that end, Oval Room is a one-stop shop, a “jack of all trades” as Haines describes. The company offers “visual media solutions,” or, in other words, 3D tours (360 degree scans that are taken using a specialty camera so viewers can essentially walk through a home, apartment, or commercial space without ever leaving the couch), virtual renovations (to show a property’s potential before construction), virtual staging (created using an HD photograph and dropping furniture in digitally), floor plans, drone work, renderings, and more.

All the 3D tours are VR compatible, which means they can be viewed via headset or computer.

“There’s a misconception that virtual reality is a bunch of gamers with their controllers and headsets sitting in their mom’s basement,” Taylor says. “That’s not what VR is. You could put on a virtual reality headset, see a few spaces, then decide where you want to go, instead of driving all around town on a Saturday.”

The technology is very useful because visual media in real estate is fractured. If you want a photographer, for example, “that’s one vendor, one invoice, one process, one schedule,” says Taylor. If you want a drone, same thing. A rendering would potentially involve an architect or design firm. And virtual staging is nearly impossible to come by.

“There [are] very few people out there that can do what we do,” Taylor says. “And if they do, they’re going to [outsource it], and it tends to have long turn-around times, it tends to be just as expensive, and it’s poor quality. We’ve heard horror stories of brokers and agents saying, ‘I sent something over to this company in India. It came back and there were five ovens in the kitchen.’ I think a lot of people want to come in, sit down with someone, and say, ‘Here’s my vision for this 20,000-square-foot office space. Here’s what I really want to see.’ And we can work alongside them to design it.”

As if on cue during my interview, the sales bell rings—the sound of another successful deal. Oval Room is in startup mode. Haines says they’re continually investing in personnel and technology, but there are big goals. He sees Oval Room as a national brand, and the plan is to take the company to a national level. It’s the main reason he and Taylor dropped “513” from the original company name.

In that latter category, Oval Room is bringing its expertise to projects like the John R. Green Lofts in MainStrasse Covington and The Williams in East Walnut Hills. The Williams, formerly the W.J. Williams YMCA is also on the National Register of Historic Places and will feature 29 new apartments available for rent. Oval Room Group provided virtual staging.

John R. Green could be at least a two-year affair, Taylor explains. The plan is to preserve and convert the building (a former school supply house) into a mix of offices, luxury apartments, and retail space. Oval Room is doing a preconstruction 3D virtual tour to document the space, virtual renderings to show its potential both inside and out, and an additional 3D virtual tour post-construction to serve as extra marketing material.

“The goal [and] the benefit for [the developer] is to have 80 percent occupancy when that building opens—once they put that last coat of paint on, the next Monday morning, everyone is moving in,” says Taylor. “I can extremely, confidently say, a broker who uses us will have a much easier time listing or leasing then if they were just walking people through a [vacant] space. If a picture’s worth a thousand words, this without question is a big aid.”

The project is slated for a spring 2021 completion.

To learn more about the Oval Room Group, visit their site.