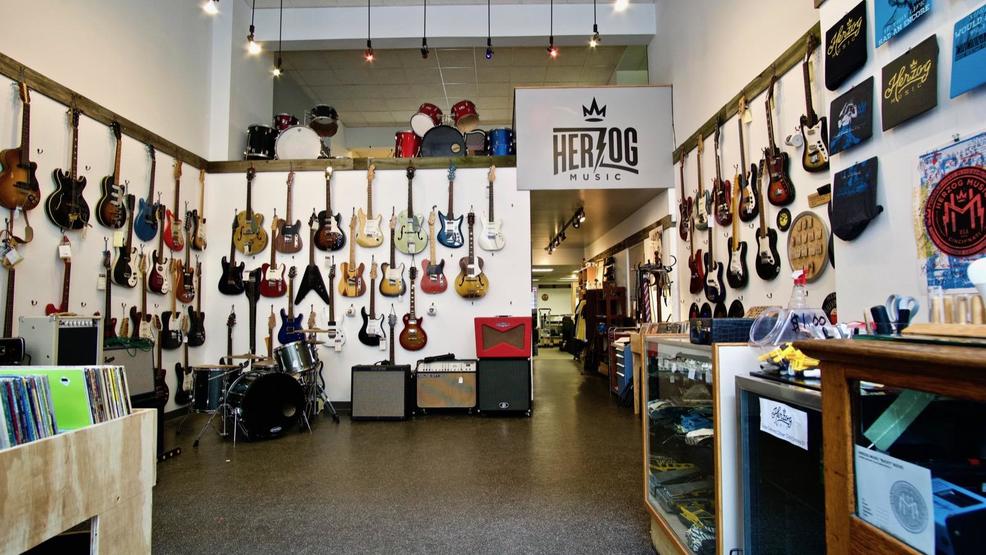 Listen to it now and the yodeling alone might turn you off, but “Lovesick Blues” was a national hit in 1948 when Hank Williams recorded it at Herzog Studio on Race Street.

Williams would return to Herzog Studio the following year to record another hit, “I’m So Lonesome I Could Cry.” And though he might be the most famous musician to have found a bit of magic there, he’s far from the only one. Indeed, over its 10 years of business, Herzog Studio tracked several groundbreaking records by such artists as Bull Moose Jackson, Flats & Scruggs, and The Delmore Brothers.

Then in 1955, the studio closed, and with that, yet another piece of Cincinnati’s illustrious musical history was lost.

But not forgotten. That's thanks to the Cincinnati Music Heritage Foundation (CMHF), which became a tenant of the Race Street building in 2010. Seven years later, it partnered with Elias Leisring, owner of Eli's BBQ, and some of the foremost names in Cincinnati’s rejuvenated music scene to create something special. That something is Herzog Music.

Walk inside and the first thing you’ll notice is the wall of spicy-hot electric guitars. Pry yourself away, and you’ll discover yet another room with another wall of guitars, these wood-framed and paired with mandolins, debros, basses, and ukuleles.

Press further into the store and you’ll find yourself among crates of vintage vinyl. There are turntables here with speakers, amps, receivers, equalizers, mixing boards, mics, and all the stuff every budding musician needs to rock out or yodel, as it were.

Still, Herzog Music is more than a retailer (they might prefer the term steward) of instruments, equipment, and vinyl. It’s an homage to its namesake. As such you’ll see old photos and pieces of memorabilia commemorating what Hank Williams and many others accomplished there.

It’s also a veritable music emporium, with shows, LP releases parties, and plenty of studio space thanks to a partnership with CMHF. It even hosts instructors from Queen City Music Academy, who offer individual and group lessons as well as free monthly clinics, all with an eye on growing Cincinnati’s next generation of talented musicians.

It's a goal Leisring, CMHF, and everyone else at Herzog Music share. That's why it's fast becoming a coveted space to record and appreciate music in the Queen City once again.