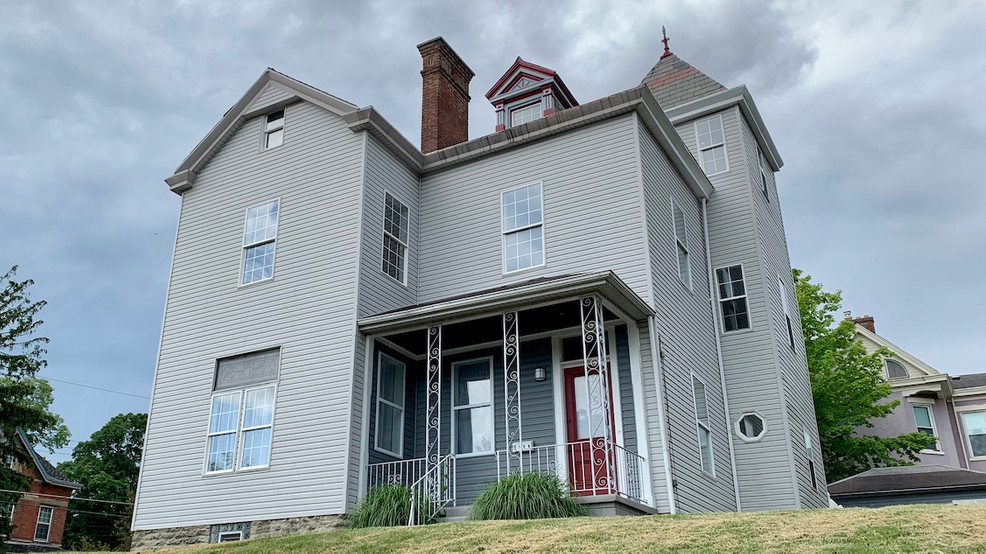 In 2017, Mike and Lois Moore purchased the house across the street from them in East Price Hill. Over the course of several years, the house underwent a significant renovation that turned the 3,117-square-foot, five-bedroom, four-bathroom Victorian home into a modern abode fit for the pages of a glossy magazine. It's currently on the market for $275,000. / Image: Leah Zipperstein // Published: 7.27.20
SEE MORE

In 2017, when Mike and Lois Moore purchased the dilapidated house across the street from their East Price Hill home, they knew that the restoration would require some effort. And the Moores knew that the former owner who lived there since 1999 was a collector. What they didn’t realize was that his collections ventured into hoarding territory.

“Once we started to clear out the house, we literally found 44 tires in the basement. Who keeps 44 tires in a house?” Mike said. “But that’s the kind of guy [he] was. If it was still of 25% value—regardless of age—he kept it around just in case.” They also found at least 20 large-tube TVs, a few couches, transmissions, and over one hundred gallons of water perfectly preserved in bottles.

Underneath layers of dirt & dust, the Moore family knew they had a beauty on their hands. The 1892 home, built in the Victorian style, had several hidden highlights waiting to be revealed. From the original tiled fireplace on the first floor (including its original gas log that still works) to a set of gorgeous French doors to the showcase stairwell, there’s an abundance of features that make this 3,117-square-foot home, located at the corner of Considine and Murdock, a total knockout.

No one was better equipped to overhaul the property than Mike, who has a 35-year background in home renovation and who lives in the neighborhood. “I have worked with a lot of homeowners to create their dreams as well as taking care of their problems,” Mike explained. “Most of the time, I believe that we are problem-solving, and once we have solved the problem, then we’re painting a picture. My job is to introduce a couple of new strokes in that picture—ones that the owner might not have seen or even knew existed or could be painted— while preserving the integrity of the home and the ideas of the homeowner.”

In the case of this makeover, Mike wanted to respect the ancestry of the house while bringing things up to date. He kept the layout the same. With anything that could be refreshed, though, it was. There’s new flooring, countertops, appliances, windows, cabinets, HVAC system, and even a brand-new driveway. Anything that could be salvaged was. For example, when Mike took apart the old windows to install new vinyl windows, he saved the original casing and reinstalled it.

Often in my conversations with Mike, I’d get lost trying to follow the nuanced details of the project. There was a lot that happened to get this home to the state it is today. And while I couldn’t always process it, I could easily appreciate and recognize the passion that Moore has for his work. He’s not some fly-by-night investor/home flipper. He’s a true craftsman. He’s someone who cares deeply about leaving things better than how he found them. He’s someone who’s invested in the positive revitalization of the Incline District.

All it takes is one look through the gallery above to see that on display.

3120 Murdock Avenue is a 3,117-square-foot home in East Price Hill listed for $275,000. It has five bedrooms and four bathrooms (two half and two full). The home was most recently bought in 2017 by Mike Moore, a local remodeler, who has spent the past two-and-a-half years renovating it. Moore can be reached directly by phone at 513-652-9001 or by email at 4creativeremodel@gmail.com.